Uhuru: Kenya Rejects ICJ Ruling. We Will Protect Our Territory by ALL AVAILABLE MEANS 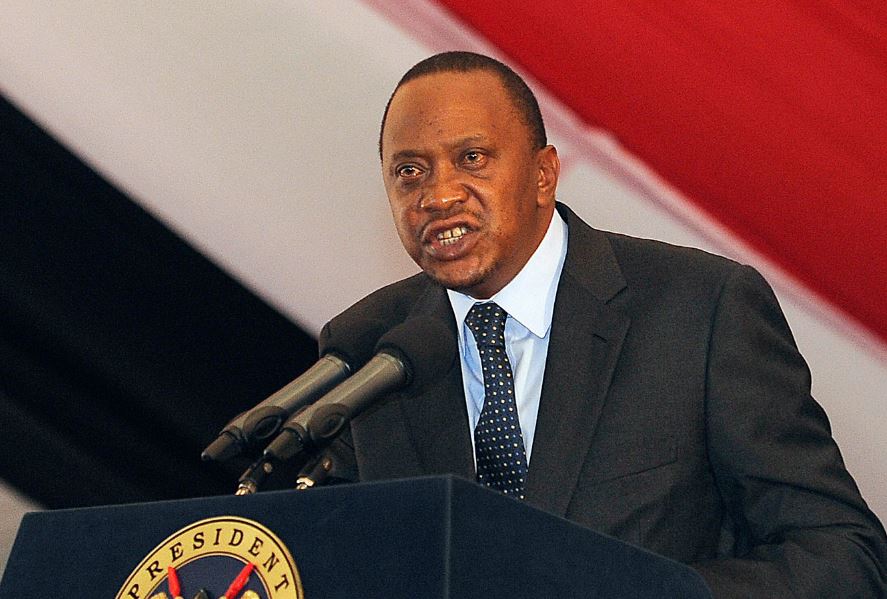 Following the ruling by the International Court of Justice (ICJ) on Tuesday, that favoured Somalia in our ongoing maritime border row, President Uhuru Kenyatta has released a statement.

The president said that Kenya rejects that ruling in its totality.

In the statement, Uhuru implies that the ICJ is being used by ‘international organizations’ as political tools against African countries. He also argues that the court did not permit the use or exhaustion of regional dispute resolution mechanisms, like the African Union.

While opening the door for further diplomatic solutions, Uhuru stated that Kenya is ready to protect our territory ‘by all available means’. 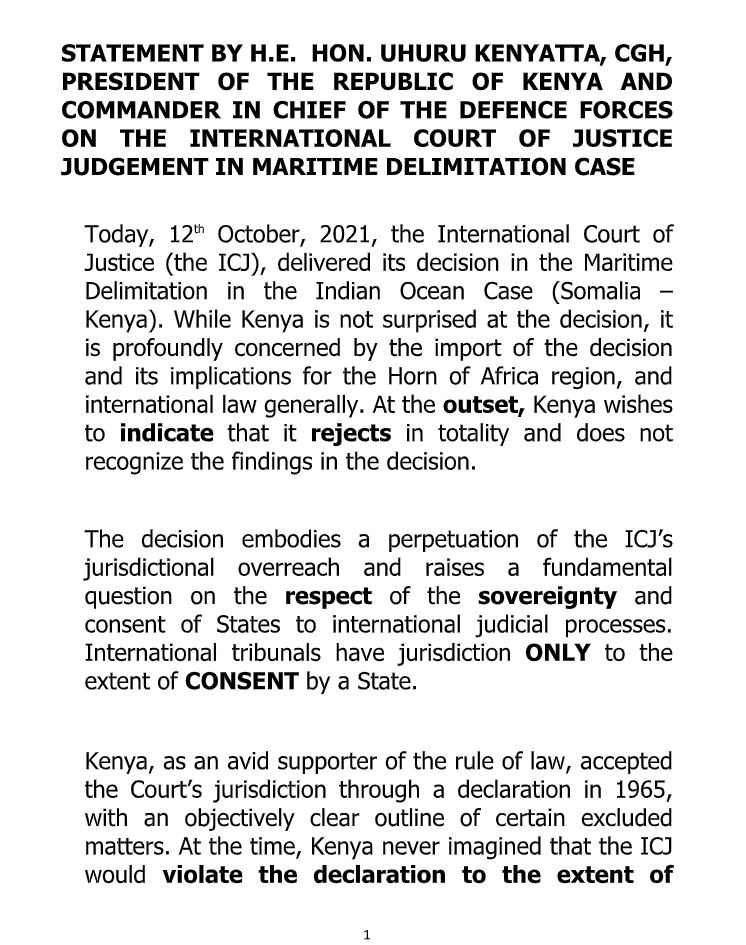 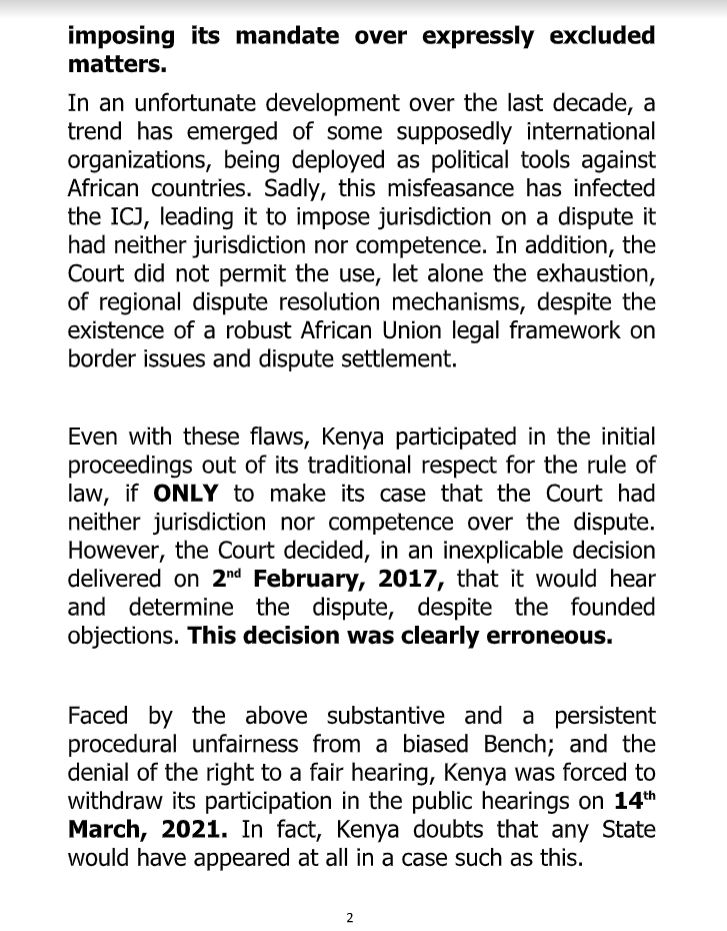 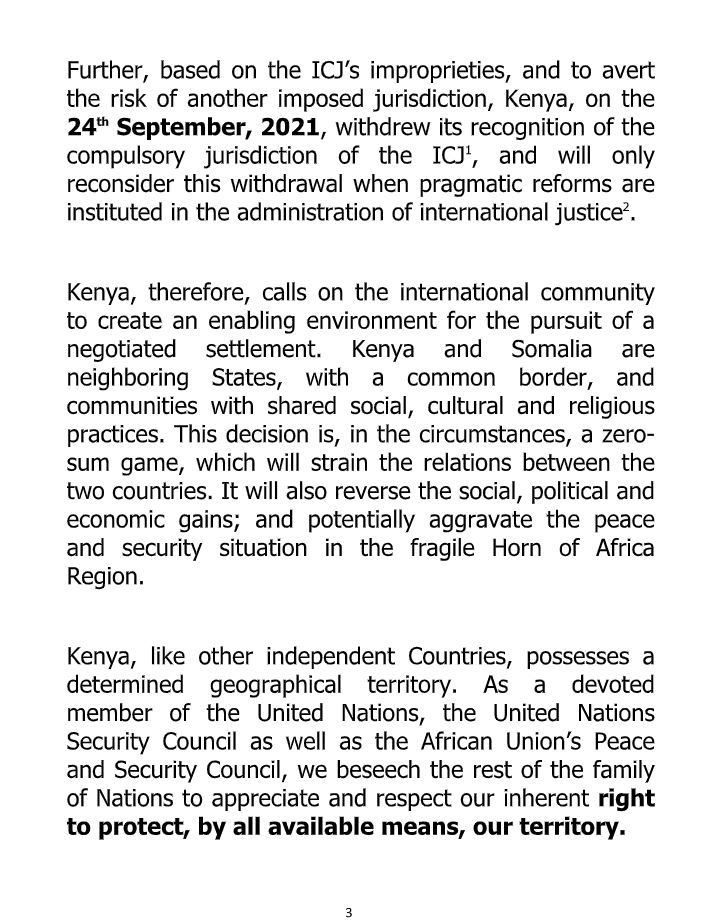 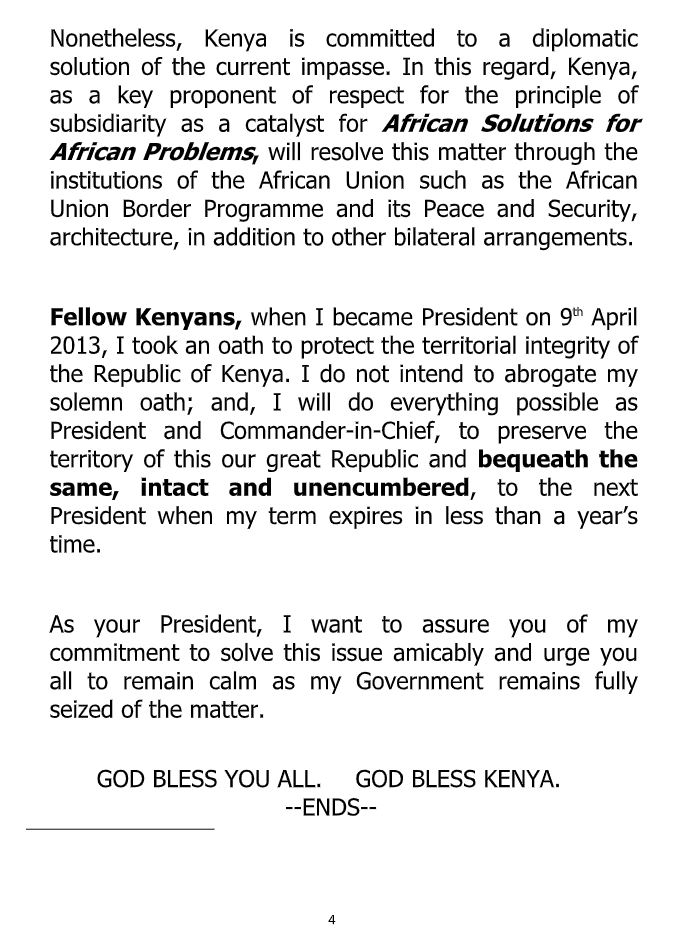 Eliud Kipchoge’s Signed Water Bottle Auctioned for Ksh44K < Previous
Joe Biden To Host Uhuru Kenyatta at the White House Tomorrow Next >
Recommended stories you may like: