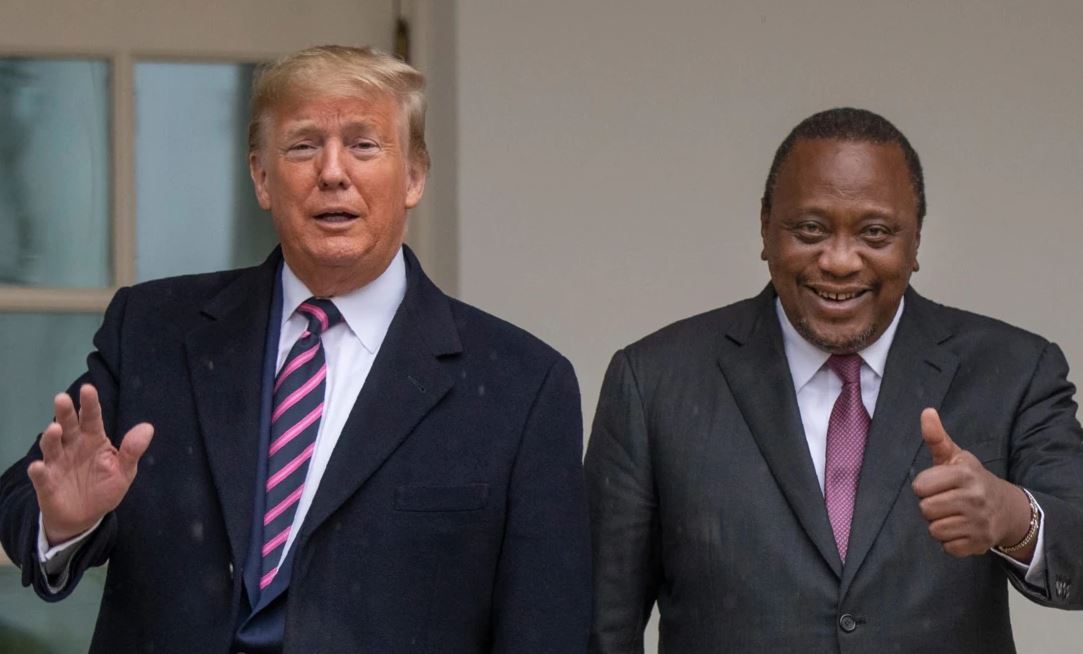 President Uhuru Kenyatta will once again be hosted by a United States President at the White House. 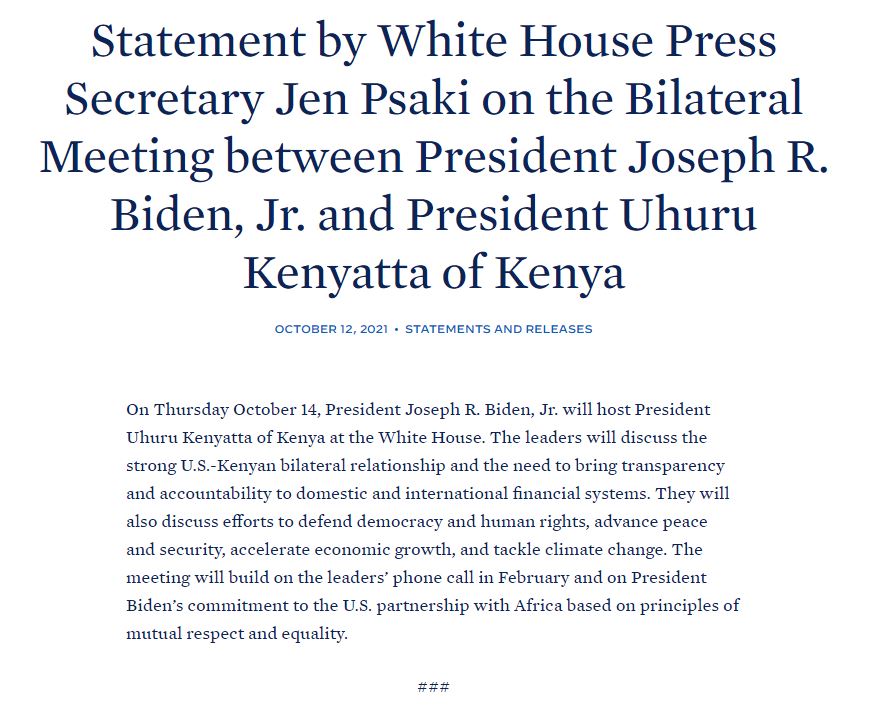 On Thursday October 14, President Joseph R. Biden, Jr. will host President Uhuru Kenyatta of Kenya at the White House. The leaders will discuss the strong U.S.-Kenyan bilateral relationship and the need to bring transparency and accountability to domestic and international financial systems. They will also discuss efforts to defend democracy and human rights, advance peace and security, accelerate economic growth, and tackle climate change. The meeting will build on the leaders’ phone call in February and on President Biden’s commitment to the U.S. partnership with Africa based on principles of mutual respect and equality.

Uhuru has previously twice been hosted at the White by former president Donald Trump. First was in 2018 and then again in 2020.

While Uhuru visited the White House during Obama’s administration, it was not a bilateral meeting, but rather a meeting involving many other heads of state.

Prior to this meeting, Joe Biden had spoken to Uhuru on phone in February.

Uhuru: Kenya Rejects ICJ Ruling. We Will Protect Our Territory by ALL AVAILABLE MEANS < Previous
Did Raila Wear Ksh400,000 Jordan Sneakers? (Verdict) Next >
Recommended stories you may like: