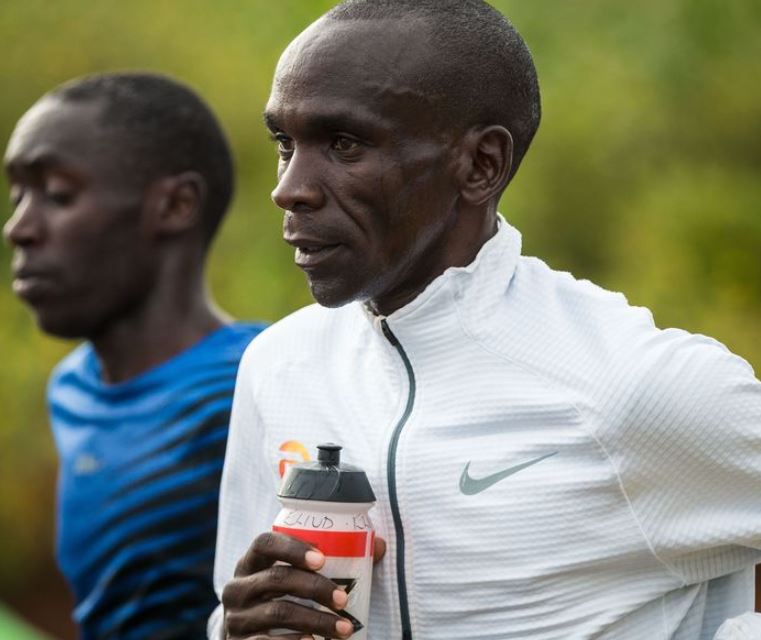 The charity auction for special objects from Eliud Kipchoge’s running career has since closed, raising a significant amount for the marathoner’s eponymous foundation.

Catawiki opened the charity auction on September 24 and by October, 3, all the items had found new owners.

One of the items was a water bottle that Eliud Kipchoge sipped from on the weekend of the World Record at the 2018 BMW Berlin Marathon. 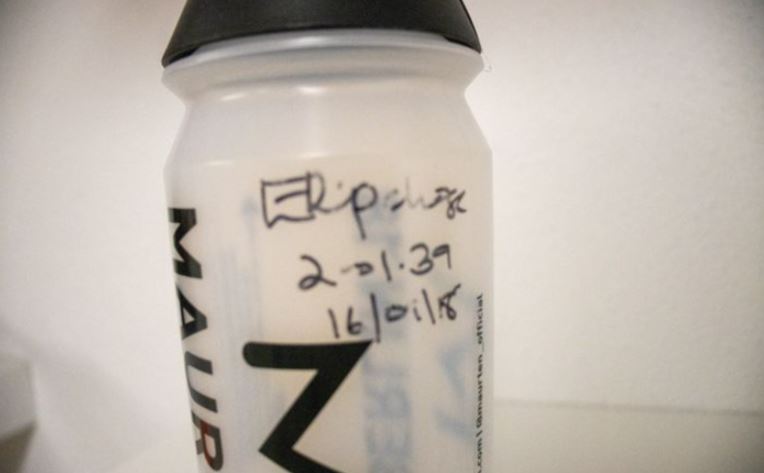 The signed water bottle, which comes with a Certificate Of Authenticity from the management of Eliud Kipchoge, fetched a cool €350(Kshs 44,800). 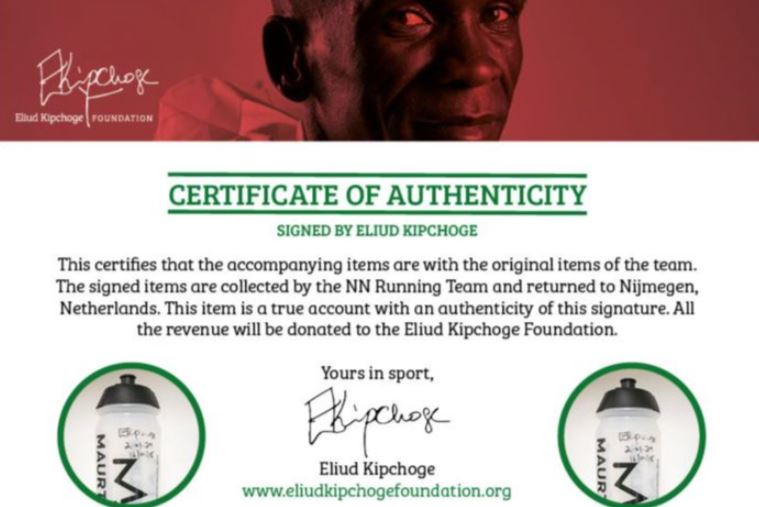 All the items fetched about €5,499(Kshs703, 878), funds that will go towards the Eliud Kipchoge Foundation that supports childhood education and environmentalism in Kenya.

Take a look at all the items and their winning bids below. 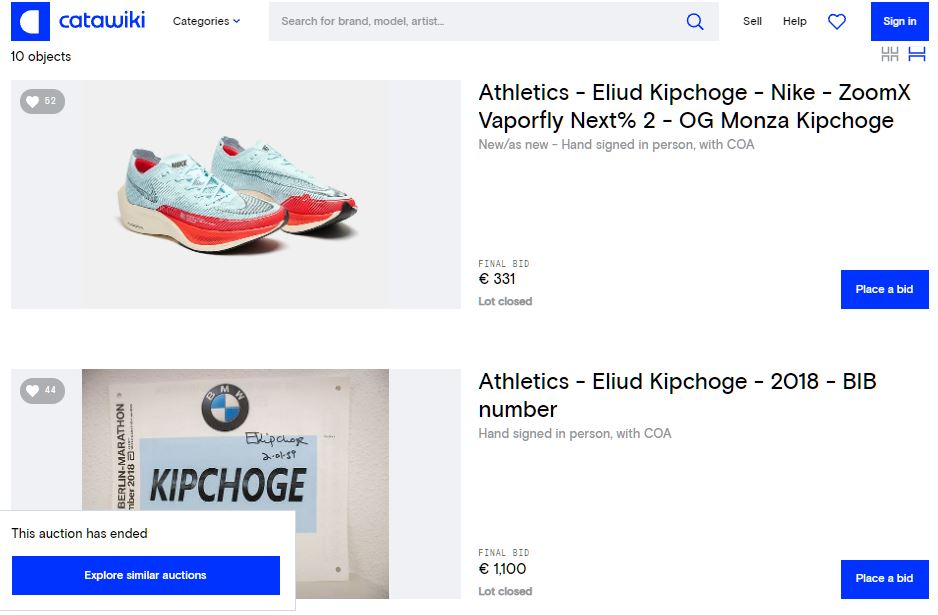 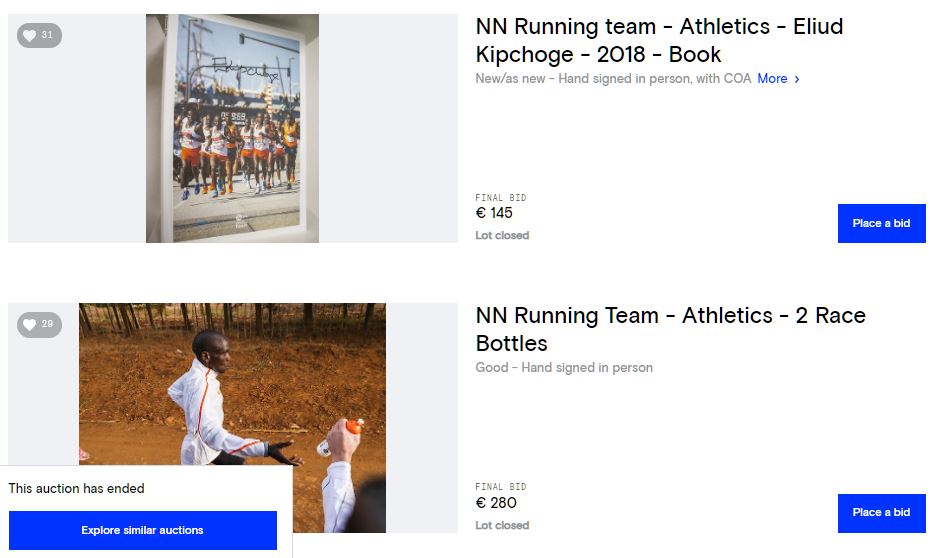 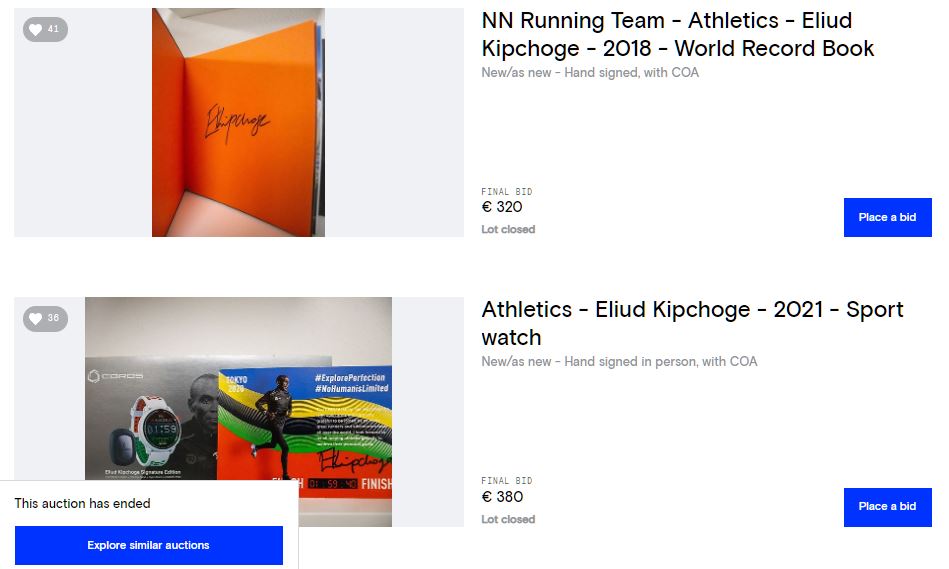 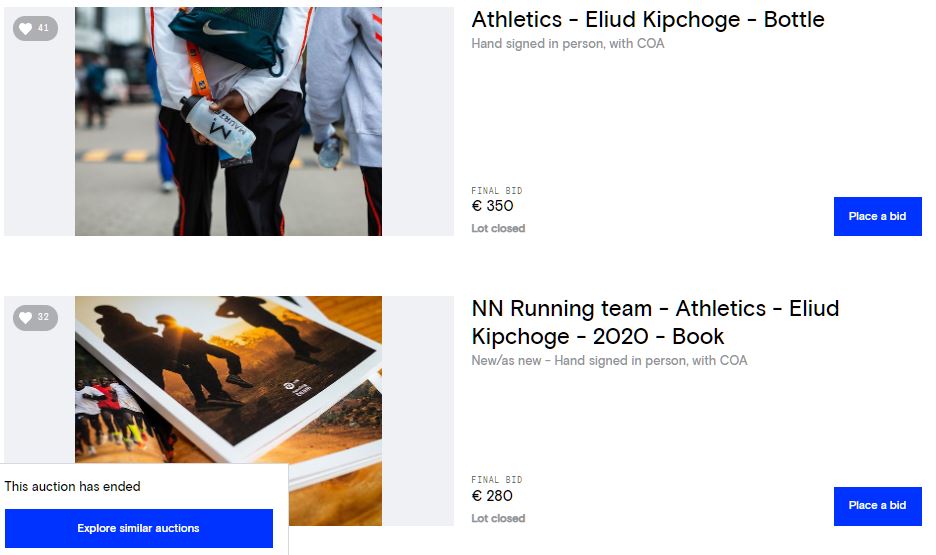 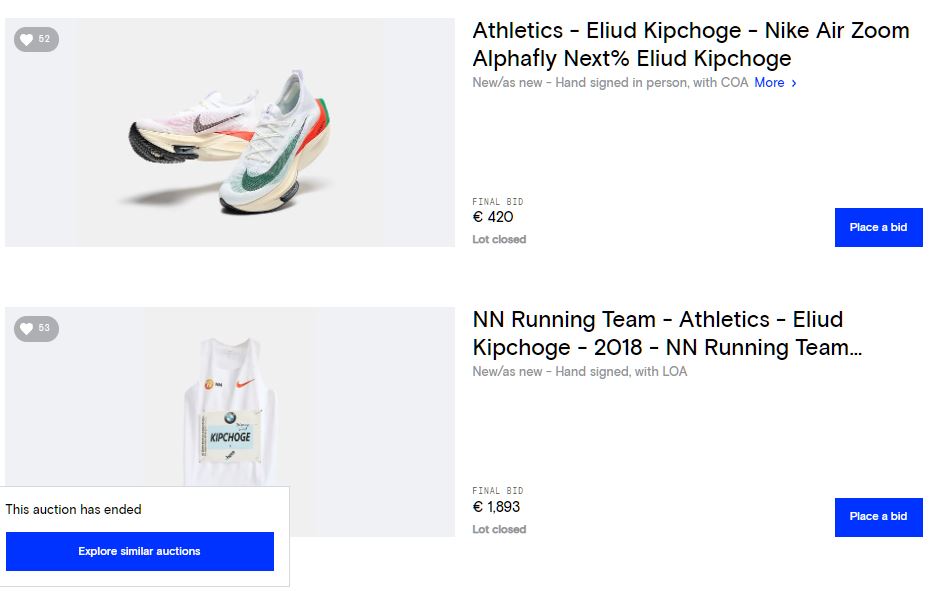 Kenyan Women Told to Emulate Lilian Ng’ang’a < Previous
Uhuru: Kenya Rejects ICJ Ruling. We Will Protect Our Territory by ALL AVAILABLE MEANS Next >
Recommended stories you may like: