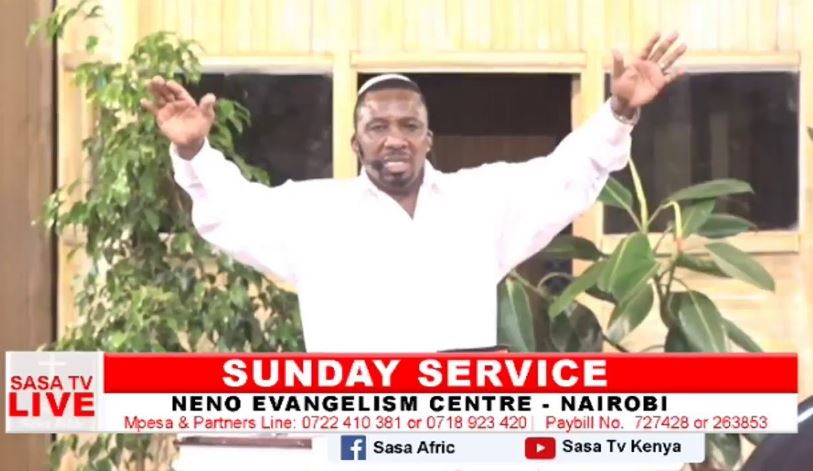 Controversial preacher, Pastor James Ng’ang’a is finding himself in the spotlight yet again, and not in a good way.

The pastor is constantly trending on social media for doing or saying unusual things. He is not your regular pastor, and a lot of people love him for that. The evidence is the size of his congregation.

However, one entity is not loving the Pastor.

The Media Council of Kenya (MCK) has threatened to take action against Sasa TV, a station owned by Pastor Ng’ang’a and his church. The council says that the channel has been broadcasting obscenities, and should show cause on why action should not be taken against it.

The complaint is against Pastor Ng’ang’a himself, whom MCK claims said unprintable words on his air in a recent broadcast.

“The Council notes that the media house in question breached clauses 5 (b) (c) on accountability and 10 (1) on obscenity, taste and tone in reporting by allowing a presenter, apostle James Ng’ang’a in a live broadcast from ‘Jerusalem City Kenya’ at 10:24 hours where he uttered offensive and unprintable words on air,” chief executive officer David Omwoyo said.

“We have subsequently directed the media outlet to show cause why action should not be taken against it, further to which the council will institute sanctions in line with our mandate.”

The offensive broadcast cited happened on October 9th, 2021. The Pastor detailed how his dead body should not be handled, and even made references to the size of his genitalia.

Here’s the clip that has him in trouble.

It is unclear what action MCK can take, and whether the council has the power to take a TV channel off the air. 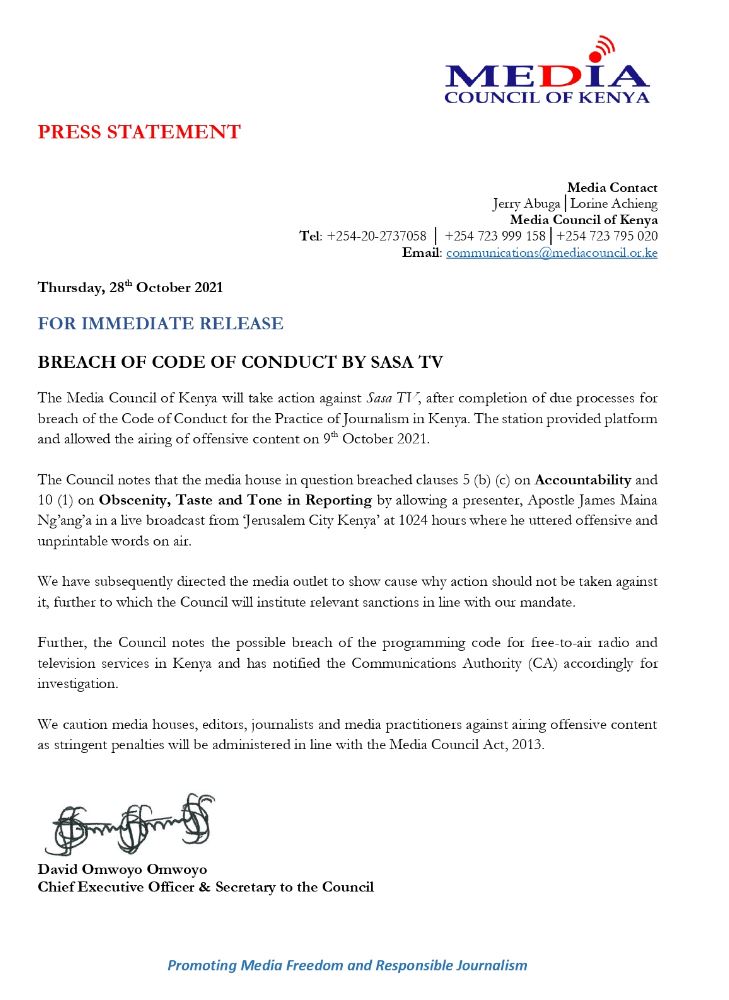