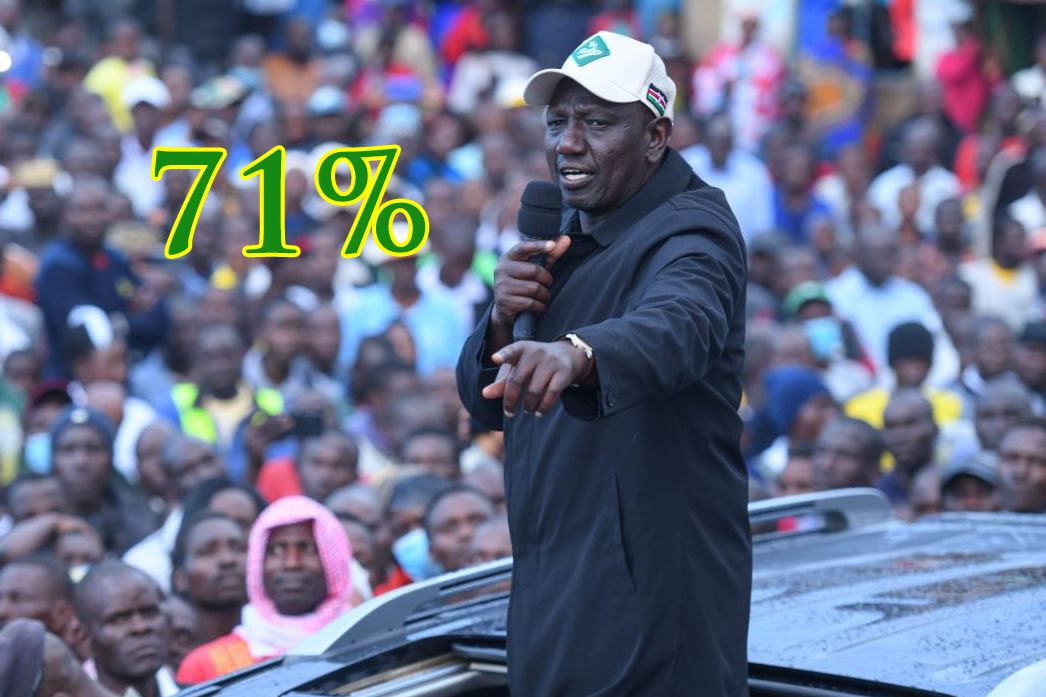 It is foregone conclusion that for the first time since Multi-party democracy in the Republic of Kenya, Mt. Kenya region will not have a viable presidential candidate in 2022.

The region is finding itself in unfamiliar territory, and between now and August next year, will have to decide which of the so called 2 horses to get behind.

Despite falling out with his boss Uhuru Kenyatta, Deputy President William Ruto has consistently been polling well in the region. This perhaps is proof of Uhuru’s lame duck status, a position where a departing president still has all the power, but holds little sway even in his own backyard.

Ruto was an early campaigner in the region, and has practically camped there since 2017. To his credit, he did have the foresight to know that he would have to work hard for the region’s vote by himself, if for nothing else, as an insurance policy in case Uhuru withdrew his support.

So far, that strategy seems to have worked. Despite Raila seemingly having the support of the most high profile leaders from the region, among them Cabinet Secretaries and governors, so far, that has not amounted to much on the ground.

The hustler message has resonated well in the region, a reality that has likely not been acknowledged by the top power brokers in Nairobi.

Kirinyaga Governor Anne Waiguru saw this for herself, and even acknowledged that despite her performance, she would most likely lose to a UDA candidate next year.

“If I ran today on a Jubilee ticket and someone else ran on a different party, even if people felt I had performed, it would be hard to convince them to vote for me,” she said.

The final convincing for her to decamp to UDA came from her own mother and son, when they told her point-blank that they were in the hustler nation.

Now, a new poll conducted by former PS and Murang’a gubernatorial candidate Irungu Nyakera, paints a similar picture. According to him, he polled 2 people at each of the 584 polling stations in the county last week.

I’m not sure how scientific that is, but the result was a resounding victory for Ruto. 71.46% said they will be voting for the DP, with Raila getting just 8.32%.

The ODM leader even trailed joke candidate Mwangi wa Iria, although that is understandable, he being the governor of the county. The two other non-serious candidates Musalia Mudavadi and Kalonzo Musyoka received low single digits each. 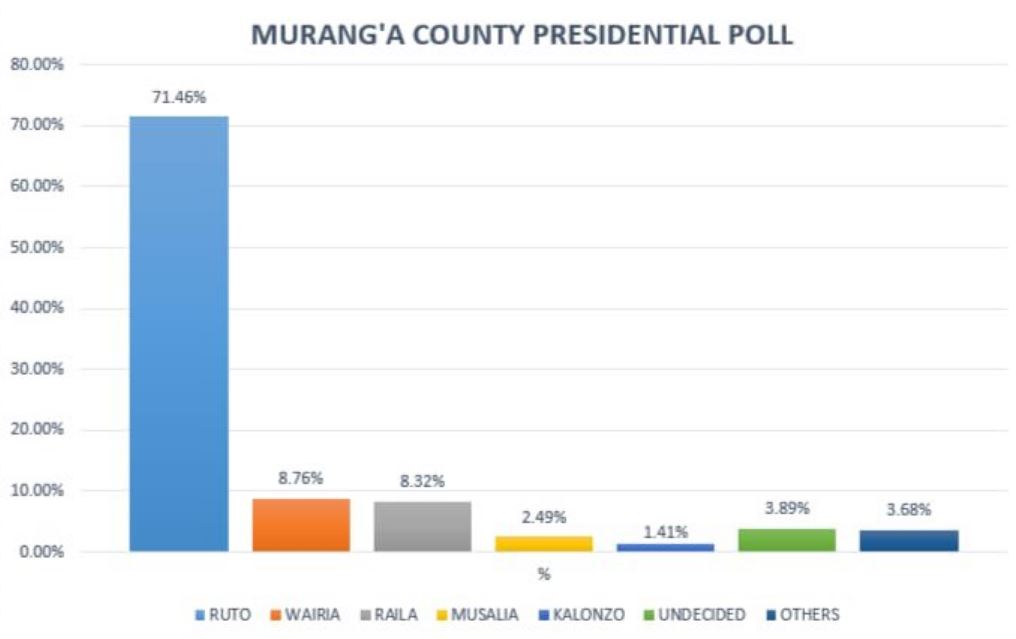 Last time when I said the ground hasn’t changed and asked those trying to change it to do it kwa mashinani, stones came at me like I was a chicken thief. I did another poll last week, 2 people at each 584 polling stations. Raw data available at a fee. Am still a fence seater. pic.twitter.com/VEd8IFuvqT

The argument has been made that Ruto needs virtually all of Mt. Kenya votes, or in numbers closely resembling what they got in 2013 and 2017. The proponents of this argument say that the reason for this is because Raila will beat him resoundingly everywhere else, with the exception of the Rift Valley.

It has also been said that because Ruto is starting on a high, it can only be downhill for his poll numbers and momentum from here, especially when the campaigns enter high gear.

For this argument to hold however, the ODM leader will need to hold on to his previous support. He must not allow Ruto to chip away any of it, and currently the DP is hard at work doing exactly that.

The DP is doing something very few politicians have ever done. He is raiding regions without permission from their kingpins, and getting substantial votes while at it. He has done that in several by-elections in Central. And recently in Ukambani where his MCA candidate defeated Kalonzo’s candidate.

Ruto is particularly directing his efforts to the Coast region and to the Western region.

Having supported Raila unsuccessfully for 3 elections, it is reasonable to expect some form of ‘Raila fatigue’ from some quarters. Only time will tell how significant that will be.

Certainly his BBI Reggae message, which was hated all over the country but really loved by his elite friends, did not help his case. Ruto was able to run with it, and continues to hammer him for it until this day.

A lot will change in coming months, and we will likely see movements and re-alignments. Right now, we can only speculate and enjoy the show.

Pastor Ng’ang’a Under Fire from MCK for Referencing The Size of His Genitalia on TV < Previous
Bitcoin Phone: A Look at the 2021 BSV Hackathon Winner Next >
Recommended stories you may like: