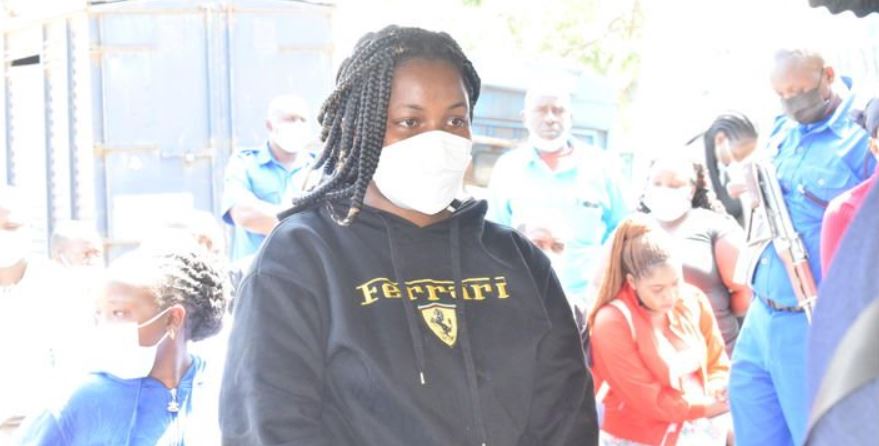 A woman is facing theft charges at the Kibera law courts after she spiked a man’s drink and stole his money.

Clare Monyangi Moseti is said to have administered a stupefying drug on a Ugandan businessman after a night out.

The court heard that the victim was in Nairobi for business and was drinking at a club located on Adlife Plaza when he was joined by two women.

He entertained the two and asked one of them for her contacts. The businessman then took the woman to his house along Muringa Road in Kilimani, Nairobi.

They reportedly enjoyed themselves until the next day when the woman told him that she had not had enough and they went to another club.

They returned to his house after a few hours and she demanded that they continue drinking.

The man later blacked out.

The suspect hailed a taxi at night but was stopped from leaving after a guard went to check on the businessman and found him lying naked and unconscious on his couch.

When he regained consciousness, the man said he had lost Sh130,000.

In court, Clare Monyangi Moseti was accused of administering a stupefying substance known as Benzodiazepines to the businessman on diverse dates between October 14 and 16.

She denied both charges before senior resident magistrate Charles Mwaniki.

The case will be mentioned on November 2 for a pre-trial.

Singer Alice Kamande Recalls Road Accident: ‘I’m grateful I came out of it alive’ < Previous
Ben Githae Insists He Did Not Mislead Kenyans With ‘Tano Tena’ Song Next >
Recommended stories you may like: