Sonji Roi: Everything You Need To Know About Muhammad Ali’s First Ex-wife

Sonji Roi was the first ex-wife of boxing legend Mohammad Ali. The two met in July 1964, when Ali was still known as Cassius Clay.

Very little is known about her early life or family, or really anything before she married Ali. However, it has been reported that she lost her parents early in life. 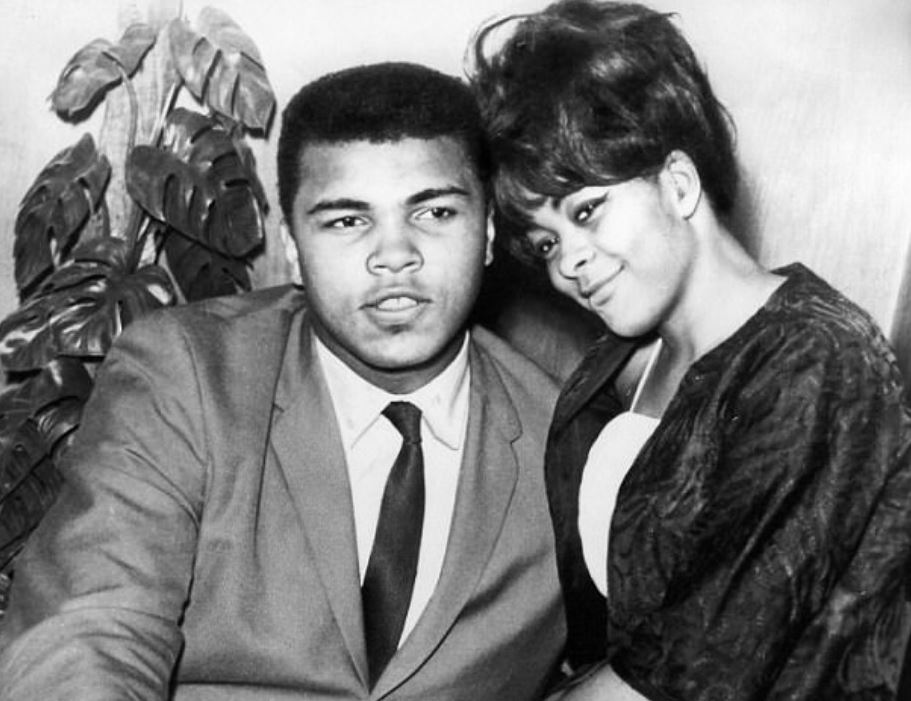 The couple met in 1964, the same year Ali won his first heavyweight championship. At the time, she was 23 years old while Ali was 22. The two reportedly met through the boxer’s manager, Herbet Muhammad.

In a most bizarre arrangement, Roi later revealed that Ali proposed to her that same night they met. It is unclear whether this was love at first sight, or something else.

Their engagement was extremely short, lasting about a month. On August 14th the same year, the couple got married at Gary, Indiana. It was a Christian wedding since Ali had not converted to Islam by then.

The rushed engagement and marriage came to haunt them pretty soon. After less than 2 years together, they separated. Their divorce was finalized by January 1966. It is believed that Ali’s switch to Islam drew a wedge between them, and Roi was uncomfortable following suit as required by her husband’s new-found religion.

Read: Alex Aniston: What You Need To Know About Jennifer Aniston’s Half Brother

After leaving Muhammad Ali, Roi moved to Chicago. Here, she met her second husband, corporate lawyer Reynaldo Glover. Together they had a son, Brian Reynaldo Jr, but their marriage did not last long either.

Roi did not marry again, but she did have another son, Herman Griffin, from another relationship.

After losing her parents early in life, Roi took up jobs as a waiter in nightclubs to pay the bills. In fact, when she met Ali, she was working as a cocktail waitress. After her divorce, she took up modeling and singing.

Now read: Tana Mundkowsky: Everything You Need To Know About Brandon Flowers Wife

Q&A With The Grand Mullah Ahmednasir Abdullahi < Previous
Joan Templeman: Everything You Need To Know About Richard Branson’s Wife Next >
Recommended stories you may like: