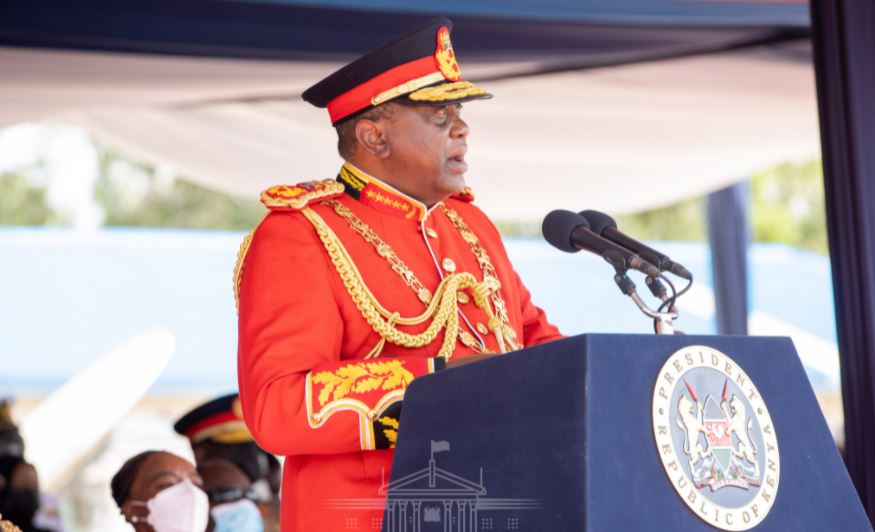 President Uhuru Kenyatta has reminded Kenyans to play their civic duty of securing the country saying Kenya’s safety, freedom and prosperity are not a preserve of the state’s security machinery.

“Our communities and, indeed, every citizen must also play their part. Therefore, I call upon the local communities and leadership to collaborate with security agencies to achieve the success we desire,” the President said.

The Head of State spoke on Thursday in Lamu County during the presentation of the Presidential and Regimental Colours to the Kenya Navy Manda Bay Base, an exercise that will see the military installation gain expanded operational autonomy as it sets out to become a more geo-strategic facility for national, regional and global security operations. 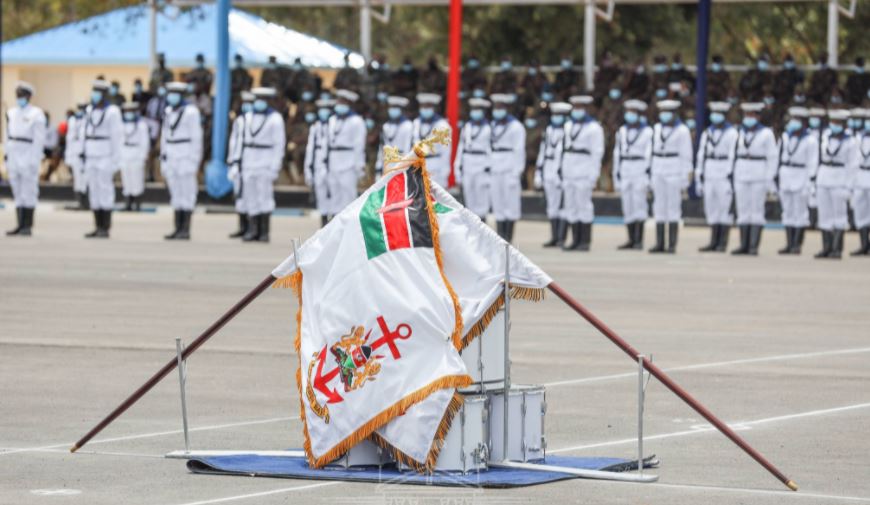 The President pointed out that the multi-faceted nature of security challenges facing the country calls for greater cooperation between citizens and the nation’s security agencies.

On the role played by the Kenya Navy Manda Bay in the country’s complex security architecture, the Head of State said the frontline military installation plays a critical role in defending Kenya’s sovereignty, maintaining territorial integrity, and securing the nation’s maritime borders.

“Given the growing investments in this part of our country and the promise of the maritime domain, Manda is an invaluable listening and watching tower for Kenya and Kenyans.

“Every day, in ways both large and small, you embody the very best of Kenya. You are the vanguards of our democracy, and guarantors of our security, peace, and freedoms,” the President told the military officers attached to the naval base. 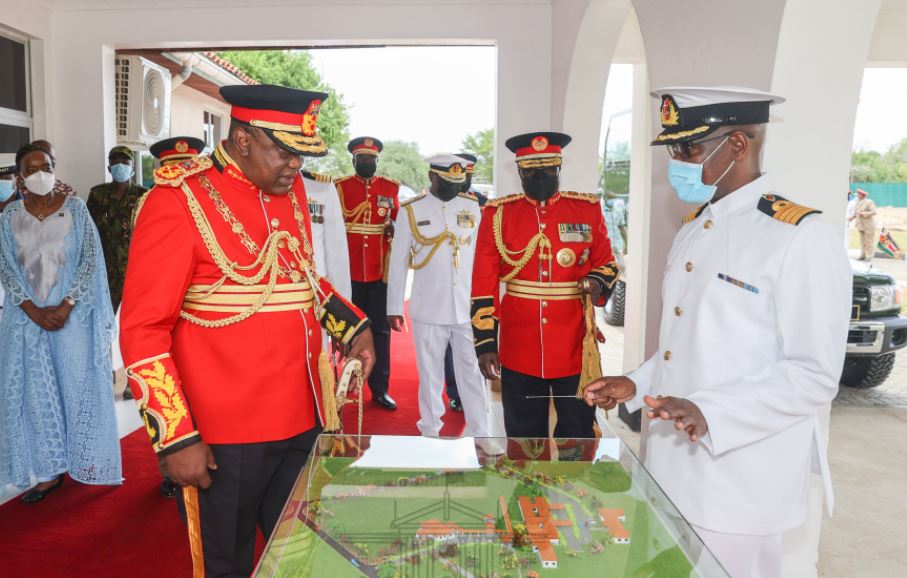 In order to fulfil the country’s development agenda without external disruption, President Kenyatta said the expansion of the naval base’s operational autonomy was meant to establish a military installation with adequate capacity to respond to all forms of enemy aggression.

“The Kenya Navy Base Manda Bay is of utmost significance in enhancing counterterrorism efforts and maritime security, besides protecting the country’s port infrastructure. In addition, this base boosts security in the region and guards vital trade routes that are the lifeblood of international commerce,” President Kenyatta said.

The Head of State singled out the Lamu Port-South Sudan-Ethiopia-Transport (LAPSSET) Corridor projects such as the new port, roads and other supporting infrastructure as some of the prized national and international investments that the military base is tasked to proactively protect round the clock.

“The LAPSSET project and road improvements from Hindi through Bargoni, Bodhei, Baure and Kiunga are ongoing. We are steadfastly committed to making the Boni area a peaceful and stable economic hub. Those infrastructure projects will support the livelihoods of our people within the region,” the President said.

He pointed out that emerging maritime security challenges require responsive multilateral approaches, saying Kenya will continue to actively engage with her partners to improve its naval capabilities, and assured that the Government will continue allocating adequate resources to the Kenya Defence Forces to enable them fulfil their mandate of securing the country’s interests. 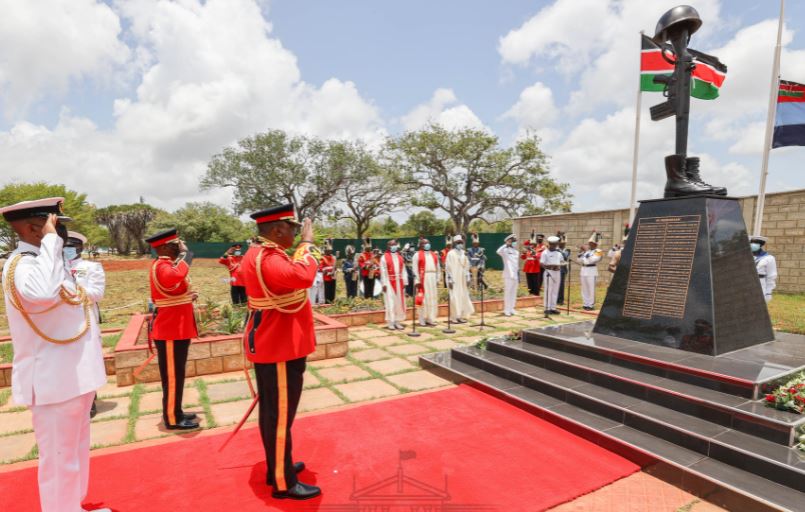 Chief of the Kenya Defence Forces General Robert Kibochi said the Kenya Navy Manda Bay Base is a strategic installation recognized for its centrality in securing maritime trade in the Indian Ocean from the vantage Lamu archipelago. 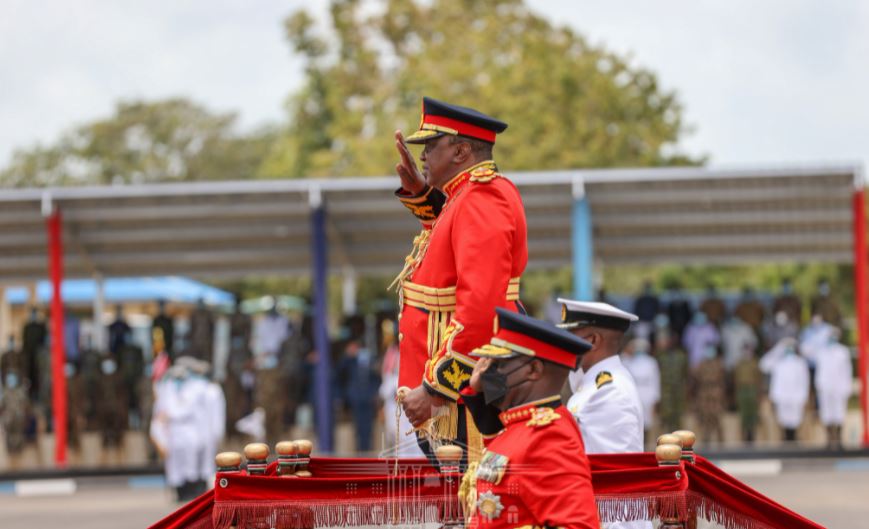 BBI Must Fail and Die Forever – DP Ruto < Previous
The Safest Bets on Sports Next >
Recommended stories you may like: