Deputy President William Ruto has once again rubbished the Building Bridges Initiative(BBI) terming it a conmanship.

Ruto on Thursday said that the contentious Bill is not the only way to increase revenue to the counties as portrayed by its proponents.

According to Ruto, BBI proponents should have forwarded their proposal on the additional resources to counties to Parliament if they were true to the cause.

“Counties can still be given more funds through Parliament without the conmanship in the BBI,” he said.

Ruto poked more holes into the BBI saying it is possible to form new constituencies without sending the country down the costly path of changing the Constitution.

“If Kenyans were in need of more constituencies, then the Independent Electoral and Boundaries Commission would have been engaged.” 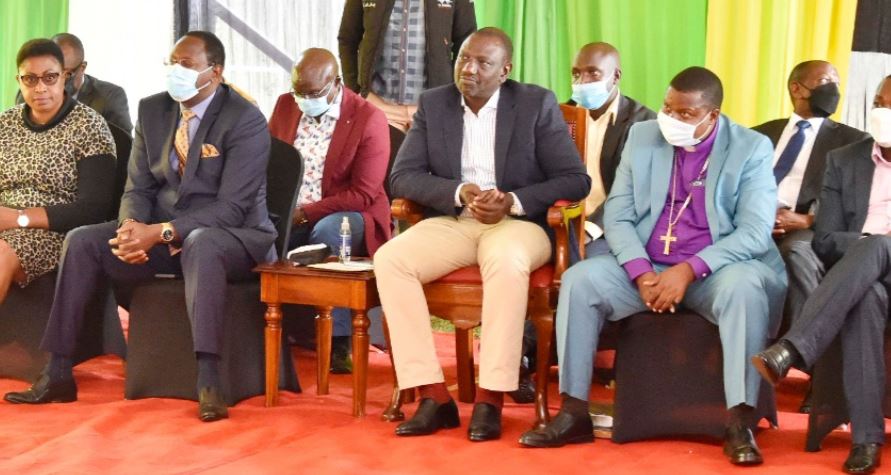 DP Ruto spoke at his Karen residence during a fellowship with spiritual leaders from various churches and mosques from Makueni County.

Ruto at the same time said proponents of the BBI must apologise to Kenyans for sabotaging the Big Four agenda.

“It would have created millions of jobs opportunities besides ensuring that all Kenyans have access to affordable medical care. But all these gains went down the drain because of the BBI,” he said.

Ruto added that “the BBI was the biggest fraud and the most dangerous assignment ever pursued in Kenya that would have destroyed its democratic ideals because of the establishment of an imperial president”.

“It must therefore fail, and die forever.”

The Trending Memes and Tweets This Friday < Previous
President Kenyatta to Kenyans, “Play Your Role in the Country’s Security” Next >
Recommended stories you may like: