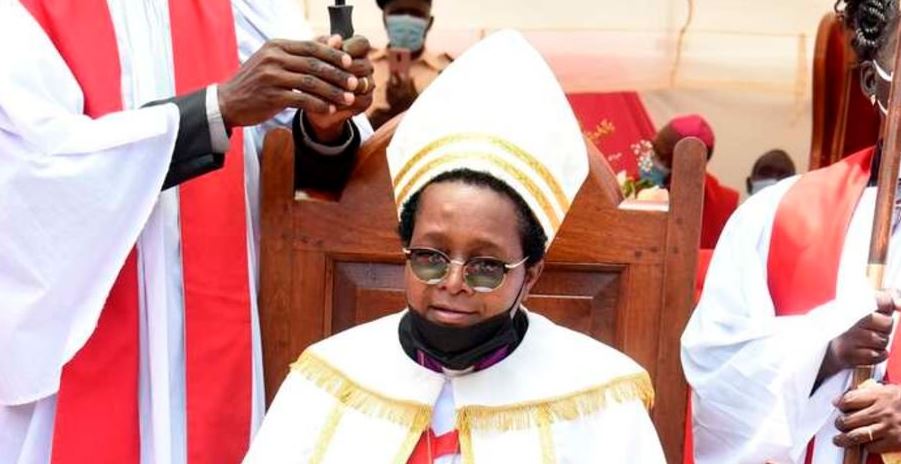 On Sunday, September 12, Rev Rose Nereya Ayiemba Okeno, 52, was consecrated as bishop for the Anglican Church of Kenya, becoming the first woman to hold such a position in the church.

The mother of four speaks about her rise to the top.

“I was elected through a special meeting of the Diocese of Butere synod (an assembly of the clergy and sometimes also the laity in a diocese or other division of a particular Church), on July 31, 2021, defeating two worthy and equally qualified contenders. This was a testament to the confidence people have in me. But I take this with humility and understanding that God chooses to call you to serve in whatever capacity and whatever time.”

But things don’t just come your way without you breaking a sweat. It wasn’t just an instant catapult to the top. I have served in various junior and senior positions before rising a step at a time to where I am.

I have worked as an administrator, devising and executing administrative, operational plans in the Diocese of Butere that led to the growth of the entire diocese and the community. My work has involved engaging stakeholders whilst leading women teams in delivering projects. I am a human resource manager with expertise and skill in restructuring and reorganising departments, operations, and personnel.

I spearheaded the Butere Women’s comprehensive Funeral service project, which resulted in the purchase of equipment and material to rake in income to members. I also established Young Mothers network groups within the diocese, which has had a very positive economic impact, through transforming livelihoods.

My responsibility in my new position will not be different from my previous role, it’s just that this time they will be not limited to the Archdeaconry that I served. They will involve different communities. 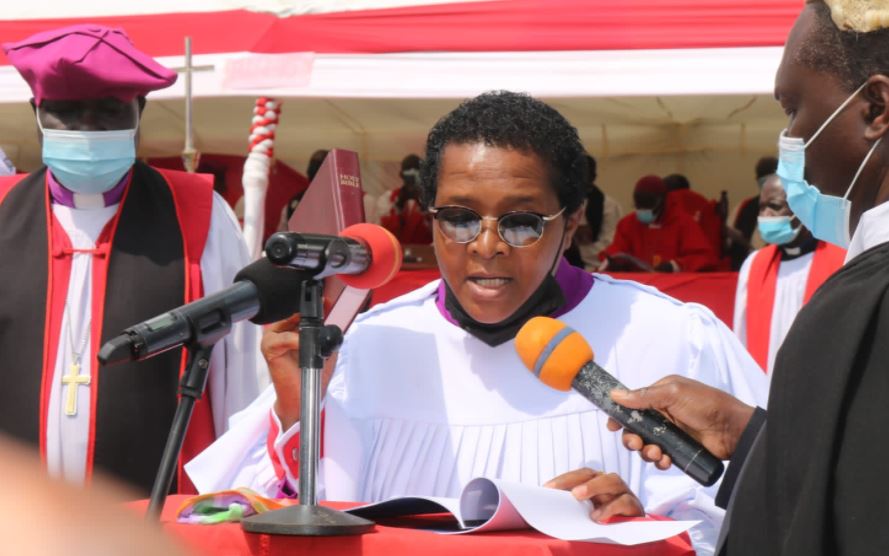 I always felt that society has spiritual, cultural, and socio-economic issues that require the modern church to respond to, thus, my inspiration has been to bring change, apart from providing spiritual leadership.

But my mission is to reclaim the place of the Church in responding to these needs, taking the mission of Christ to the people by responding to their needs within the confines of Biblical principles. I also believe we are called to advocate for the rights of the minority and give hope to the hopeless, and that is what I hope to accomplish.

As a woman elected in this position I am aware that many cultures still hold that females should not serve at such levels. Among other things I am here to right that notion because it is not biblically founded.

However, I am not blind to the fact that there could be some challenges, especially given how our society views women, but remember the majority of men voted for me. So this is a confirmation that I am their leader. I am confident.

I was born 52 years ago as the fifth born in a family of nine in Eshibanga village, Butere. My parents were subsistence farmers and so, like many other children in Butere, I grew up supporting my parents with labour on the family farm. My father passed away when I was barely nineteen and left us in the care of our prayerful mother.

My love for the Church started as a young girl leading the Sunday school. This love was later shaped into a calling as a youth-serving under Ven. Elphas Nyamwata in the late 80s. What started as a need to relate as a child, later became my calling and vocation.

But also, beyond the role of motherhood and wifehood, I had this feeling, a nudge, a relentless prod that there was more to life than the traditional role of being a wife and a mother.

So after completing high school education at Lirembe Girls Secondary School in Kakamega County in 1989, I chose to serve the Mission of Christ in various capacities, as I sought theological training. Between 1998 and 2000, I went back to school and studied for a certificate in pastoral studies. In 2007 I earned my Bachelor of Theology Degree.

I was widowed at forty-five, but before my late husband Reverend Elishamo Okeno died, he had created a foundation that we stand on today. Serving with him exposed me to different church activities. It is from these activities that my leadership abilities were noticed.

But my extended family also has played a role in fastening my passion for the cross. My family has been supportive of our ministry, joining me in prayers, as well as offering psychosocial support.

My children on the other hand have also been my cornerstone. We have prayed over this with an understanding that God has called me to serve. My children accept this as the will of God and therefore submit to His direction. They have given me immense support in the ministry.

But this wouldn’t have been possible if I hadn’t spent time with my children and got close to them. To achieve this, I plan my time well for both church duties and family. I ensure that my family is organised and comfortable as that forms the basis for my church duties.

Perhaps as a young girl or woman, you have doubts of ever holding such a high religious position, the main hurdle being that of your gender. My message to you is to keep on dreaming so that you can accomplish even more than what I have.

I believe young girls and women are called to be faithful to God and to submit to his will when called to serve his ministry. God does not look at gender to accomplish his mission.”

Hilarious Posts by Kenyans on Social Media For Your Monday Blues < Previous
Ways to Improve Your Relationship With Money Next >
Recommended stories you may like: