In Conversation With Raphael Tuju 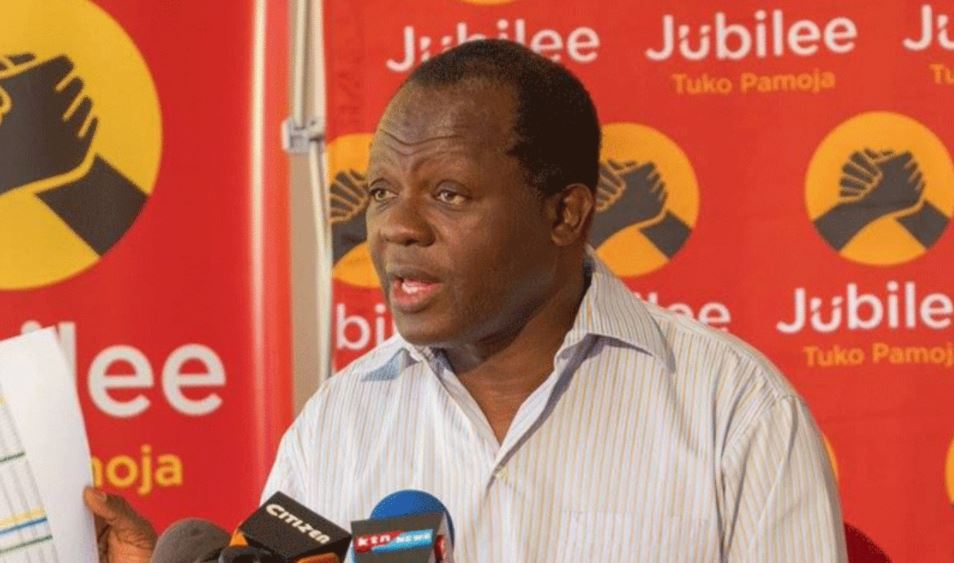 Jubilee Party Secretary-General Raphael Tuju spoke to nation.africa about his vision for Kenya, his role as a minister, the accident that changed his life and more.

What ails Kenya, in your view?

The biggest challenge we have is how to make it viable and united. The stability of the country is at stake. The fear of exclusion is real. If you even take Central Kenya, for example, some who are not from that region would imagine they were on the gravy train during the presidency of Uhuru Kenyatta and Mwai Kibaki. The fear that would grip people from that region is ‘what will happen to us if we are not in government?’ And this is not idle worry.

After suffering at the hands of colonial authorities and later a hostile president (Daniel Moi), a couple of financial institutions they owned like the Rural-Urban bank crashed because they could not get deposits from parastatals and government. Whether you like it or not, the government is the biggest trading partner not just in Kenya. The Central Kenya community is a very worried nation. Then take the Luo Nyanza region, as another example.

The region has had its grievances with past governments. I will be honest. When I go to social media sites by people from the region, I see sentiments of disillusionment. They say, for example, that if you are a Luo, you’ll be wasting your time hoping to get jobs like being the director-general of the Nation Intelligence Service (NIS) or being the Chief of General Staff, or being the governor of the Central Bank because it has never happened since independence.

If there is anything they worry about, it is being ‘outside’ the government. If you talk to Kenyans from North Eastern, they talk about the difficulties they go through in getting ID cards and passports. To confirm what I am telling you, please, take a trip to Wajir or Mandera and feel that exclusion yourself. If you talk about the Kalenjins, I know the grievances they had against the Narc government, when certain professions where there used to be many of them — and then came a new policy which said the recruitment of police is not only based on who can run fast but every county has got to be given a certain percentage. Every community in this country has its fears and worries.

Does it explain why everyone wants their man or woman at the top?

We have seen a situation where ministers ensure the appointment of parastatal heads come from their own communities or even cronies. That board is the one that seats and creates the procurement committees. So, if you are even selling samosa, you will not be able to sell to the government unless you are politically correct. Those who lose out in the political contest do not just lose out politically, they lose economic opportunities. It comes down to bread and butter. These are facts that we must address. There are those politicians and leaders who have shown us that streak of not wanting to include others and we have to interrogate them because if we don’t, we will land in real trouble. There is enough for all of us to eat, but there is not enough for all of our greed, as Mahatma Gandhi would say.

What’s is the solution?

It is not sustainable that certain people or certain communities can prosper and eat to their fill when the rest are starving. We need super coalitions. That is why even this restructuring of the executive in the Building Bridges Initiative (BBI) proposals was an essential political solution to a political problem. Unfortunately, some people think you can offer a legal solution to a political problem. As a scholar, I would give an example of the US, the Supreme Court ruling is what precipitated the civil war because the South and North had reached some sort of political accommodation. The moment this was unsettled by the Supreme Court, the civil war erupted. 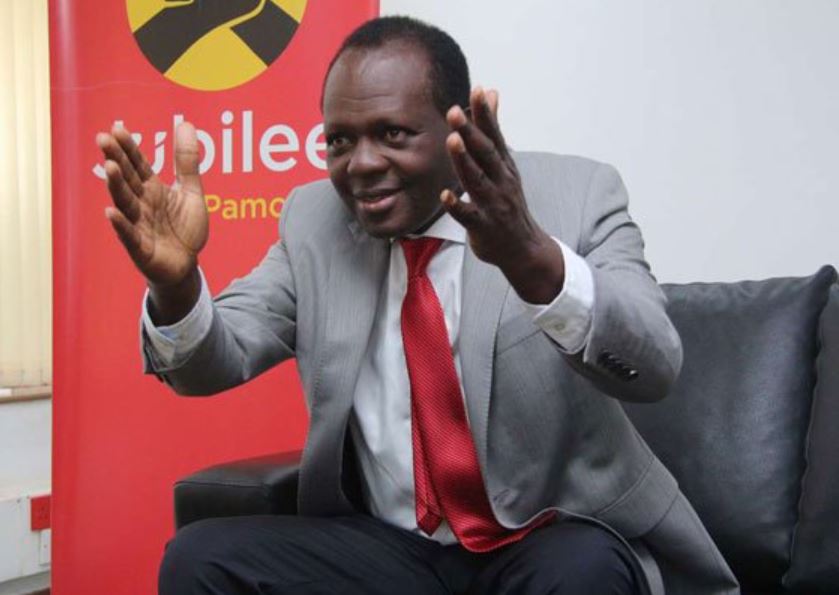 You know you are largely known as Jubilee SG. People forget that you are a minister. As a Cabinet Secretary, how is your typical day like?

We have just finished a Cabinet meeting now (Friday). Being the secretary-general, I have to know government programmes so that when I speak as the SG of the ruling party, it does not have to be at variance with what the government is saying and doing. It is not abnormal that I am sitting in Cabinet. In other countries like Tanzania, SG seats in Cabinet, in China, the secretary-general of the party is also the president.

Are you running for elective seat next year?

No. I am domiciled in Nairobi, and would not want to cheat the people of Siaya that I want to become their governor then I come back to live in Nairobi. I have a lot of responsibilities in Nairobi. If I am to do politics, then I would prefer to do so in Nairobi. Also, I do not want anybody to get nervous in Rarieda that I’m going for their seat. Politics has cost me a lot of time. I have got several family commitments that I have to do here in Nairobi.

Talking of family commitments and having to do a lot in Nairobi — what became of the bankruptcy case you were facing?

You must have seen that I sued those guys (bank) for Sh3.1 billion. The court case is still going on. We had some rulings in our favour by the Court of Appeal that allowed me to continue with the business without being interfered with by the bank. There are very big projects that we are doing, not just here but in other places.

You are lucky to be alive after the near-death road crash, how has the experience changed your life?

It increased my appreciation of the urgency of God in our life. To have severe injuries, 21 in total and to survive is nothing short of a miracle from God. I was in the hospital for months. We are all living on borrowed time, and you sympathise with those people who are obsessed with what is going to happen in 2022, 2023.

How do you even know if you’ll be there? I don’t even know if I will be there this evening. I could get a heart attack, I could be hit by a vehicle. That morning when I was going to Moi’s Funeral, my life changed. It increased my faith in God and confirmed that all things work together for good as recorded in Romans 8:28. The other day I was able to walk for 57 kilometres to Kijabe, and recently I walked on Suswa Road for another 57 kilometers. Before the accident, I was not that fit. I would go to the gym, do one hour, but now I can walk 11 hours non-stop. It has enabled me to lose weight and become really fit. I have got fewer issues with blood pressure since my heart has less work to do. They say that to fly, you need air resistance. And to go through these kinds of challenges, if it doesn’t kill you, it makes you stronger. You asked about my business. Through the challenges with the bank, it has become stronger. I am now able to do bigger things than I could before because I was able to look for other alternative sources of financing and strategic partnerships than I could have before.

When you were indisposed, who is this one individual that helped you to pull through?

You can only attribute life to its source, God. The doctors and medical crew at Kijabe Hospital who intervened in terms of emergency did a fantastic job. I was bleeding profusely from the intestines, they had to cut me up to control the bleeding that could have poisoned me, and I would have died instantly. They cut the intestines and joined them and after that, on my trip to Nairobi, my lung had collapsed because a broken rib had pierced it. There was this lady, she used her hands to pump air into my lungs until we reached Nairobi and I was put on life support. Dr Dan Gikonyo who supervised the whole process at the Karen Hospital is another selfless guy. He then came with me all the way to the UK, way out of his call of duty. The surgeon in the UK did a superb job because it was a 50/50 chance of whether I would be able to walk again. He did a very good job so that within three days, I was able to sit.

It must have been a very expensive affair, the medical bills and all. Some have suggested, it is the government that paid, is that truer?

It was covered by my medical insurance. I did not pay it in person.

Ordinary Kenyans can’t afford that level of treatment. Shouldn’t that concern you?

It is true. Not everybody can afford medical cover. I wish more people could be able to get a medical cover that some of us are able to afford.

Do you still go for therapy? And what is the status of the fundraiser to give Kijabe Hospital a facelift?

My therapy now is exercise. I do an average of between 30 and 50 kilometres every week of walking. I am very grateful for all the sponsors who came in and chipped in the fundraising for Kijabe Hospital. We were able to raise Sh11.6 million and it is going to help the hospital. I have organised a walk later this month to raise money for open-heart surgery for children. Next month, I want to do another 50 kilometre walk to raise money for a youth empowerment container, a 40-foot container, to put equipment, computers and Wi-Fi connectivity. I will be doing another in Siaya and Nandi too to spread it across the country. If I can, Coast as well.

CRAZY: Funny Memes Going Viral on Social Media < Previous
Q&A on the CBC With CEO, Kenya Institute of Curriculum Development Next >
Recommended stories you may like: