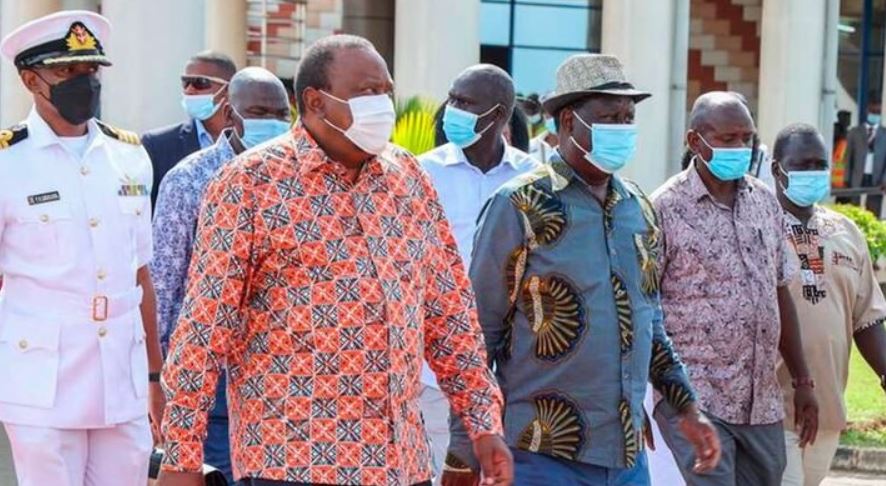 Raila confirmed the tour saying it will begin in Nyanza, Western, Coast, and upper Eastern. During his visit to Murang’a on Tuesday for an event to celebrate artists, Odinga declared the dawn of a political movement.

The former Prime Minister said they will use the tour to reinforce the unity agenda ahead of the Court of Appeal’s verdict on the Building Bridges Initiative (BBI).

“We are here today and you can see the face of Kenya. Now from Gatanga we are marking the beginning of a new journey. When I said we were working on something, some people did not believe me. But now it’s starting from here. The resolve to unite Kenya as a result of the Handshake begins here,” Raila said.

He added: “Next week we shall be in Nyanza, then move to Western then Coast. We shall criss-cross the entire country to unite Kenya as one nation with Uhuru standing on one side and Raila on the other.”

According to sources, President Kenyatta and Raila are likely to first visit Homa Bay and Migori counties.

Graduates Awarded Sh15m After Failing to Get Jobs with Degree < Previous
Kenya And The UK Sign Two Key Health Agreements In London Next >
Recommended stories you may like: