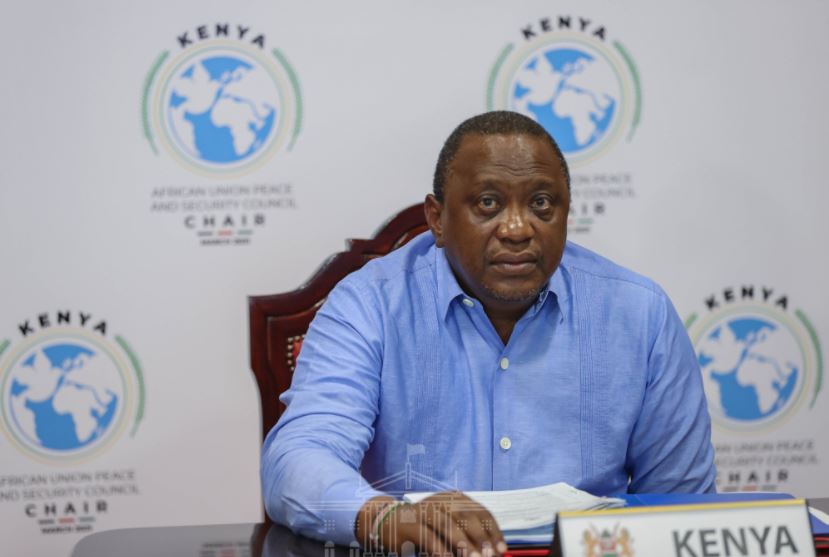 President Uhuru Kenyatta has underscored the negative impacts of climate change on Africa’s peace and security and rallied the continent to develop a common position ahead of this year’s United Nations Climate Change Conference (COP26).

“Climate change is a key defining development and the foremost emerging security challenge of our time. It acts as a ‘multiplier’ of existing threats to international peace and security.

“As African leaders specifically and global leaders more generally, we can no longer ignore the serious security challenges associated with climate change,” the President said.

The Head of State spoke Tuesday morning at State House, Nairobi when he chaired a virtual meeting of the African Union Peace and Security Council on climate change. President Kenyatta is this month’s Chairperson of the Council.

The President noted that despite Africa contributing very little to greenhouse gas emissions, the continent was bearing the greatest burden of climate change.

“Africa endures the most of climate change. The reality is hard to ignore. Many of our countries are experiencing extreme weather patterns, which manifests itself in form of more frequent and more intense droughts and floods.

“As a consequence, our nations have witnessed more aggressive locust invasions, with far reaching consequences on the communities’ livelihoods, ecosystems, and infrastructure.

“These disruptive effects have significantly undermined the social economic development agenda of many countries in the continent,” the President said.

“I urge these bodies to take this effort further and link early warning systems that map climate change hotspots to decision-making tools, that enable conflict prevention.

“Such tools should also include strategies to deploy climate-based solutions in a security-conscious, forward-looking manner,” the President said.

Once again, President Kenyatta underscored the urgency of addressing climate change and reminded African countries on the need to unite and work with the global community in their interventions.

“We must act in concert to protect our shared destiny. Rather than wait for a future tipping point, we must redouble the efforts now to direct all the resources and multilateral frameworks of our rules-based international order to mitigate the effects of climate change,” he said. 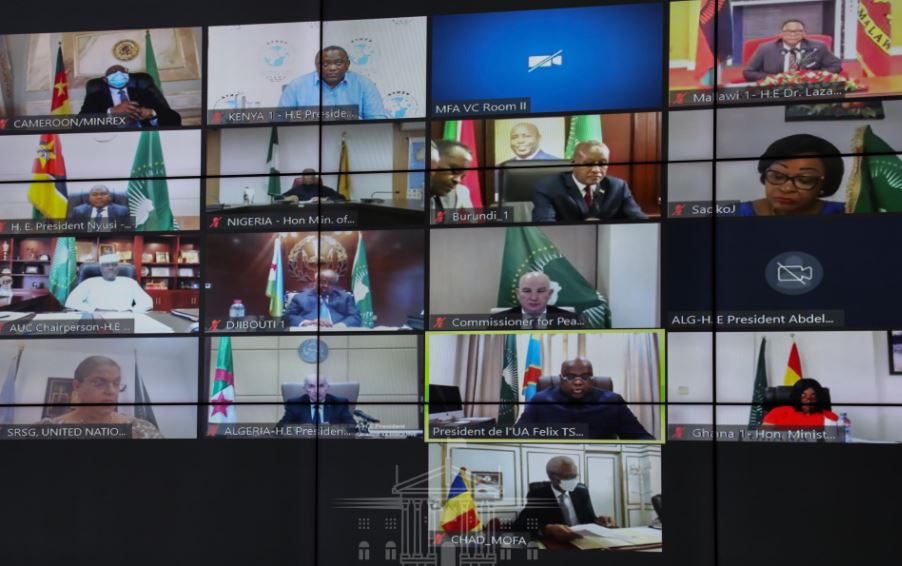 While highlighting some of the interventions individual African countries can implement to slow down climate change, the President said Kenya was implementing a 10-year action plan that will see it raise its tree cover to 10 percent by 2030.

He said Kenya’s climate change plan prioritizes renewable energy sources such as solar and wind, and introduction of climate smart interventions in the transport sector such as the Bus Rapid Transit (BRT) system integrated with non-motorised transport for the City of Nairobi.

“As you know, Kenya is among the top eight (8) global leaders in geothermal power development, and home to the first and largest geothermal and wind power projects in Africa.

“Currently, slightly more than 90 percent of the electricity used by Kenyans is from renewable energy sources.This already impressive percentage will be increased further by additional investments in geothermal and solar energy,” President Kenyatta said.

President Felix Tshisekedi of DR Congo who is also the current Chairperson of the African Union (AU) Assembly of Heads of State and Government, and AU Commission Chairperson Moussa Faki Mahamat also spoke at the meeting.

President Tshisekedi assured President Kenyatta of his country’s backing and that of the entire African Union during Kenya’s tenure on the UN Security Council.

On his part, Mr Mahamat echoed President Kenyatta’s sentiments saying Africa is the most affected by the effects of climate change despite contributing a mere 4 percent of the global greenhouse gas emissions and proposed the appointment of a special envoy to champion the climate change agenda on the continent.