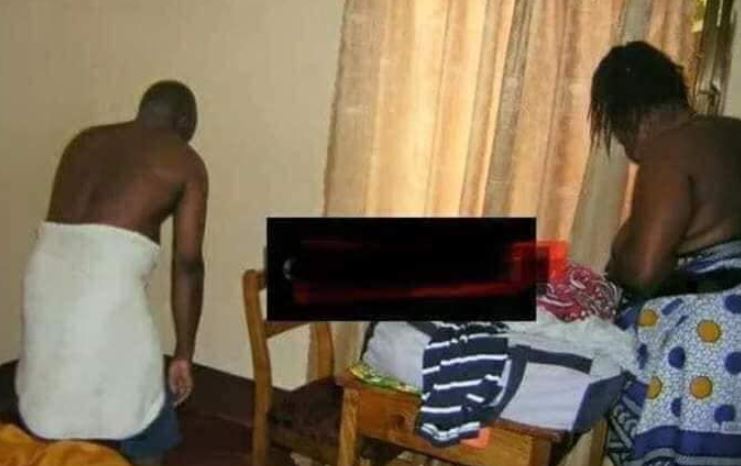 A man from Mukuyu, Mautuma area of Lugari, Kakamega County was on Thursday, February 18 was left shocked and heartbroken after catching his wife in bed with their pastor.

The man, who works in Nakuru County, returned home unannounced at around 4 am and caught the pastor, Peter Afagara, in bed with his 7-month pregnant spouse.

“On Wednesday night, I travelled to Lugari from Nakuru without alerting my wife. At 4 am, I went home unannounced and caught the pastor in the act with my wife,” said the distraught man as quoted by K24 Digital.

Instead of resorting to violent acts like most couples nowadays, the aggrieved man turned to the wisdom of village elders to resolve the marital quagmire.

When they appeared before the elders, the man and his wife engaged in a blame game, with the wife accusing her husband of desertion.

Elders ruled that pastor Afagara should pay a fine to be awarded to his lover’s husband as compensation.

The man and his cheating wife were left quarreling with the man indicating he would leave his wife.