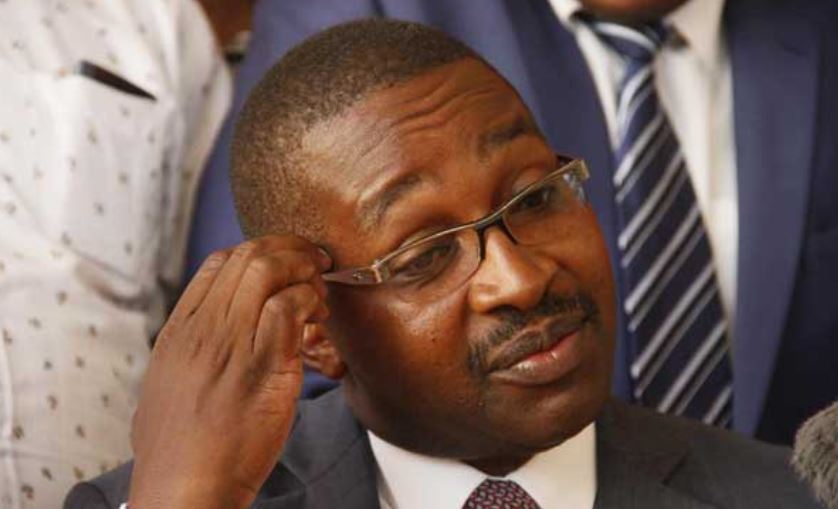 The Anti-Corruption Court in Nairobi has granted an application by the Ethics and anti-Corruption Commission(EACC) to freeze assets associated with Muranga Governor Mwangi Wa Iria.

Justice James Wakiaga blocked the governor and two companies from dealing with properties worth millions in Nairobi and Nyeri counties believed to have been acquired using proceeds of corruption.

“I am satisfied there are grounds to satisfy the court at this stage that the properties are proceeds of crime and corruption. I, therefore, grant orders prohibiting the respondents jointly or severally from transferring, disposing of or in any other way dealing with the properties herein,” ruled Justice Wakiaga.

The Ethics and Anti-Corruption Commission (EACC) told the court that Wa Iria influenced the award of Sh542,610,615 tender to Top Image Media Consultants Ltd —which is allegedly owned by the governor’s relatives and associates.

“It was alleged that Top Image Media Consultants Ltd, a company owned by Wa Iria’s associates/relatives had been irregularly awarded various media buying tenders in the county government of Muranga between the financial years 2014/2015 and 2016/2017 and received a sum of Sh542 million.

Read: Governor Mwangi Wa Iria Declares He Will Run For Presidency In 2022

The court heard that the county first wired Sh302 million to the firm’s account in Family Bank. A second tranche of Sh201 million was wired to Jamii Bora Bank while Sh39 million was sent to Sidian Bank.

EACC believes that Top Image Media Consultants then wired the money to Wa Iria, which he used to buy two properties; in Umoja Innercore and 13 acres of land in Mweiga worth Sh8.8 million.

The commission discovered that Top Image Media Consultants Ltd would wire back the proceeds to Wa Iria through Value View Limited, a firm owned by Wa Iria’s wife Jane Waigwe Kimani and his brother in law Solomon Mutura Kimani.

The property in Umoja was reportedly bought for Sh7.5 million, while in the Mweiga deal, Wa Iria is alleged to have expressed interest in buying 40 acres at Sh670,000 an acre but the sellers took back 27 acres after Value View defaulted on payment.

It’s these properties that anticorruption court Justice James Wakiaga barred Wa Iria and his associates from dealing with for six months to allow EACC to complete its investigations.

Man Beaten To Death After Being Caught With Neighbour’s Wife In Bungoma < Previous
Jane Mugo: How Kenyans Reacted To BBC Documentary On Kenya’s Spy Queen Next >
Recommended stories you may like: