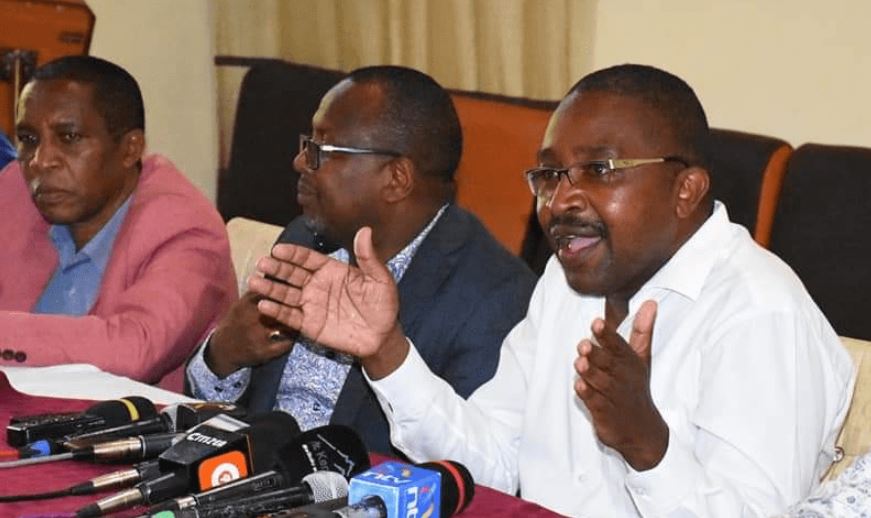 Murang’a Governor Mwangi Wa Iria is eyeing a run for the presidency in 2022 after the end of his second term as county boss.

Speaking in Murang’a town, Wa Iria said after his tenure as governor, he will not retire from politics but will vie for the top seat. He noted that he will not wait to be anointed and that he already has a political party that he will use to run for the presidency.

Wa Iria said he will soon start popularising his new party and call for voter registration in the larger Mount Kenya region and other parts of the country.

“I have the freedom to go for any seat, my philosophy being “Usawa kwa wote” (equality for all). I’ll be on the ballot as a presidential candidate. At the moment, we have a President and we’re totally behind Uhuru Kenyatta, whom we respect so much, and will continue to do so even when he retires,” he said.

The governor said Central Kenya should be part of the next government and needs a leader who will champion its interests.

According to Wa Iria, running for presidency amid calls for a rotational president does not mean he is tribal. He explained that any Kenyan from any community can become president provided they are qualified and are ready to serve all Kenyans.

The Muranga governor also rubbished some Murang’a leaders who have downplayed his presidential plan, saying he will not be distracted by anybody.

At the same time, Mwangi wa Iria urged politicians seeking various political seats to refrain from dragging his name into their campaigns.

“I want to run for president. Others seeking various seats, including the governor’s, should know I was there seven years ago. I’m not competing with them,” he said.

The Trending Pics in Nairobi This Wednesday < Previous
PHOTOS – Mass Printing Of Huduma Namba Cards Underway Next >
Recommended stories you may like: