Born Without A Vagina, I Had To Undergo Surgery To Create Vaginal Canal 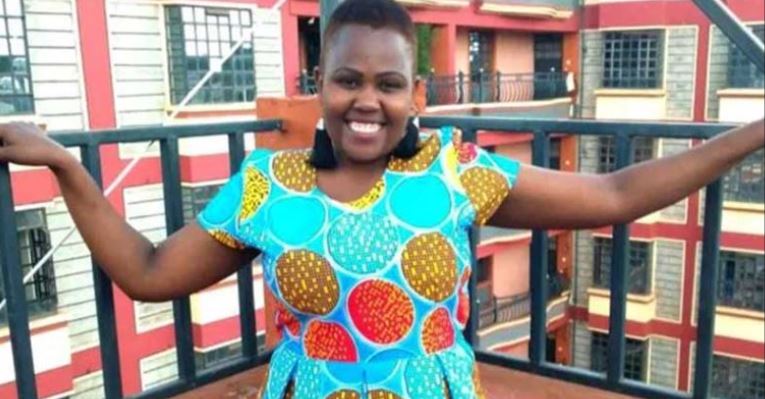 A routine question from her doctor about menstruation set Julian Peter, 29, down a path that led her to discover she was born without a womb or a vagina, a rare condition called Mayer-Rokitansky-Küster-Hauser (MRKH).

“At the age of 17, I visited the doctor for a checkup. I had aching feet. The doctor started with normal questions during the consultation. ‘When was your last period?’ My answer was, “I haven’t had my periods yet.” That marked the beginning of a long journey to living with this ghost for life.

I grew up as a healthy child. I am a firstborn in a family of two. My dad passed on while I was young and my mother moved to Nairobi for work.

As a teen, it did not bother me much that I had not yet welcomed my periods. I was still young and naive and the fact that I had no pain, meant I had no alarm bells. While in class eight, my feet swelled but within a few days, I was okay. The swelling recurred while I was in form three and I visited Nazareth Hospital in Limuru for a check-up.

After informing the doctor that I had not got periods, he advised that I needed a checkup. They did a physical checkup only to find out that I didn’t have a vagina. The doctor then recommended a scan to see if my reproductive system was formed.

My first scan showed that my reproductive system was formed but my vagina was closed from the outside. Minor surgery to open it was recommended. During the 2008 surgery, the doctor realised that there was a bigger issue; I had no vagina at all. They had to stop the surgery.

After three days, I went for another scan which revealed that I had no vaginal opening, uterus, cervix, fallopian tubes and that I had one kidney. In disbelief, the doctor ordered another scan that confirmed the results. It was too much for me to handle. How could I have all those parts missing? The doctor recommended for an MRI scan to be done and this confirmed that I had Mullerian Agenesis, also called MRKH.

Mayer-Rokitansky-Küster-Hauser (MRKH) syndrome is a rare congenital disorder that affects the female reproductive system. Women with the condition are born without a womb or upper two-thirds of the birth canal. The condition affects one in every 5,000 women across the globe and renders the woman unable to carry children. 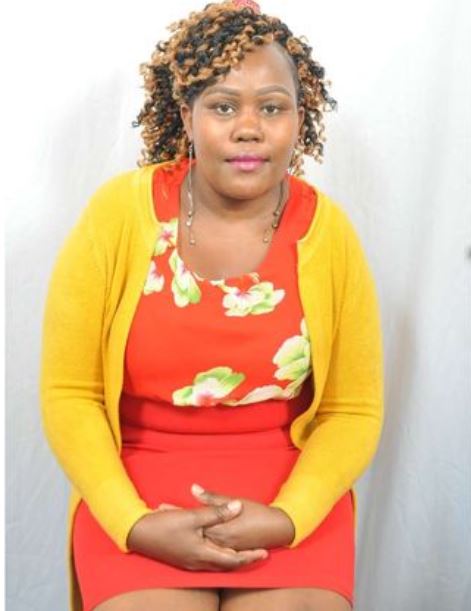 After my diagnosis, the doctor said there was nothing much that could be done to rectify it. I was in shock and disbelief. I cried myself to sleep for days. But life had to continue. I went back to school and continued my education. I still hoped it was just but a dream and it would soon dawn that I was a normal girl. I kept hope alive. I did not discuss this with anyone at school. All they knew was, I was treated for my swollen feet. I kept it all to myself. It was easy to forget since I had nothing that kept reminding me I was different. I had no pain and this condition didn’t affect my way of doing things.

In 2010, one year after my high school education, I found the MRI report in the house as I was doing the house cleaning. It hit me again that I had a condition. I had not discussed the issue with anyone for three years. We had not discussed it as a family since the doctor had assured us that nothing could be done. I still had not got my periods.

I did research online to understand what Murelian Agenesis was and that’s when I found the name MRKH. I started learning about my condition and the acceptance journey started. During this time, I thought I was all alone in the world.

Fortunately, in 2015, I watched Joaneva Wanjiru, a Kenyan lady with MRKH, talking about the condition at an interview in K24. I knew I wasn’t alone. She shared her contacts which I noted down and looked for her. She connected me to other ladies with MRKH.

When I met my MRKH sisters, I was able to share without any judgment. They understood me and what I was going through. They shared their love with me. Through MRKH Africa, we were connected to a doctor in Tanzania. Women with MRKH cannot get pregnant, they won’t menstruate and will likely need to undergo special treatment in order to have sex.

In 2018, I went for a constructive surgery in Tanzania to create a vaginal canal. I had prepared myself both physically and emotionally since that process can be draining. The main purpose of going through vaginal canal creation surgery is to enable the lady to have and enjoy penetrative sex.

Having MRKH has taught me to appreciate the smallest of things in life. I have been able to accept that I will never carry my own baby. In most cases, women with MRKH will have normal female chromosomes and ovaries with eggs, meaning they may be able to procreate with the help of IVF and a surrogate. My case is different since I don’t have the ovaries, thus IVF may not work for me. I may consider child adoption when I get enough grace to do it. One step at a time.

I have met men who ran away after hearing about my condition. I am not shy about it.

My greatest joy is to make people understand that there is such a condition and we shouldn’t be treated differently. We should have access to medical care without feeling humiliated. We shouldn’t feel less of women just because we can’t have children.

To me, we only live once, so we should make ourselves happy. And never give up.”

Hilarious Posts by Kenyans on Social Media < Previous
From Steadman Group MD To Owning Tafaria Castle: Meet George Waititu Next >
Recommended stories you may like: