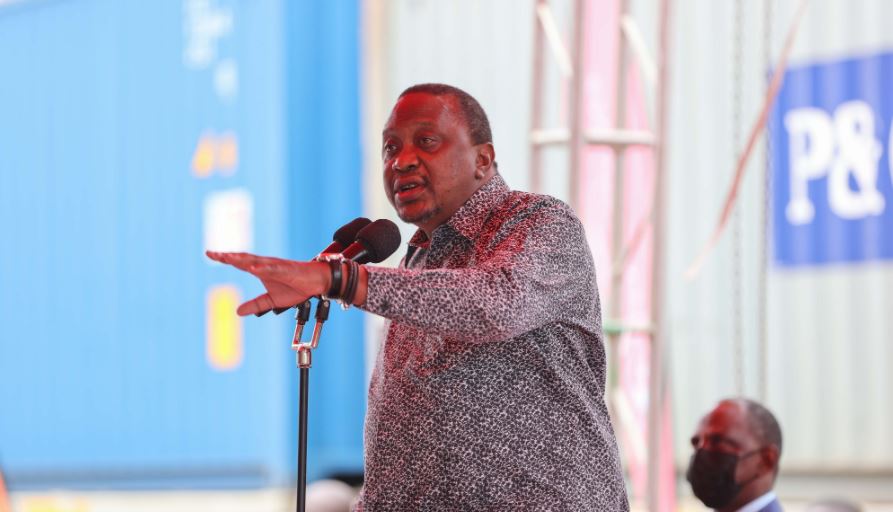 President Uhuru Kenyatta has reminded public servants to focus on serving wananchi and avoid creating unnecessary bottlenecks that slow down service delivery in the country.

“Our responsibility as Government is to listen to our people and give solutions to the problems affecting them. It is not to create more problems for them.

“As Government we are supposed to be facilitators, to enable our people to carry out their business and their day today life and make their life easier not to complicate their life,” the President said.

The Head of State, who spoke Tuesday in Nairobi County where he commissioned the Kenya Railways transit shed and container freight station, reiterated that public servants are appointed to give service and not to be served.

The new light cargo handling facility was constructed as part of ongoing Government efforts to enhance the ease of doing business in the country especially for small-scale traders. 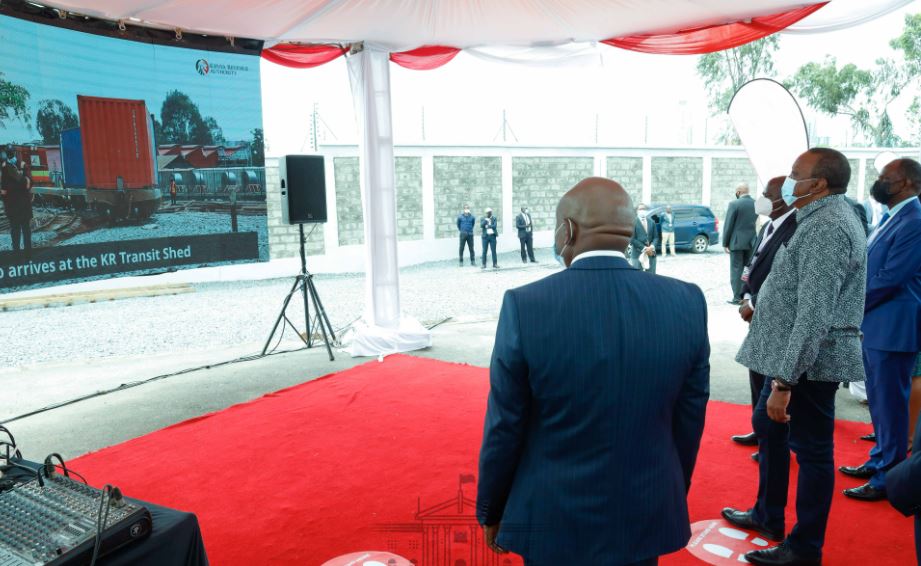 Speaking to traders during the launch, the President said the Government is continuously reviewing its processes to ensure all Kenyans are served fairly and equally.

“We are also talking about the ease of doing business by our small traders they are our biggest employers and we need to ensure that they are treated fairly, and they are facilitated just like all others are,” President Kenyatta said.

The Head of State directed the Kenya Bureau of Standards to levy all businesses a uniform charge on imported goods irrespective of their size.

“We are here to serve wananchi and if someone feels the salary he is paid is not enough then he can resign and go and do business.

“We will not allow Government officials to engage in malpractice. Ours is to facilitate those who are doing business. That is our goal and our plan,” the President said.

Once again, the President asked leaders to stop unnecessary politics and urged them to expend their energies serving Kenyans.

“Let’s leave politics and work. This is not the time for politicking. There’s no problem that cannot be solved if we sit and have a proper discussion,” the Head of State said. 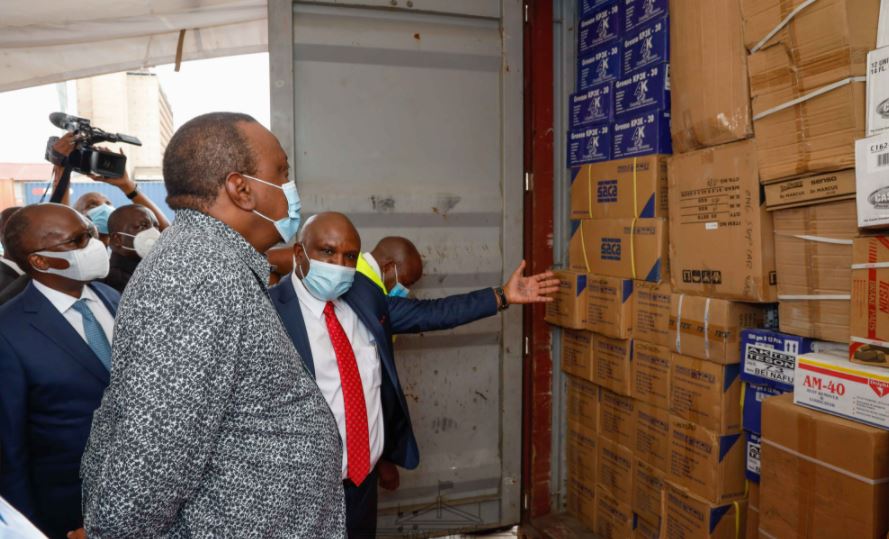 Treasury CS Ukur Yatani said the launch of the container freight station will reduce the cost of doing business for traders, by enabling them to access their goods in Nairobi instead of traveling all the way to Mombasa as has been the norm.

To reduce the bureaucracy and lower the cost of handling imported goods, CS Yatani said traders will access their imported goods at the facility without the intervention of clearing agents and other intermediaries.

“Your Excellency, we have been closely engaging the traders with a view to solving issues around the importation of their goods. Key amongst them, has been delays in cargo clearance for most traders who import through consolidators,” Amb Yatani said.

He said the National Treasury has gazetted all import and export cargo consolidators, an initiative that has not only enhanced efficiency, but also boosted the war against contraband and counterfeit goods.

“This initiative coupled with One Stop Border Post (OSBP) has improved the flow and efficiency of goods and services across our borders, with considerable savings to traders,” Amb Yatani said.

Representatives of the traders Ben Mutahi and Ann Nyokabi expressed their gratitude to the President saying the new initiative will help in expanding their businesses.

Man In Court For Threatening To Stab Toilet Attendant < Previous
Raila Discusses BBI, Coronavirus Vaccine With Chinese Envoy Next >
Recommended stories you may like: