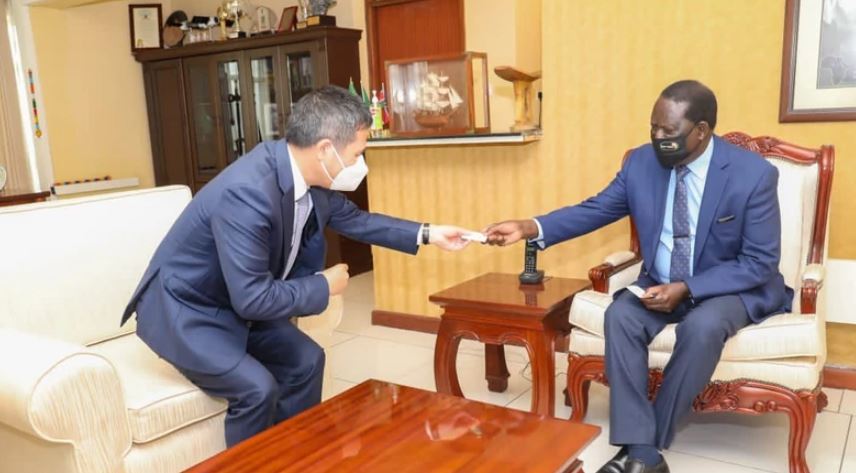 The former Prime Minister engaged the Chinese Envoy in discussions over local and global issues, including the BBI report, COVID-19 vaccine, climate change as well as the U.S. elections and its impact on the world.

“The world needs a speedy return to multilateralism and co-operation in managing global affairs, including COVID-19 and climate change. These formed part of the issues we discussed with China’s Ambassador Zhou Pingjian who pledged more support for Kenya’s industrial development,” Mr. Odinga said during the meeting.

The ODM party leader welcomed China to scale up its support for infrastructure development in Kenya and Africa. 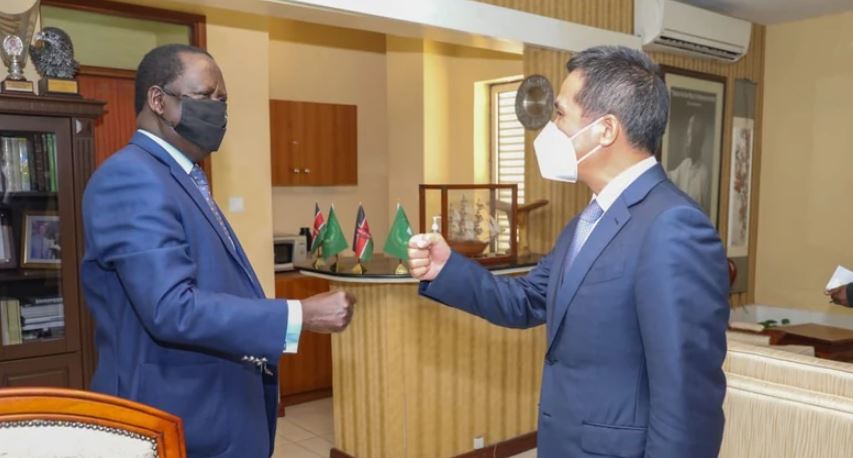 On the Building Bridges Initiative, Raila reiterated that there won’t be significant amendments to the report ahead of the referendum scheduled for early next year.

He, however, explained that the document will only undergo some edits to make some vague statements more explicit as demanded by various groups.

“The report is basically done and there is little likelihood that new ideas will be pushed into it. However, there are groups that feel their views were not captured in the manner they were presented during the collection of views and those are the corrections we are promising to make,” Mr Odinga said.

The Chinese ambassador on his part reiterated his country’s commitment to taking the lead in the search for a safe and effective COVID-19 vaccine and making it affordable and available to Africa.

Uhuru Challenges Public Servants To Focus On Service Delivery < Previous
Shock As 15-year-old Girl Is Raped, Killed And Body Dumped In Church Next >
Recommended stories you may like: