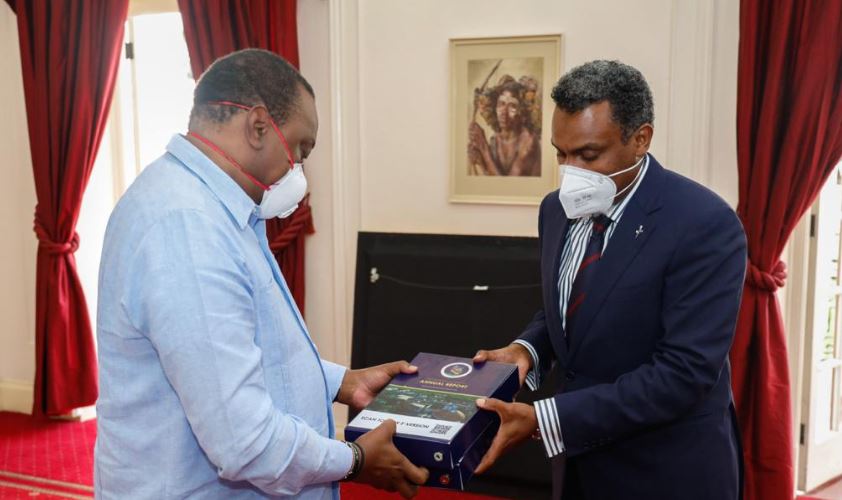 President Uhuru Kenyatta has encouraged the Office of the Director of Public Prosecutions (ODPP) to focus more on the successful prosecution of high profile cases especially those involving misuse of public resources.

The President said it is only through successful prosecution of such cases that the agency will win and retain the confidence of Kenyans.

“Confidence is a fleeting thing. If people don’t see results, that confidence can also evaporate. It is therefore important that results are also shown so as to justify the investments we are putting in,” he said.

The President spoke Monday at State House, Nairobi when he received the ODPP’s 2017/2018 and 2018/2019 performance reports from the Director of Public Prosecutions Noordin Haji.

The Head of State commended the ODPP for its achievements over the two years and encouraged the institution to collaborate more with other line agencies so as to achieve greater success in future.

He said an effective and efficient criminal justice system does not only build confidence but also attracts investors, leading to the creation of jobs for the Kenyan youth.

“I want to encourage you. As much as we appreciate what you have done and what you are doing, I must emphasize the need to deliver results and the need to bring to closure to cases.

“That is what will build the confidence, that is what will make the Kenyan public and the international community say, yes Kenya does have a criminal justice system that delivers and produces results,” President Kenyatta said. 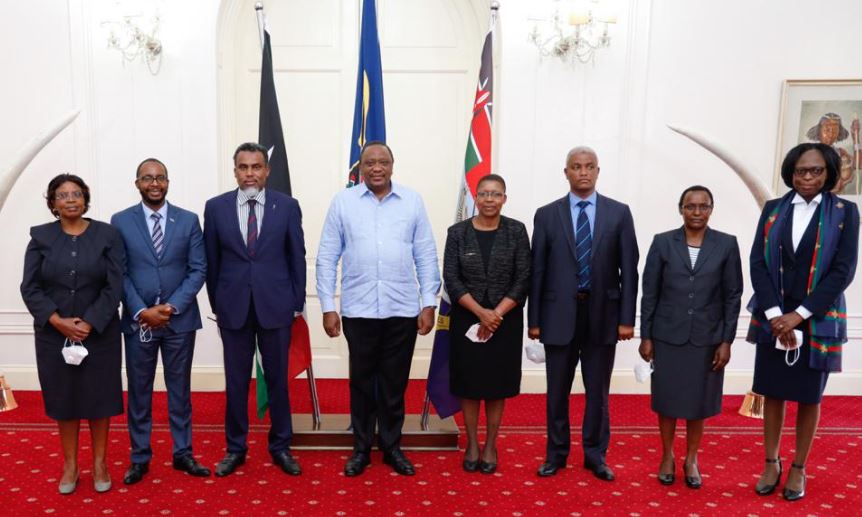 On his part Mr Haji said since the inception of the agency two years ago, the ODPP has recorded tremendous improvement by recruiting and training new youthful and energetic staff who have taken their roles with great commitment.

He said his office had set up a prosecution training institute to help it build internal institutional capacity to prosecute all manner of cases saying the focus of the agency was to enhance service delivery through automation of processes.

“Your Excellency Sir, in order to provide prosecutors with skills and knowledge to effectively and efficiently prosecute emerging and complex crimes, we have established the Prosecution Training Institute (PTI) and set up an e-library that will be the first of its kind in the East and Central African region,” Mr Haji said.

Mr Haji said the ODPP had prioritized corruption cases adding that the involvement of subject experts from various fields, such as financial analysts, had enabled the institution to recover corruptly acquired public resources.

“This has thus seen the prosecution of senior state and public officers in both national and county governments, recovered public property and funds that have been corruptly acquired and increased the conviction rate of corruption cases from 37.4% in 2017/2018 to 63.16 % in the first half of 2020,” Mr Haji said.

Esther Passaris Likens Herself To Kamala Harris But KOT Won’t Let Her Have It < Previous
‘Shh! Tuko Works’ NMS Shushes Sonko Over Pipeline Garbage Next >
Recommended stories you may like: