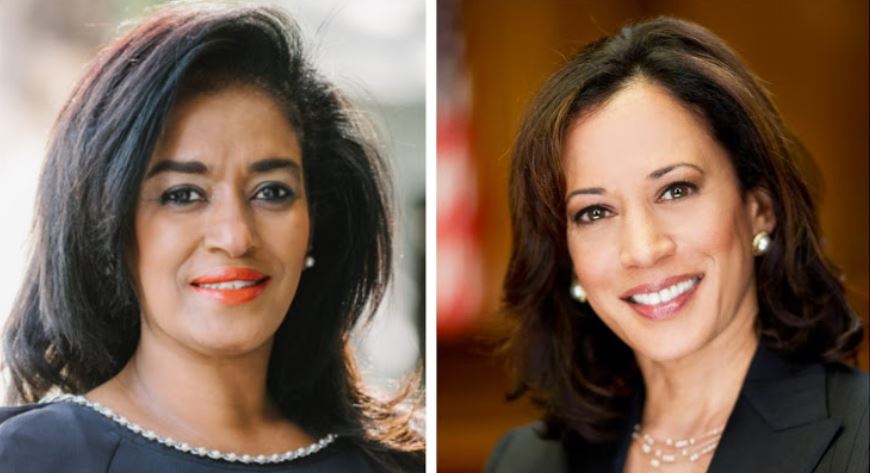 Taking to her Twitter page Monday, Passaris said she not only shares a birthday with Kamala Harris but her presidential ambitions as well.

She said it was her persuasion coach, Juliet Erickson, who drew similarities between her and the former prosecutor and senator.

“A few years ago my persuasion coach Juliet Erickson said I reminded her of a US Senator called Kamala Harris. I had no idea who she was, but I was told she had Presidential ambitions and that we were both born on 20th Oct 1964. So I started paying attention to Kamala’s career.

“I had a sense of direction then. I have a sense of determination now. She inspires across borders. Thank you @JoeBiden for the vote of confidence in women. History was made because you wanted to be part of the change needed to fight historical wrongs. A true #HeForShe Champion.,” Passaris tweeted.

But Kenyans on Twitter were having none of it and came out in numbers to rain on Passaris’ parade.

One Twitter user, @Lazooj, wrote: “She(Kamala) was a prosecutor, an Attorney, then a senator and Now V.P elect. Can we have your career trajectory please?”

Another mocked Passaris saying: “A few years ago my persuasion coach @andetehr said I reminded him of a US Rapper called @kanyewest. I had no idea who he was, but I was told he had Presidential ambitions and that we were both born on 8th June, 1977. So I started paying attention to Kanye’s career.”

“It’s her career that propelled her not thirst traps and sponsors,” @ArapTilingi blasted.

@ItsTrevorKe pointed out: “She won this through merit and hard work, no shortcuts. Emulate her.”

“You may console yourself with talk of similarity in looks which actually are not evident but on mental acuity, you are at the far ends of the scale,” tweeted @mfalmez.

@TrishBarasa was kinder to Passaris as she wrote: “When I read up her bio, and saw her birth date, I immediately thought of you Esther. Didn’t know the connection was deeper for you even in leadership. Now I see so much more. May she inspire you to greatness as a woman leader in Kenya. Break that glass ceiling!”

“Harris is disciplined. You are not and never will you be! Stop the comparison and focus on wearing translucent skirts,” tweeted @LordChitechi.

“Kwa ground it’s possible your political career ends with this term… Maybe Maybe not Maybe you will get political appointment Maybe not But apart from skin colour and hair, don’t compare yourself to her.. Don’t,” said @anjipendo.

“This is my point exactly…failed Kenyan greedy politicians comparing themselves with class and success. My friend Nairobi imekushinda a small city in a poor country the size of Texas and here you think you are Kamala Harris…rudi ulale,” said Robert Onyari.

I don’t even rate Kamala like that
but I want to apologize to her for this cause no fucking way. https://t.co/jX8NvH5KL5

a lot of people are pointing out the comparison as the funniest thing about this but i personally think it’s a grown ass woman talking about having a persuasion coach. https://t.co/czVxB01Zbv

How is she so consistently annoying? https://t.co/56sA5WKqbl

So your coach is a liar? https://t.co/BlPtyZcJxl

The Trending Pics in Nairobi This Tuesday < Previous
Intensify Prosecution Of High Profile Cases, President Kenyatta Encourages ODPP Next >
Recommended stories you may like: