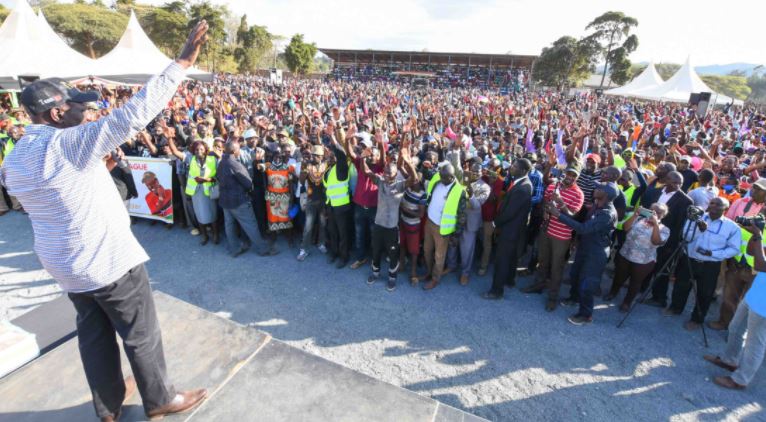 Deputy President William Ruto has reiterated that nothing will stop his ascension to power come 2022.

Speaking during his extensive tour of Meru County over the weekend, DP Ruto told his opponents to prepare for an early defeat in the next General Elections.

He also accused Raila Odinga of “selfishness and greed by hiding behind the Handshake and Building Bridges Initiative (BBI)to gain power through the backdoor”.

“This time, we are giving them an early notice that we are not afraid of deep state and systems because we are the system ourselves. I wonder which system my friend Raila is talking about when he never formed any government. If he thinks he will gain power through ‘system’ we are telling him to forget because Kenyans are not foolish since we struggled to form this government,” said Ruto. 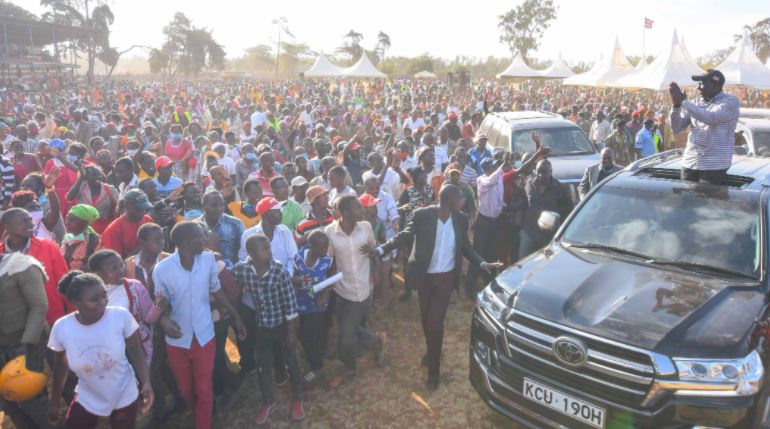 The DP said it was unfortunate that the Big 4 Agenda had been misplaced by the BBI.

“The Jubilee government should focus on the Big Four Agenda which is out to create 4 million jobs and not BBI which only concentrate on creating only three jobs for people already with jobs,” he stated.

“I am the Deputy President of Kenya and we are the government ourselves…let them bring it over. We will crush it. Nobody can force us to talk about power sharing and tribalism through the BBI when the common man is suffering and continue to languish in poverty,” added Ruto.

Ruto said Kenya needs a visionary leader who is ready to address the problems affecting the common mwanachi.

“No amount of force will derail me from working for Kenyans and helping the common man who is suffering in the village. This is the Hustlers Nation main agenda. We are telling those trying to gain power through the backdoor to forget. I am not afraid of being victimized. Let them stop and block my meetings but they will not stop Kenyans from voting for me as the next President,” he asserted.

Makueni Lawyer Whose Hands Were Slashed Succumbs < Previous
Nviiri Set To Drop Track with Tanzania’s Mimi Mars Next >
Recommended stories you may like: