Muthama Blames Uhuru Over Revenue Allocation Impasse, “Give Me Your Seat For 6 Hours and See” 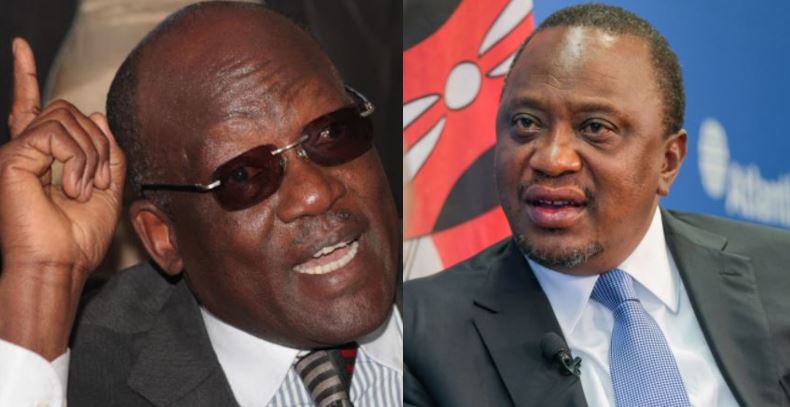 Speaking during an interview on K24 TV on Tuesday, the outspoken politician said if he were the President, it would take him just three hours to resolve the matter.

“President Uhuru Kenyatta has the mandate to sit down with CS Treasury and senate and agree to release at least 50 per cent to allow counties to operate while senate is still debating on the remaining 50 per cent,” he said.

“Give me that seat for just six hours and it will take me only three hours to send money to the counties.”

According to Muthama, a resolution has been difficult to find because the government is bankrupt.

“If the Executive wanted to solve the revenue allocation stalemate they could call the senators and solve the issue but that not the case because the government is bankrupt,” he said.

“All these English being used on revenue allocation is unnecessary it is simple mathematics and I put all the blame on the Executive, the President should call senators and come up with a solution,” added Muthama.

The 10th sitting of the Senate to resolve the third generation revenue formula failed to take off on Tuesday. The 12-member Senate Committee postponed the debate to next week, further delaying disbursement of funds to devolved units.

READ: Lupita Nyong’o’s Powerful Tribute to Chadwick Boseman < Previous
The Trending Pics in Nairobi This Wednesday Next >
Recommended stories you may like: