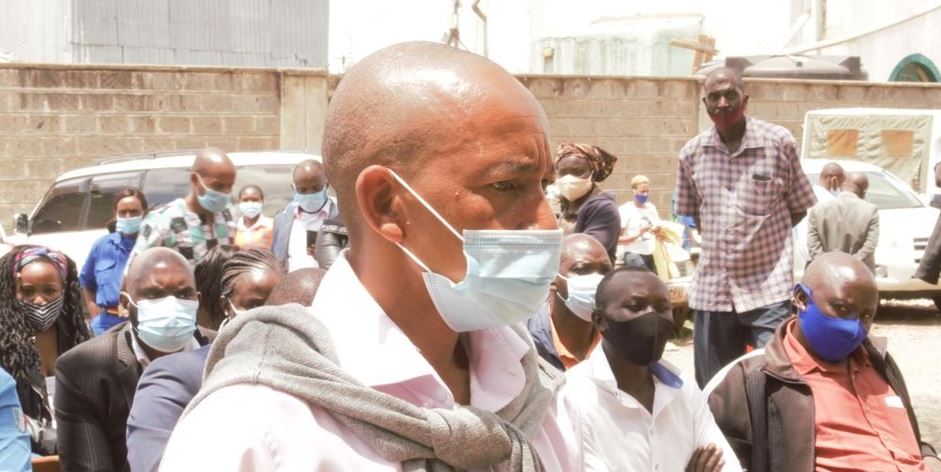 A senior advisor to Laikipia Governor Ndiritu Muriithi was last week arraigned in court for damaging a car belonging to his wife’s lover.

Appearing at the Kibera Law Courts Thursday, Mr Isaac Githuku was charged with malicious damage to property. He was accused of wilfully and unlawfully damaging the front windscreen and left passenger window of a car belonging to UN staffer Raymond Brandes on August 8.

The court heard that Githuku’s wife had just arrived from shopping with Brandes’ car and parked it outside their home at Venice Court in Kilimani, Nairobi.

Githuku reportedly went out and smashed the vehicle, causing Sh40,000 worth of damage. Githuku’s wife reported the incident at the Kilimani police station.

The two, who separated in March, were meeting to make plans on how to co-parent their children. Reportedly, they separated after Githuku discovered she was having an affair with Brandes.

Their children had informed Githuku that Brandes was a regular visitor to their house and had been taking them out.

Appearing before senior principal magistrate Derrick Kuto, Githuku denied the charges. He was released on a Sh50,000 bond with a surety of similar amount and an alternative cash bail of Sh20,000.

The case will be mentioned on September 24 for pre-trial.

Churchill Comedienne Laments Losing Sh100K To YouTube Hacker < Previous
Bien Baraza Recounts Losing 16 Teeth in Hit-and-run, “I Just Remember Flying in The Air” Next >
Recommended stories you may like: