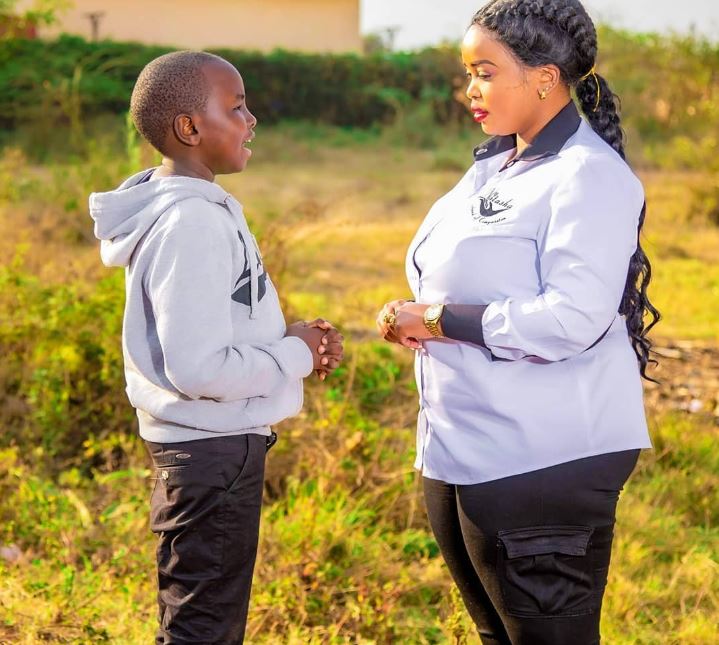 The trendy preacher with close to half a million followers on Instagram took to the social media platform Sunday to publicize the visit, revealing some of the goodies her charity initiative, The Natasha Hand of Compassion, delivered to Githu and his family.

Also Read: 10 Things You Did Not Know About Reverend Natasha, Kenya’s Hottest Pastor

On top of three months of household shopping, Rev Natasha also “blessed” Githu with an iPad and cash for his mother to start a business.

“What a joy it was blessing Kenya’s youngest preacher Victor with an IPad for his online studies and also gave his mother business capital as I visited him in there home. In this season be a blessing to somebody,” Natasha wrote.

In another post, she wrote: “The Natasha Hand of Compassion team visited Kenya’s youngest preacher, Evangelist Victor to be a blessing to him and his family by giving him an IPad, three months of household shopping and business capital for his mother. We are called to touch lives through sharing God’s love. Your sons and daughters will serve God and partake of supernatural favor.”

The child pastor shot to fame earlier this year when videos of his sermons started emerging on social media. In an interview with a local blog, Victor revealed that his ministry faced ridicule and he even contemplated suicide at some point.

“When I told my mother I wanted to be a preacher, it did not turn out well. We would fight with her and she used to beat me a lot. She was always angry because of what people used to say. I remember we had a shop and she would leave me to work but I would end up closing it and go out to preach. I started preaching when I was five years old. I began talking at seven months and struggled to walk for two years. People started calling me pastor when I was little and that inspired me a lot,” he narrated.

“I told myself, you lady if you do not want me to preach, it is better I commit suicide but as I was trying to tie the rope I remembered I needed to say goodbye to my brother. My brother could not let me die and he immediately ran to inform my mum.”

Check out photos of Lucy Natasha’s visit to Victor Githu below. 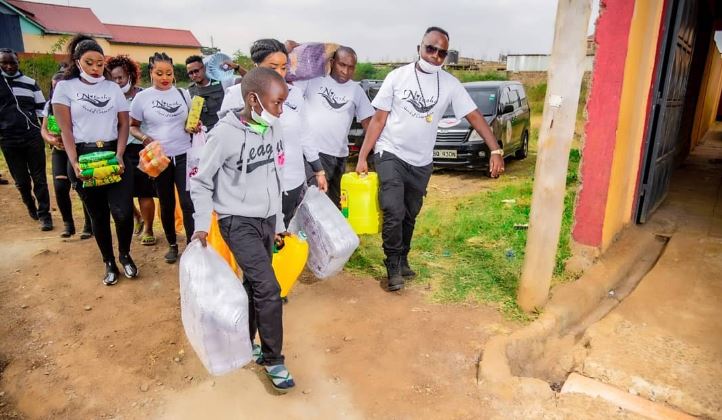 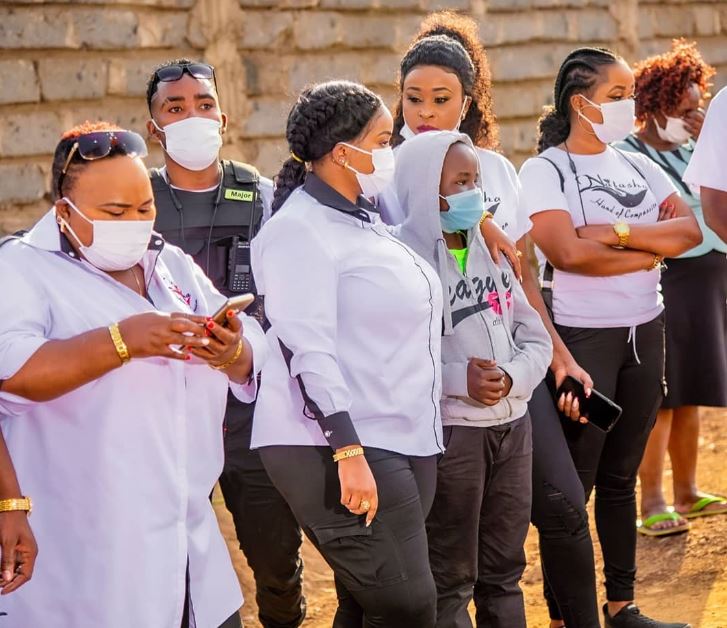 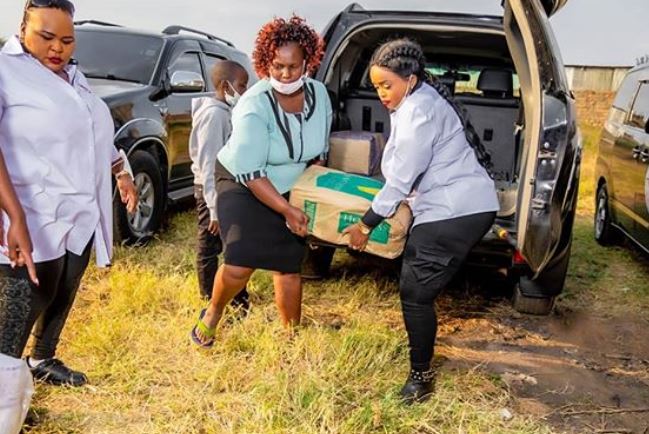 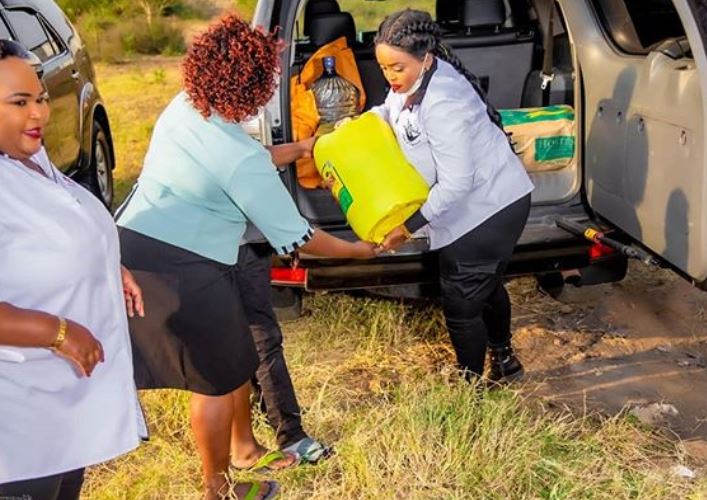 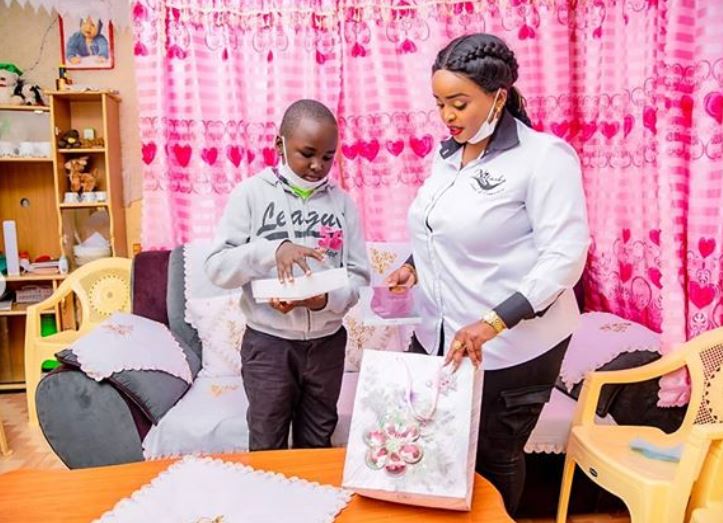 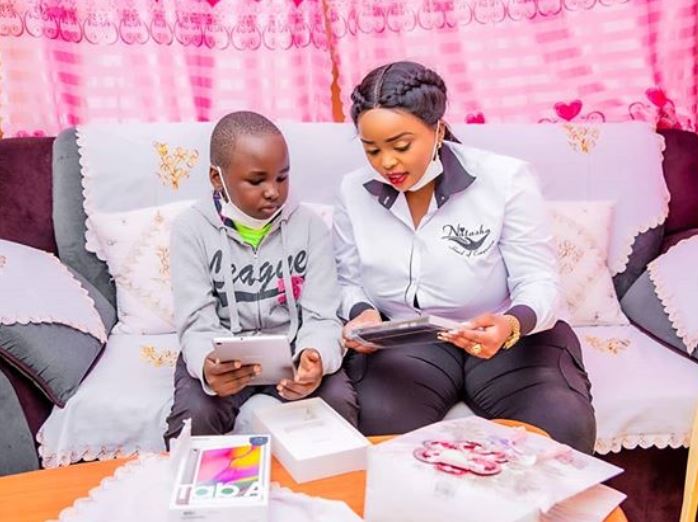 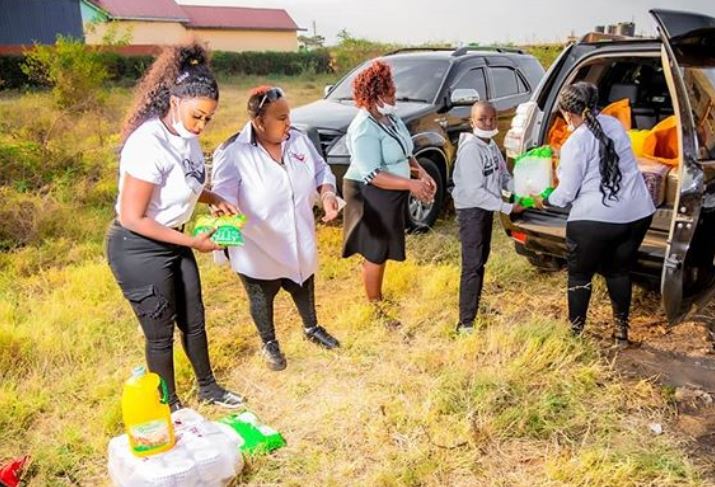 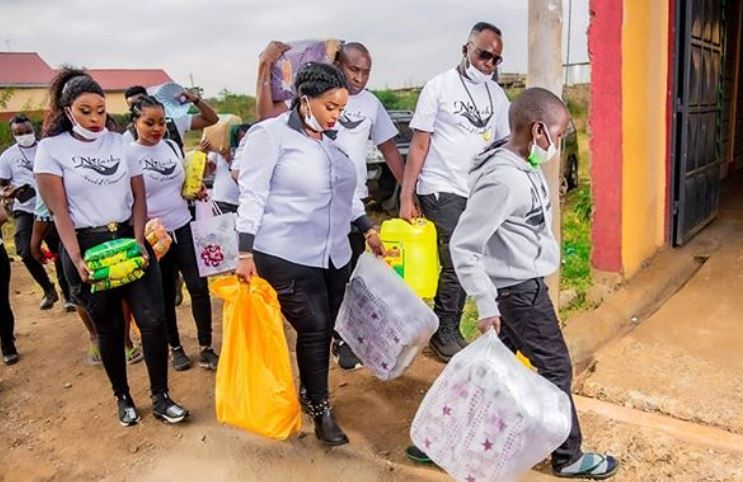 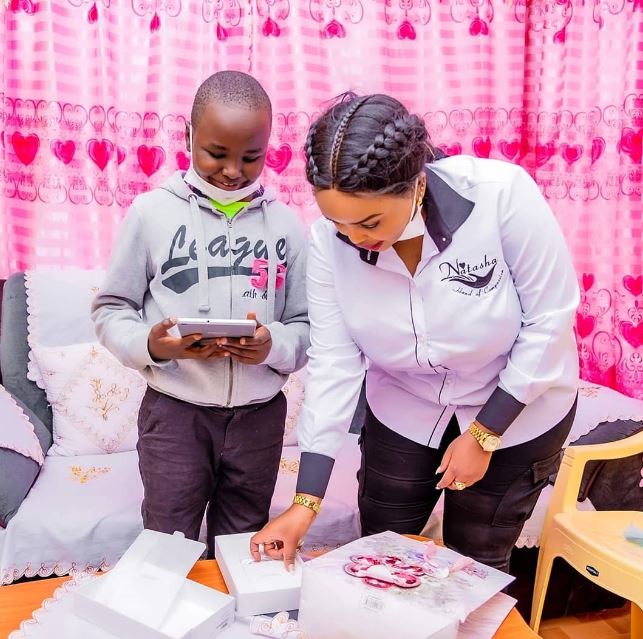 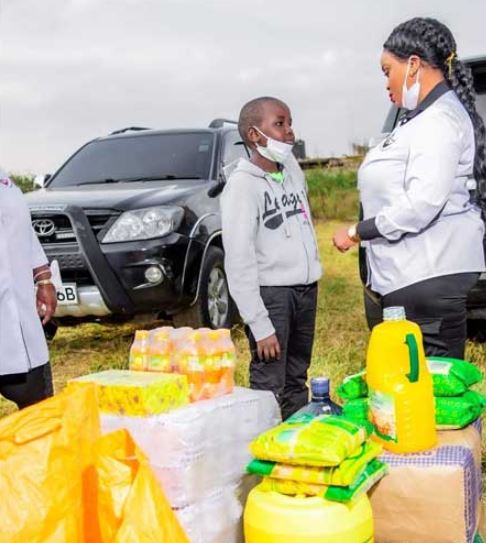