Mungatana Freed On Bail After Seeking Out Of Court Settlement 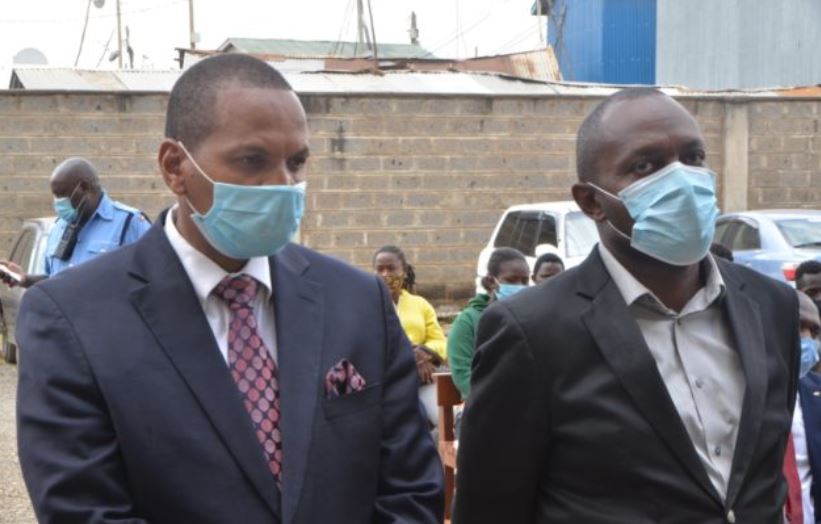 Former Garsen MP Danson Mungatana and his co-accused Collins Paul Waweru were Wednesday charged with conspiracy to defraud a businesswoman of Sh1 million.

Appearing before Chief Magistrate Abdul Lorot at the Kibera Law Courts, the pair denied charges of forgery of documents and obtaining money by false pretence.

The suspects, through their lawyer, had on Tuesday asked the court to drop the charges because they had initiated an out of court settlement with the complainant, Ann Wairimu.

“The case can be terminated at any point and the court should be open to alternative dispute resolution,” Ngugi, who represents Mungatana, argued.

The lawyer noted that the out-of-court settlement was at its formative stages and the complainant “was equally willing” to drop the case immediately the money she was defrauded is refunded.

However, the prosecution protested a settlement saying the offence committed was criminal in nature.

“The Ministry of Defence is involved as a complainant. Inasmuch as they want to reconcile with the complainants, most of the charges are by the State. This is a matter of public interest,” Prosecutor Nancy Kerubo argued.

The court rejected the application to settle the case out of court saying it lacked merit.

“They had an agreement but the decision by the prosecution to charge them was arrived at because it met the public interest threshold,” Lorot said.

The accused were released on Sh200,000 cash bail each and the pre-trial date set for September 10.

President Uhuru, CS Matiang’i Reshuffle Interior Ministry < Previous
Martha Karua To Raila: Decide Whether You Are in Opposition or in Govt Next >
Recommended stories you may like: