Martha Karua To Raila: Decide Whether You Are in Opposition or in Govt 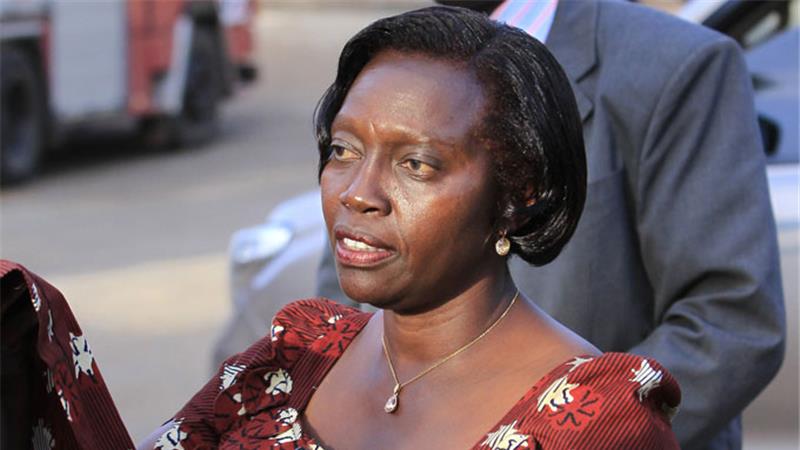 Narc Kenya party leader Martha Karua has faulted ODM leader Raila Odinga for sitting on the fence by being in the opposition but acting as if he is part of the government.

Speaking in an interview with NTV, Karua challenged the former prime minister to pick a side.

“ODM is having their cake and eating it… former Prime Minister articulates government policy better than Uhuru. Be in government or opposition. Don’t have your leg in each,” she said.

Adding: “The minority party has let down Kenyans because they don’t know whether they are in government or the opposition… It is okay to have a handshake, but decide whether you are in opposition…”

Karua also spoke about the govt’s failure to fully implement sections of the Constitution, saying it’s because there has been a disconnect between President Uhuru Kenyatta and Deputy President William Ruto.

“There was a disconnect from 2013 and it is therefore no surprise that the Jubilee government has been unable to implement the Constitution,” she said.

Karua also claimed that the referendum push is not genuine.

“These are calls to merely add to the number in the Executive. That’s not what Kenyans are missing… top heavy,” she said, adding: “Let us implement the Constitution extensively first… It’s like buying a new outfit and before even trying it, you say, I want changes…”

The former Justice Minister also faulted the State for failing to implement Chapter 12 of the Constitution on Public Finance.

“People are still looting and they are not being held to account…We have devolved corruption to the counties… we also need to think, how do we elect leaders, is it based on credentials or handouts and euphoria?” she posed.

“The Miguna case is particularly embarassing. How a government can tell its own born citizen that he is not a citizen….Whether you like him or not, he is Kenyan… people in government should never use their power to fight its own people…”

Martha stated that at the age of 62, she is still politically young, but will not be forced to declare which position she will be vying for.

Mungatana Freed On Bail After Seeking Out Of Court Settlement < Previous
Murder Suspect Jowie Irungu Moves The Masses With Debut Gospel Single ‘Nishikilie’ – Watch Next >
Recommended stories you may like: