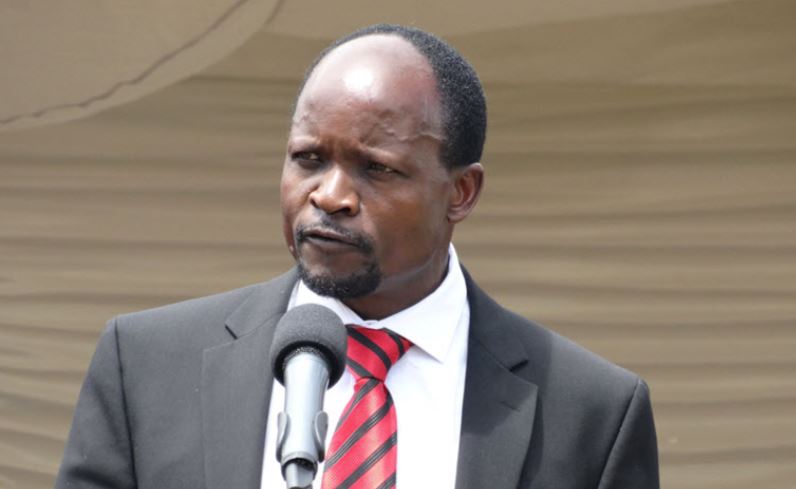 The Director of Public Prosecutions (DPP) Noordin Haji on Tuesday ordered the immediate arrest and prosecution of Migori Governor Okoth Obado and 23 others, including his four children.

In a statement to newsrooms, Haji said EACC investigated claims of misappropriation of public funds by the governor, his children, friends and employees of the county government, and that the probe, which ended on July 1, 2020, revealed that the suspects have a case to answer.

Haji found that Obado indirectly and in conflict of interest, received a benefit totaling to Ksh 73, 474, 376 from companies that traded with the county.

“The audit trail of the money revealed that companies wired Sh39 million to the governor’s children accounts which was used to pay school fees, upkeep and medical bills in Australia, Scotland and the UK,” added Haji.

Some of the monies were also traced to have bought two Toyota Landcruiser V8 vehicles.

The audit trail also revealed that Ksh34, 524, 000 was used to purchase a house in Loresho Ridge whose beneficial owner is Evelyn Adhiambo Okoth.

“I am satisfied that there is sufficient evidence to charge the named persons with various criminal charges,” stated the State prosecutor. 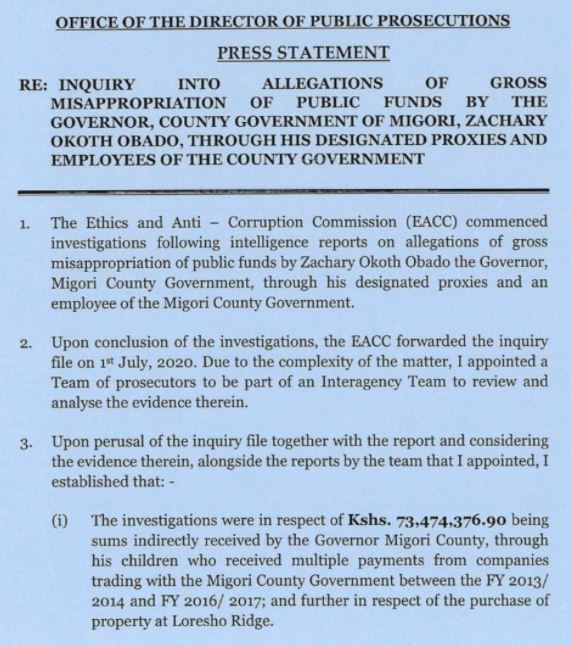 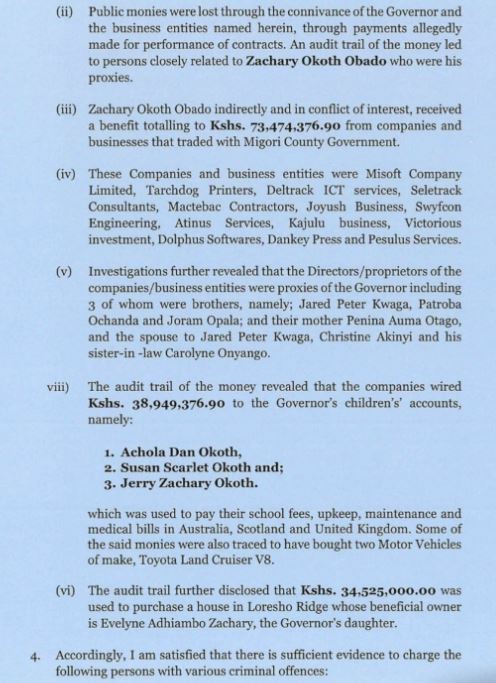 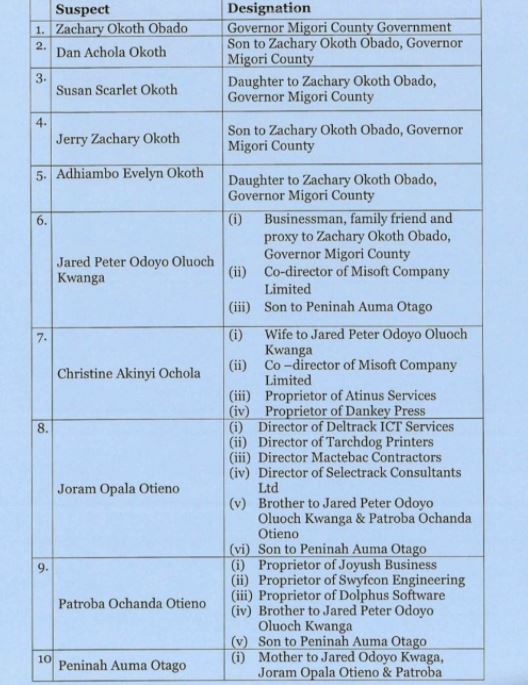 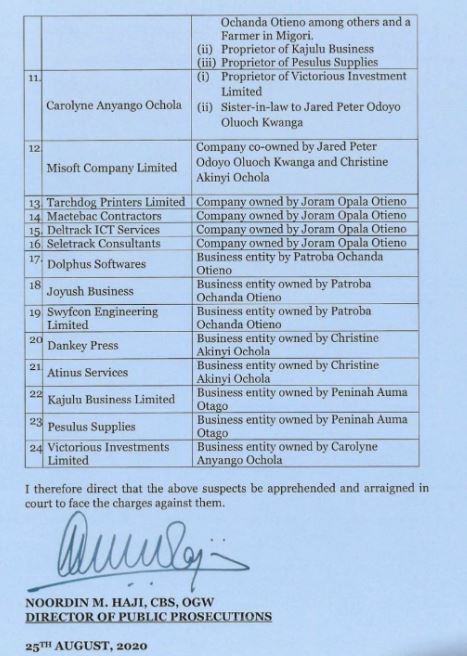 School Reopening: Parent Seeks Court Order To Resume Classes Next Month < Previous
DP Ruto Slams Raila’s ODM: Your Doublespeak Is Too Loud For Our Ears Next >
Recommended stories you may like: