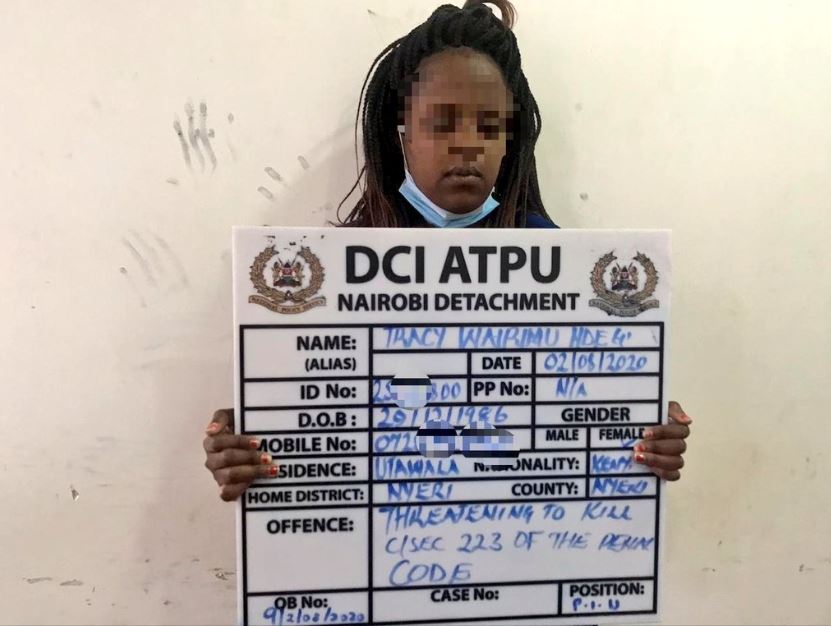 Detectives from the Directorate of Criminal Investigations (DCI) have in their custody a terror suspect who allegedly sent threatening letters to a High Commission office in Nairobi.

The suspect reportedly sent two letters, one sprayed with an industrial chemical and another with hay fever pesticides, to the High Commission on July 31, 2020.

An excerpt from one of the letters showed Ms Wairimu threatening the unnamed embassy boss to facilitate travel documentation for an unidentified individual.

“….be granted a visa without fail. I know how much racism is entrenched in your Visa system but she MUST be awarded travel documents. If she does not get a visa, consequences for you….High commissioner will be unimaginable.

“We will assault you and break your bones, we will rape you in turns and put explosives where you think you are safest,” the letter reads in part.

The DCI noted that at the time of her arrest, Ms Wairimu was out on cash bail after she was on 23rd June, 2020 charged with another terrorism hoax that targeted the Commissioner-General of the Kenya Prisons Service.

“She is in police custody pending arraignment at Kibera Law Courts once all necessary procedures are completed,” said the DCI on Twitter. 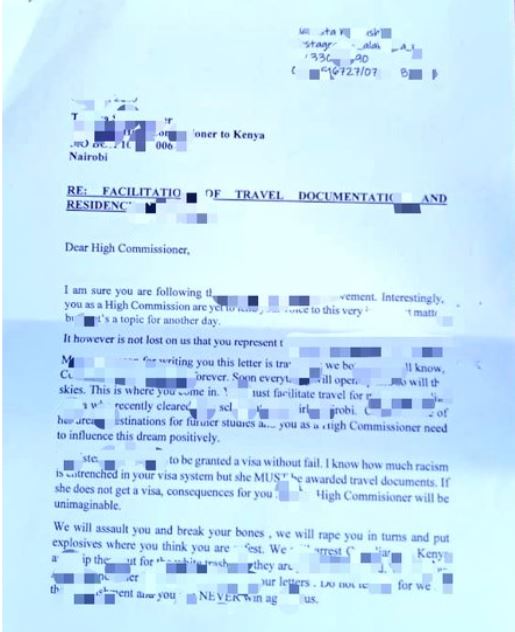 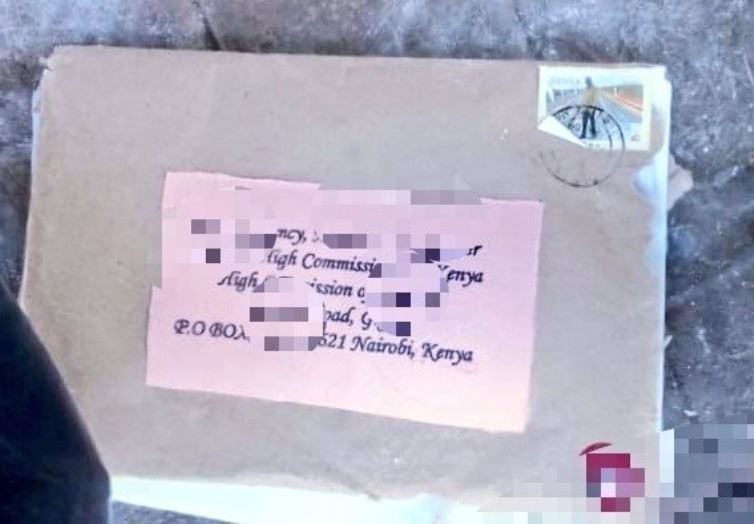 The Trending Tweets and Memes This Wednesday < Previous
John Waluke’s Wife Gets Ksh360K From Well Wishers But Regrets Starting Pay Bill Fundraiser Next >
Recommended stories you may like: