My Story: I Aborted in My Teens and Lost Nine Pregnancies 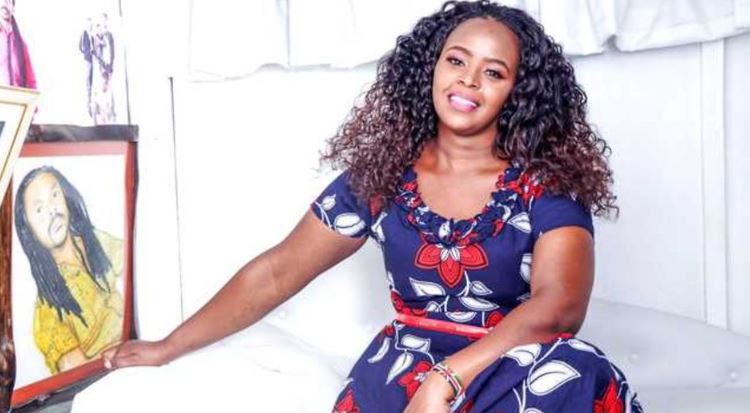 Peninah Mueni, 31, an aspiring actress, shared her heart-wrenching story via Nation, recounting how getting pregnant in her teens brought her untold misery.

My life took a turn when I fell pregnant at only 17 in 2006. My world came tumbling down. It was a heavy cross to carry as I was the firstborn and my three other siblings were looking up to me. My mum was equally distressed by the news and she said to me, “Mueni, why did you get yourself into this mess?”

My mother was the breadwinner of our family after she and dad got a divorce. Having a humble upbringing in Makueni County, I and my siblings were brought by my grandmother. She took over when mum left Makueni for Nairobi so that she could hustle in order to provide for us. Things got so tough that I had to drop out of High School in Form Three in 2006 due to lack of fees. I then went to live with my mum in Nairobi at Baba Dogo estate.

I once tried to raise money for my fees through an uncle but he made advances at me which repulsed me. One fateful day, I bumped into a young man from the neighbourhood. Deep down, it’s like I had issues that needed to be addressed and I poured my heart out to him. I felt comfortable confiding in him and it wasn’t long before a relationship blossomed. I would visit him often under the guise of visiting my relatives. It wasn’t long before I fell pregnant after only three months of knowing him.

When I shared the news with the guy, he suggested I get rid of it as he wasn’t ready to raise a kid. I was torn because I had never considered abortion. After a lot of back and forth, I terminated my three-month-old pregnancy at a nearby clinic. The guilt ate up a better part of my conscience for a long time. The relationship fizzled out thereafter and I had to move on and pick up the pieces.

In 2007, I managed to get some odd jobs like housekeeping which kept me busy and I could now help my mum pay the bills. There was a semblance of normalcy after the ordeal I had been through. After a while, the guy managed to track me down at my workplace and he begged me to give him a second chance. He professed his love to me and promised me a fresh start.

I decided to give him another chance. After all, who would want a lady who had recently terminated a pregnancy? I moved into his place in a come-we-stay marriage in 2008. It was somehow blissful and as fate would have it, I conceived within a month.

Unfortunately, I suffered a miscarriage. It’s like I couldn’t catch a break in life. I never bothered to check myself into the hospital which led to me developing a blood clot. I went to a certain clinic and they told me that I needed to undergo womb cleaning at the cost of Sh6,000. However, my husband didn’t have the money and I was out of work at that time and so I chose to just ignore it. At this point, I was so used to brushing things aside that I carried on as nothing had happened.

I went back home and the pain grew intense. My mum and uncle rushed me to Kenyatta National Hospital where I was cleaned and was put on medication.

I regained my strength and went back to my normal life. However, my marriage wasn’t exactly rosy. In a few years’ time, I had lost a total of nine pregnancies. It was psychologically draining and I didn’t understand why all this was happening to me. Every time I went to the doctor, they would advise me to take contraceptives but my husband was against it.

In March 2013, I fell pregnant for the tenth time. The doctor recommended that during the third month, I should get stitches (cervical cerclage) to keep the cervix closed. From then on my pregnancy was smooth-sailing save for my marriage which was still rocky. It’s not long after that I caught my husband cheating red-handed. I was numb from all that I had been through that I didn’t even bother to question him about it.

The biggest issue then was food. I would mostly survive on strong tea or water as he hardly left money.

I was blessed to deliver a healthy baby in December 2013 and I was elated that I had finally managed to carry the baby to full term. But it was a difficult delivery which took two days.

I went back home with my new bundle of joy excited to start my motherhood journey. However, something was amiss. I always felt like there was something wrong with my baby as I couldn’t stimulate his hands and feet.

He was behind on the milestones too. I decided to take him for speech therapy and at six years he is yet to speak, apart from the word ‘mama’. Speech therapy is quite costly but I am willing to do whatever it takes to help my son hit his milestones.

I have since forgiven my husband but I stay with him mostly because of my son. He provides but I would love to be independent and get something that I can call my own. I am interested in acting and am hoping to make it in the showbiz industry.

Betty Kyallo: Dennis Okari is Doing an Amazing Job < Previous
Zari Responds After Being Compared to Tanasha Donna Next >
Recommended stories you may like: