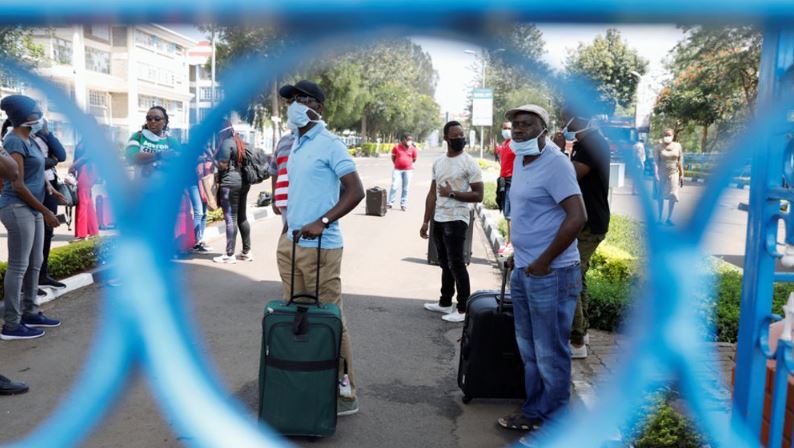 A group of seven Kenyans has moved to court to seek damages from the government for being held in mandatory quarantine.

The plaintiffs arrived in Kenya on diverse dates between March 23 and March 25, 2020 and were taken to designated quarantine facilities, court papers show.

“Placing a person under quarantine limits their right to liberty, freedom of movement, privacy and economic livelihood,” they added.

The petitioners claim that the manner in which the government is implementing mandatory quarantine does not comply with the State’s constitutional duties.

They also state that it is the government’s responsibility during this Covid-19 pandemic to promote, observe and protect the rights of citizens.

Each of the seven is seeking damages for the costs they paid in the duration they were in mandatory quarantine. The lowest is seeking Sh6,785 while the highest wants Sh112,000.

CBK: “Mobile Money Borrowers Should Expect to be Treated with Dignity” < Previous
Babu Owino Defies Kipsang’s Warning Over KCSE Revision Next >
Recommended stories you may like: