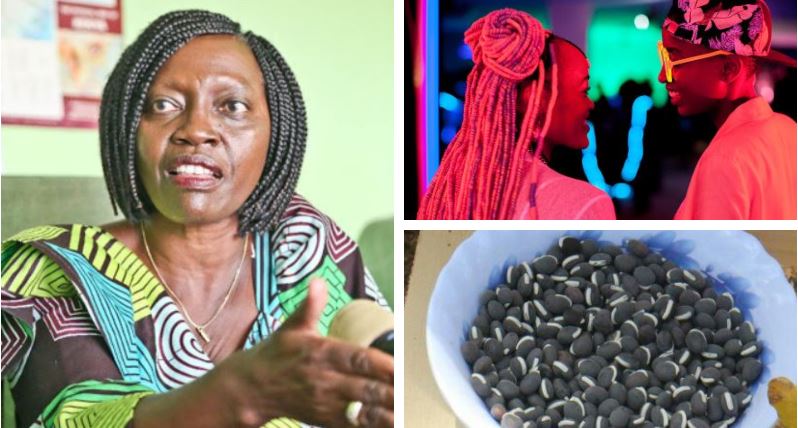 Taking to Twitter, the former Minister of Justice was responding to US-based lawyer Prof Makau Mutua, who shared a link of the film and asked his followers to watch it.

Martha Karua was among those who got to watch the film that was directed by Wanuri Kahiu.

“Thanks for sharing, Prof. Enjoyed watching this well-acted production by Wanuri,” she posted.

Martha further noted that: “Our double standards on what is appropriate/acceptable for viewing is our undoing.”

This is after the High Court last week upheld the ban on ‘Rafiki’, saying the ban does not in any way violate artistic freedom of expression but instead protects the society from moral decay. 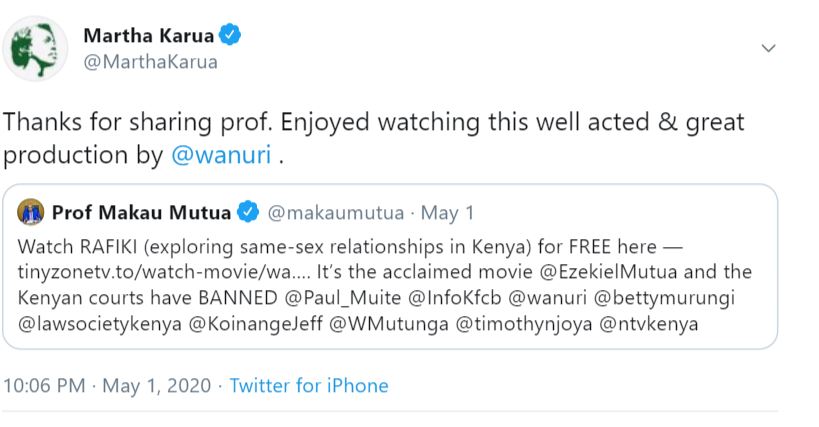 Karua also responded to a tweep who disagreed that: “On this, Mama, let’s just agree to disagree. Let male human beings remain male as female ones also remain female. Some behaviours have been assigned the males; others the females. Let it remain so.”

She replied: “The movie does not ask you to behave in any particular way just like when you watch the violent movies on our screens daily there is no requirement that you become a batterer or murderer.”

Elsewhere on the Twitter streets, Martha also defended hyacinth beans, locally known as Njahi, which have been getting trashed since time immemorial. 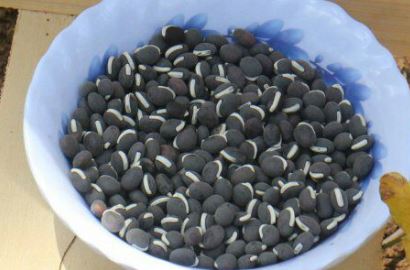 In response, Martha said: “No amount of badmouthing it can take away the lure of this great delicacy!”

No amount of badmouthing it can take away the lure of this great delicacy! https://t.co/5w6dftImtr

Amen … I stand with Njahi ?

They should taste mukimo wa njahi and ripe bananas first before they talk ?

Of course who better to defend Njahi but the culinary masters who have created ground breaking recipes shared across the world, the Agikuyu from Kenya pic.twitter.com/9jKivynZKV

We stan a true daughter of Múmbi

Family of Five Goes into Hiding After Testing Positive For Coronavirus < Previous
All The Trending Images in Nairobi Today Next >
Recommended stories you may like: