I Should Have Waited to Get Married, Says Betty Kyallo 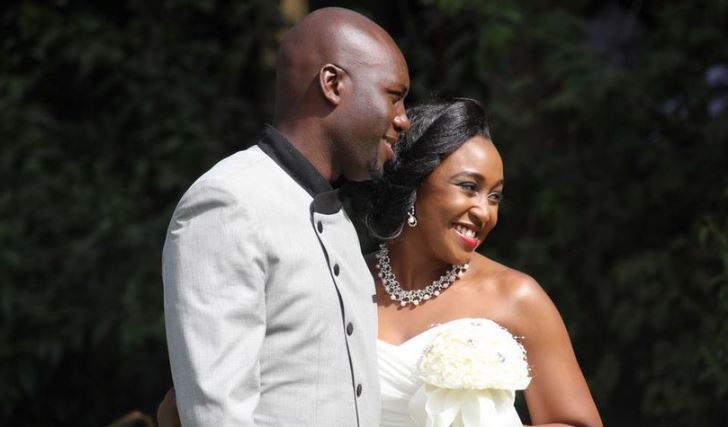 One of Betty Kyallo’s biggest mistakes in life is getting married at a young age, the K24 News anchor has revealed.

The celebrity TV presenter got married to investigative journalist Dennis Okari in a highly publicised wedding ceremony in October 2015. It ultimately proved to be a shortlived union lasting about six months as the two journalists went their separate ways unceremoniously.

Betty Kyallo now admits that she rushed to settle down given that she was only 26 years old.

“I think it(biggest mistake) was getting married a bit young because I was 26. This is for me, Betty. At 26, I don’t think I had really seen my full potential or like I hadn’t lived life… I hadn’t seen or explored life by myself and I think that’s it. There’s no issue with that, it happened but it’s not something that was a mistake as such. It was just something that you know if I was to re-do that part of my life, probably I would have waited a bit,” Betty responded to a fan on social media.

The mother of one added that she is now mature and understands herself better. She also noted that there is nothing wrong with getting married at 26.

“Maybe right now, or 2 years from now it doesn’t matter when I’ll feel ready. I should have chilled nilikuwa na mbio but this is for me, if you want to get married at 26, just do you. For me I think now I’m more mature, more in touch with myself, I know who I am it makes it easy for me to let in somebody because najielewa,” she said.

This comes days after the former KTN news anchor revealed that she is warming up to the idea of getting married again.

Read: Betty Kyallo Says She’s Warming Up to the Idea of Marriage

Waiguru: “Only The People of Kirinyaga Can Remove Me From Office” < Previous
Family of Five Goes into Hiding After Testing Positive For Coronavirus Next >
Recommended stories you may like: