Singer Samidoh: Why I Can Never Leave My Police Job 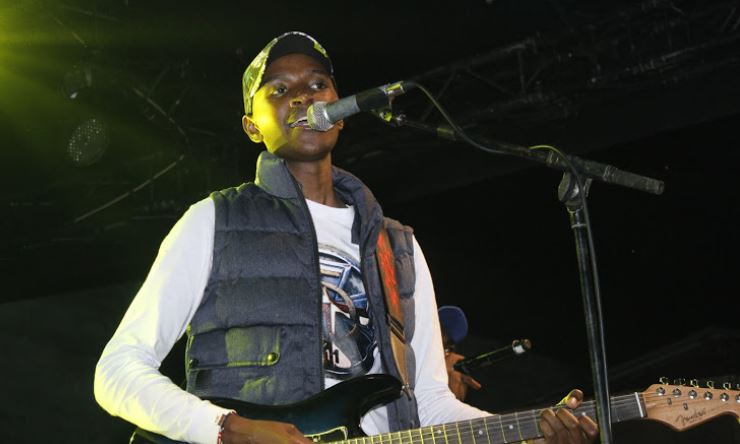 Mugithi musician Samuel Muchoki, alias Samidoh, who doubles up as an AP officer, says he can never leave the force despite his growing success in the music industry.

“Police work entails so much, but I like it since where I work, I don’t deal with people directly, so that has saved me,” he said.

“I can never leave my military work because I looked for that job while naked.”

He continued; “Have you ever gone to a police recruitment exercise and seen people without shirts being taken through various activities? Leaving a job you searched for under those circumstances is very painful.”

The musician joined the service in 2013 and went through 15 months of training before graduating in 2014. His first operation was in Eastleigh, Nairobi after which he was posted to Mpeketoni in Lamu, County.

After serving in the Coast region, he was transferred to Dadaab in Garissa County. It was during his posting to Daadab that he reawakened his singing talent.

“I was off duty in October 2016 when I composed the first song that brought me to the limelight. I never knew it would become an instant hit until I heard it being requested and played on the mainstream media repeatedly,” he said.

The track dubbed ‘Ndiri mutwe mwega’, which translates to ‘I don’t have a straight mind’, was inspired by the anger Samidoh had.

“Ninety percent of the song is a true story, while the rest is art,” he explained.

On how the coronavirus pandemic has affected his music, Samidoh said he had to postpone and suspend many events.

“I would simply term this pandemic as a total grounding because there are zero events. Artistes earn from social gatherings, which are no more,” he said.

“I had a calendar booked up to September, but all these events will be suspended and my Europe tour postponed.”

Samidoh is set to stage a live performance on his social media platforms on May 2.

The Top Stories on the Internet Today (Tuesday April 28) < Previous
Diamond Confirms Tanasha Converted to Islam in Tanzania Next >
Recommended stories you may like: