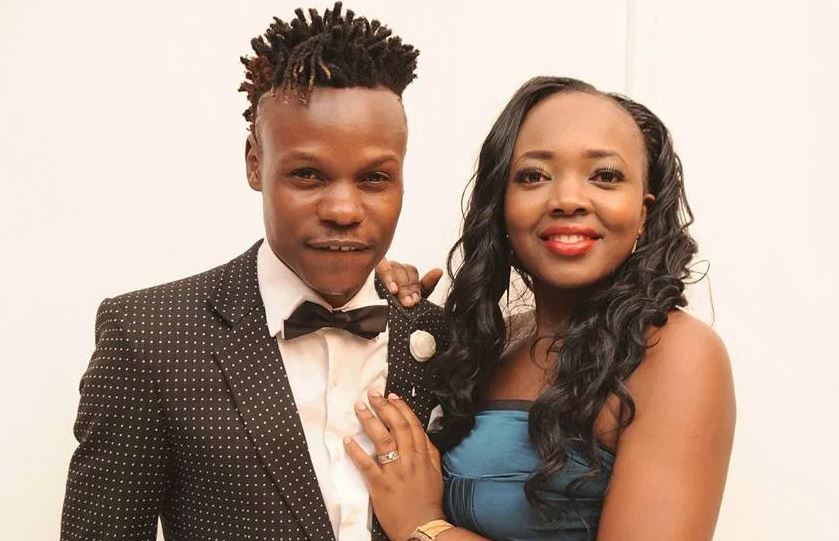 In a story that has become all too familiar, gospel artist Eko Dydda has joined hundreds of Kenyans put in mandatory quarantine at government institutions.

Police officers have been accused of abusing the curfew and social distancing orders. There have been numerous reported cases where Kenyans had to part with thousands of shillings so as not to be prosecuted or forwarded to a quarantine facility.

Boniface Mwangi has today posted how Eko Dydda found himself on the wrong side of the law, and now has to spend a minimum of 14 days at KMTC, at his own cost.

A bitter wife to the artist wrote Boniface a lengthy message, detailing how her husband found himself in that predicament. She says that Eko is being punished because she would not part with Sh5,000 without a receipt. She also adds that the fact that she recorded the police officers on her phone infuriated them and they are out to teach her a lesson.

FORCED QUARANTINE BEING USED AS PUNISHMENT BY POLICE

My name is Sylvia Dydda. I have been unwell since January. I have high blood pressure and a high heart pulse that has led to facial palsy and other complications that have affected my mobility. I am not able to walk properly. I am taking BP meds and neuro care for the nerves. On Saturday, my medicines ran out and my husband, Eko Dydda, father to our two amazing kids decided to go buy them. He went to a pharmacy near our neighborhood, in the late afternoon, but he couldn’t find the medication. He then decided to drive to Nairobi CBD where he found and bought the medication. On his way home, he got a puncture at around 6:30pm and by the time he had fixed it, it was about 6:50pm. He continued with the journey home and on reaching Ngong Road, near Coptic Hospital, he found a police road block at around 7:10pm. He was stopped and arrested. The police had commissioned a breakdown truck and every car that violated the curfew was being towed to Kilimani Police Station. The car owner was then put in a police vehicle and driven to the Police Station.

On reaching the Police Station, Eko was booked in the cells. My medicine was left inside the car. Early Sunday morning, my neighbor took me to the Police Station because I could not walk properly. On arrival, the officer manning the Occurrence Book asked if l had money to pay bail for my husband, following which he would be required to appear at Milimani Court on Monday. I think I asked too many questions, as l pleaded his case, because they eventually told me to get out of the Police Station and only return when I had the money. I went outside for a bit and then went back in to ask if I could pay via m-pesa. The officer replied, “toka hapa, enda leta cash” (Get out and go come with cash). I was secretly recording our conversation.

I left again to go and withdraw Ksh10,000, then returned and gave the officer the requested bail of Ksh5,000. I wasn’t aware that he had noticed I had recorded him, so he told me, “Leta pesa ndio nikuandikie receipt” (Give me the money so I can give you a receipt). I gave him the Ksh5,000 cash and he started opening drawers, so I thought he was looking for a receipt book. He took out a brown envelope, put the money inside and told me, “Enda nje” (Go outside), then he chased me out of his office.

After waiting for an hour, he brought Eko out from the cells, handed him the receipt and told him to go pay the towing charges to the breakdown vehicle operators, since it was they who had his car keys. We found the breakdown vehicle people behind the toilets. I found that weird. I told them l would only pay them if l got a receipt. They referred me to a female police officer who came, picked the Ksh5,000 cash and then took me to a shop inside the police station and gave me a receipt, after I requested it.

I asked her for the car keys and she told me that they were with the officer to whom l had paid the cash bail and who had lied to me that the breakdown vehicle guys had them. Eko went to get the keys and as I was waiting for him, I heard one of the officers saying, “Hii mama imetu record hajui tuna weza poteza hii mutu yake.” (This woman recorded us and she doesn’t know we can make her man disappear.) We got into our car and drove off.

On our way home, Eko received two phone calls asking us to go back and collect the car. Eko told the caller he’d already picked the car. Then they asked him about the receipt for the bail and Eko told them he had collected the receipt as well. That was around 9:30am. The caller’s phone number was 0721254408 and his name, according to m-pesa, is James Samira. We arrived home and Eko showered and slept. The police, however, kept calling. We ignored their calls. Eko received calls from four different numbers calling from Kilimani, one of them from a female officer. She told Eko that someone who was in the cells with him had died and he should go back to record a statement. They gave him a number (0756479296) to call when he arrived. While on the call, we overheard someone say, “Hii mtu pekee ndio umepea receipt, hii ni shida.” (You issued a receipt to one person, this is problematic).

We arrived back at the station at around 12:30pm. Eko was re-arrested and they took back the receipts they had given us but, luckily, l had taken pictures. The officer who had issued us with the bail told us to take back our money because the bail had been cancelled by the boss. Out of all the people who had been arrested that evening, we were the only ones who had insisted on being issued with a receipt.

Eko had left me outside the Police Station and when l went inside to follow up on what was going on, l was told that since I had recorded them, they were going to teach my husband a lesson. “This is Eko Dydda, the President gave artists Ksh100 million, he will vomit this money”, one officer told me. The OCS came and ordered his officers to take Eko to “that place.” I didn’t know where “that place” was but, later in the day, Eko called and informed me that he had been taken to the quarantine center at KMTC. He told me there were about 200 people there. He was given a blanket and a bed. Up until now, no tests have been taken and he was told the tests would be done on the day they were supposed to get discharged.

l went to KMTC Mbagathi, where l met the officers who had taken Eko there. They told me, “Eko paid us Ksh10,000 and insisted on a receipt. Now he will pay the government Ksh28,000.” They went on to say, “Where do you think our money will come from? It comes from the citizens. I will teach him a lesson. The police officer in Kilimani stopped about 50 motorists on Saturday night but only your husband is giving us problems. If you share the video, we will come, arrest you with your children and take you to quarantine.”

I have spoken to Eko. Here is his story what’s happening at KMTC Mbagathi. When we arrived, we were told this is prison, it’s not quarantine and we are prisoners. We weren’t tested during arrest and we shared the cell in Kilimani Police Station with other people. At the quarantine centre, people arrested all over are in the same place. The only time you get out of the room is to go pick food but people here aren’t observing rules. They’re bitter, because no tests were taken and they feel they might get infected with Coronavirus. The quarantine is like a dormitory but with individual cubicles, we are sharing toilets and bathrooms. We have been told we shall be tested after 14 days, and if one or two people are found to be positive, all of us shall be held in quarantine for another 14 days. Most of the people here, are from the ghetto, those who couldn’t afford to bribe police, and l don’t think they will afford to pay the quarantine charges. It seems the government is trying to justify spending the Coronavirus budget on forced quarantines.

FYI: Police aren’t only targeting motorists. Police are doing swoops in low-income areas and arresting people for simply walking around. My friend was extorted out of Ksh10,000 at Buru Buru Police Station, to get his younger brother and his friend released. The police arrested them while they were standing outside their house chilling. They were given an option to pay the bribe, or be taken to quarantine at their own cost. Kenya isn’t yet on lockdown but #KenyaPoliceForce and their bosses at Police Headquarters have found a way to make quick money. The threat of quarantine is forcing people to bribe. What will happen to those who can’t afford to pay quarantine fees, will they be sent to prison?

Curfew Breakers To Be Quarantined as Govt Gets Tougher in COVID-19 War < Previous
The Top Stories on the Internet Today (Tuesday April 21) Next >
Recommended stories you may like: