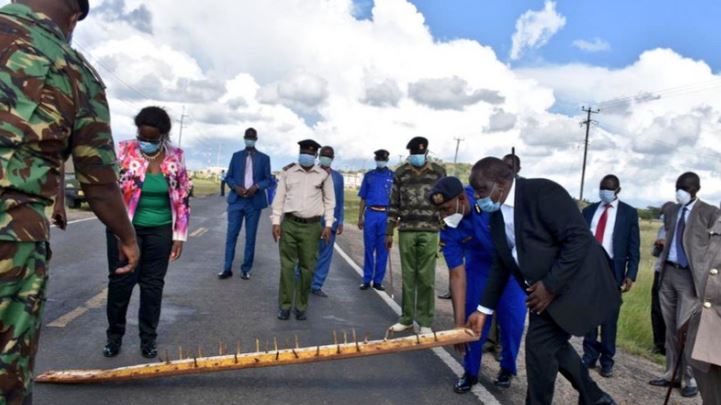 Interior Cabinet Secretary Fred Matiang’i has heard the cries of Kamulu area residents who lamented that they were unable to get to their workplace in Nairobi county.

In a video that has been shared widely on social media, Kamulu residents filmed themselves taking shortcuts to escape a police blockade while going to their places of work in the Capital city.

On Tuesday night, Matiang’i visited the police blockade in Kamulu area and ordered police to extend it by ten kilometres.

“We have decided to move it a bit further to enable the residents operate freely. This was too close to Nairobi,” Matiang’i said.

Kamulu area had been locked out of the Nairobi Metropolitan area boundaries despite being home to many city dwellers who commute to Nairobi for work.

Sh25m Worth of Miraa Set Ablaze in Lamu < Previous
Orengo, Imran Okoth Display Covid-19 Results as Lancet Dismisses Reports on 17 Positive MPs Next >
Recommended stories you may like: