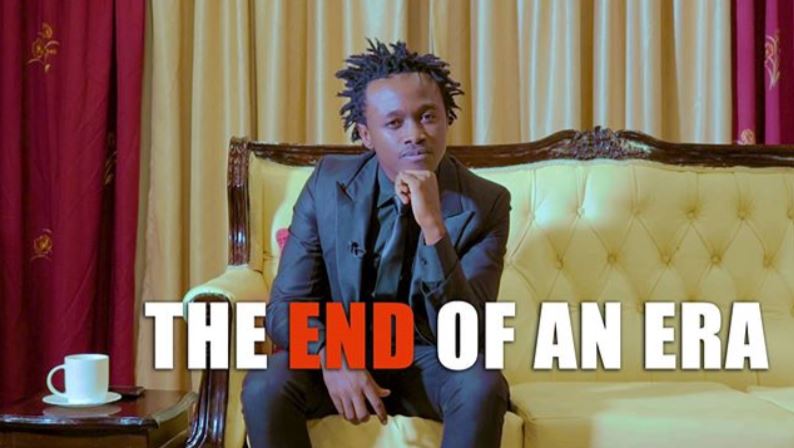 It is the end of an era for the Bahati-owned Eastlands Most Beloved (EMB) Records music label.

According to the controversial singer, the decision was reached after months of deliberation and soul searching. Noting that he did not start EMB as a money-making venture, Bahati said industry gatekeepers and other singers who are jealous of his success have been working overtime to bring him down.

“Most gospel artistes have been so jealous of my success,” he said, adding: “Some felt like the artistes I was signing are the ones who were making money for me.”

“EMB Records has never been a business. I had contracts because I was hopeful that, someday, they would be successful and, maybe, there would be a return on investment. My focus was to alleviate the artists,” said Bahati.

“I wanted to help someone to be successful so that some day they will be in a position to support themselves, but unfortunately, people have misunderstood that,” he said.

Making the announcement on YouTube, Bahati said ‘scandals’ were engineered to target EMB Records, his standing as a musician and marriage to Diana Marua.

“You would expect to see God in the gospel scene, the real reflection of how Christ should be – but most of these artists started thinking and getting jealous saying I was successful because of the EMB Record label forgetting that God has been blessing me. I a child of God. Being at the top is by God’s grace,” he said.

“To fight Bahati, the devised how they would sow division. Most of these artists were already here; some were washed-out but I brought them back, they were being laughed at by other gospel artists. But because I took, including new artistes, under my wing and branded them, they saw an opportunity to create cracks.”

“The gospel is Christ, but this is a messed up industry with no gospel in it,” he said, “pretenders are worse than murders… Let’s say the truth, the gospel industry is not doing well. That is why Willy Paul alituhepa. The bible says whenever two or three agree in my name I am in their midst. In the gospel industry, people do not agree in the name of God. When they do, they agree to finish another, to destroy Bahati. And you expect to make hits like this? Guys, Gengetone will prosper because even if the singers use a lot of marijuana, they are together and have a following. God has blessed Gengetone,” he said.

Deejaying Helped Me Cope With The Loss of My Husband: Meet DJ Bunney < Previous
Starting Out: I Thought I Would Have Made in Life It By Age 25 Next >
Recommended stories you may like: