Someone Asked Lillian Muli, “Be My Sugar Mummy?” This Was Her Response 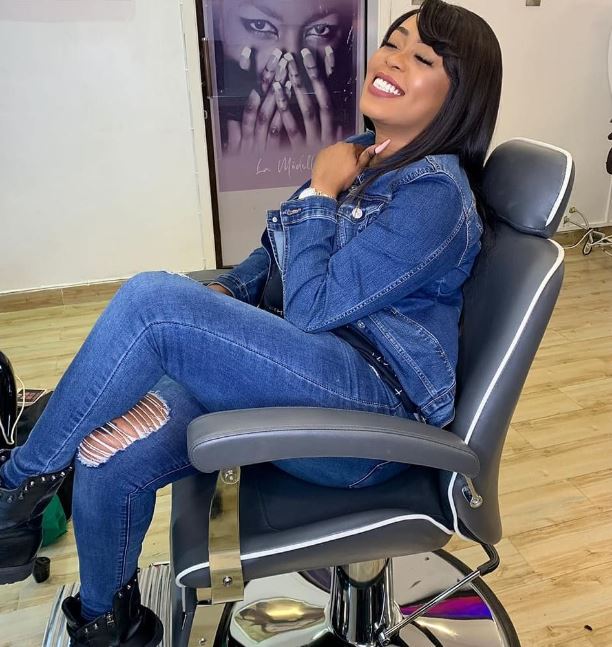 News anchoring personality Lillian Muli gave her over 895K followers on Instagram an opportunity to ask personal questions and they duly delivered.

The Citizen TV journalist faced questions about her “husband”, marriage, her boys and more, but one IG user stood out after asking Lillian Muli to be his sugar mummy.

“Can you be my sugar mummy?” the fan posed.

The mother of two was gracious enough to respond to the unexpected ask. She quashed the guy’s dreams, saying: “Lol No. Unfortunately, I can’t afford you.” 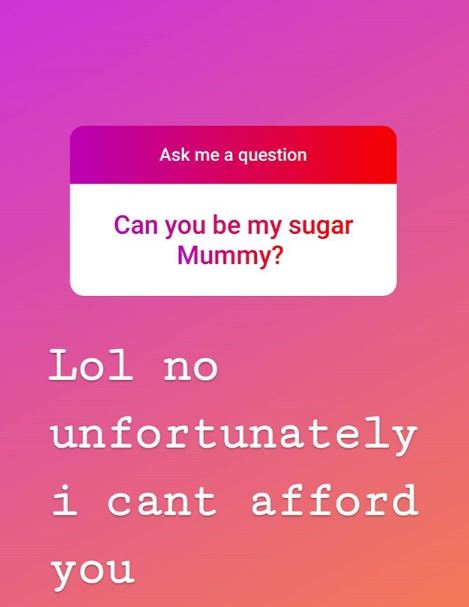 Well, you can’t blame a guy(or girl for that matter) for trying. Dreams are valid after all. 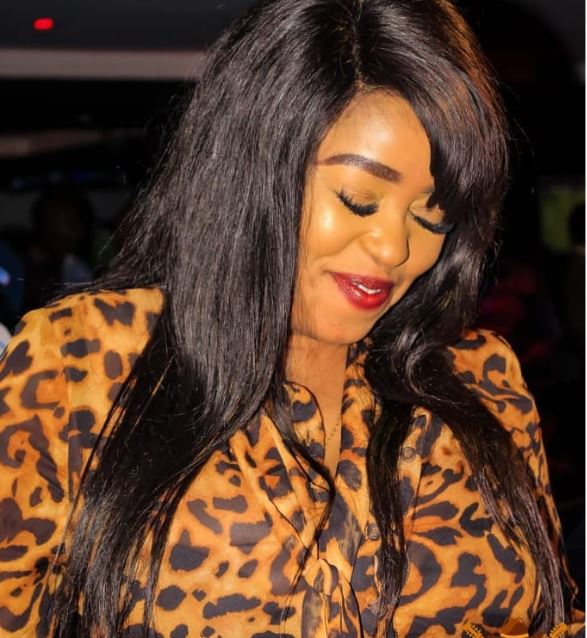 The mother of two was also asked if she is pregnant, to which she responded with a resounding “Nope”. Lillian Muli also revealed that she is done having kids.

The media personality also revealed that she rarely cooks after being asked: “Which is the favourite meal you like preparing for your hubby?”

Muli, however, did not give a straight answer after being asked if she was married, only saying: “I’m happy”.

It also emerged that ‘Mama Boys’ is the proud owner of three vehicles, including a Merc and a Range. That’s sugar mummy status right there if you ask me.

Take a peep at some of Muli’s answers below. 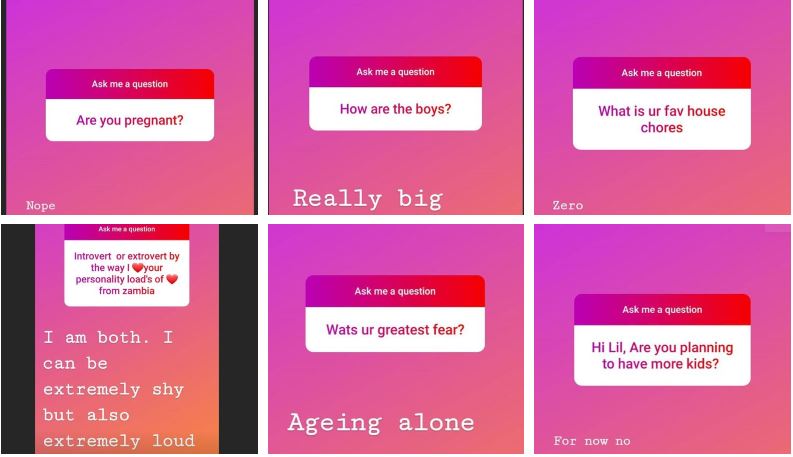 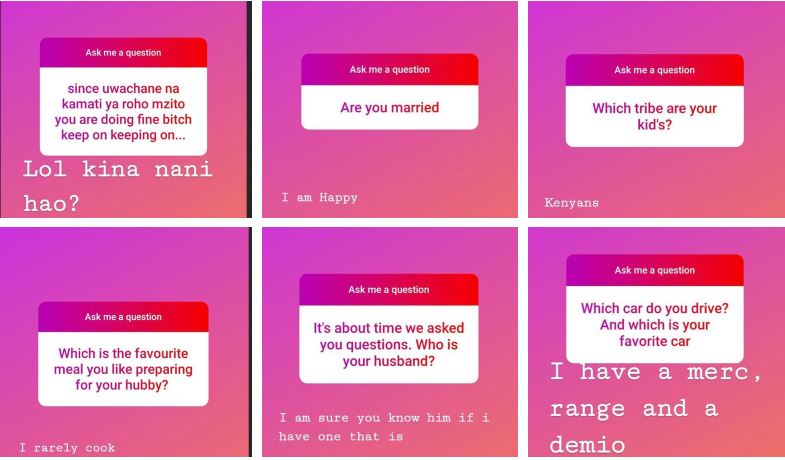 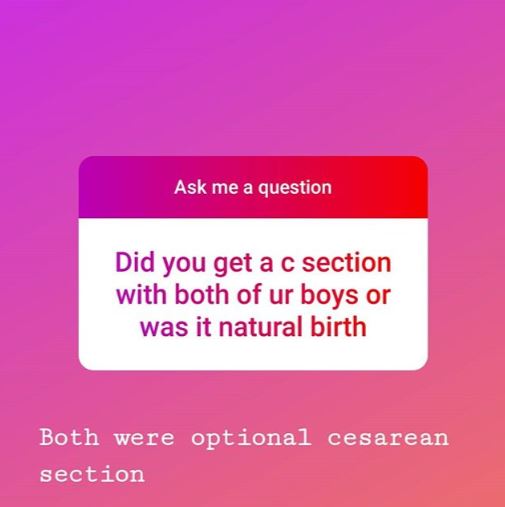 Nairobi County Given Hours to Collect Garbage or Else… < Previous
The Trending Images This Friday Next >
Recommended stories you may like: