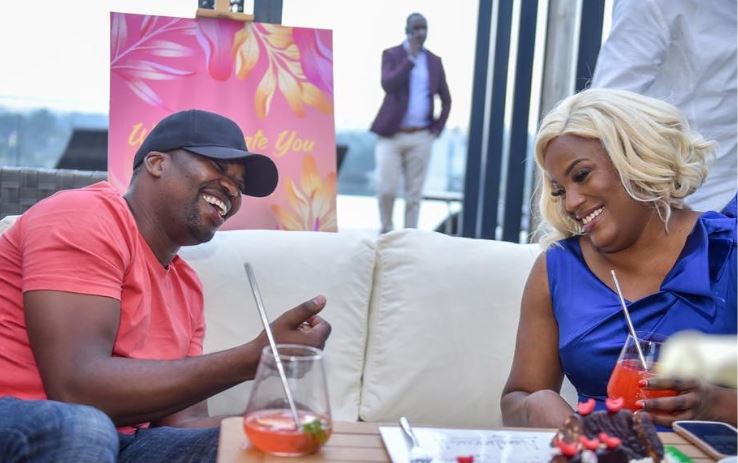 Earlier this week, some gossip sites reported that Nana and MC Jessy are not only married but are expecting a baby as well.

It is claimed that the pair held a secret wedding in Italy, with MC Jessy allegedly sending a message to his admirers.

“All girls who have been salivating for me and disturbing me in my inbox should now know that I’m somebody’s property. I belong in the first class family,” MC Jessy was quoted.

Nana, who turned 42 on Tesday, took to Instagram Stories to set the record straight. 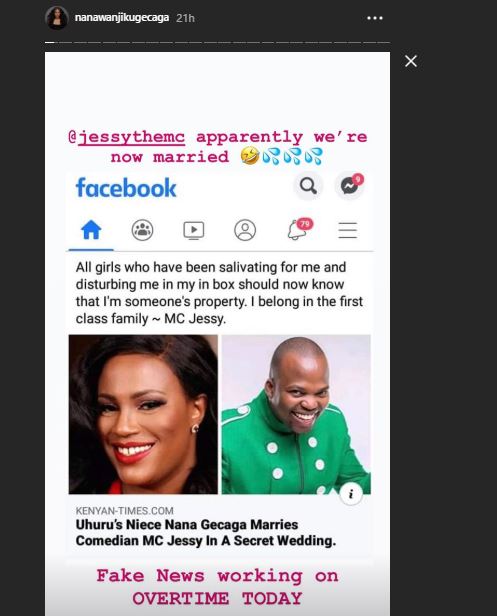 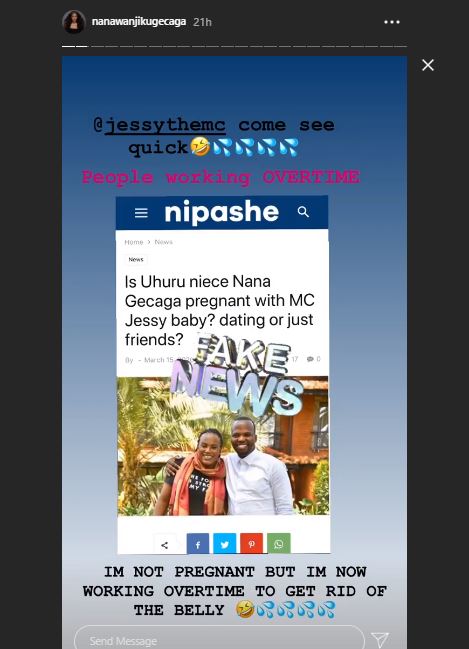 MC Jessy was among the guests at Nana’s birthday celebrations. The two are also said to be working on a project together.

“Bitter Root in Uhuru’s Leadership Should be Uprooted,” Says Muigai < Previous
Covid-19: Nairobi County Training Thousands of Health Workers to Combat Pandemic Next >
Recommended stories you may like: