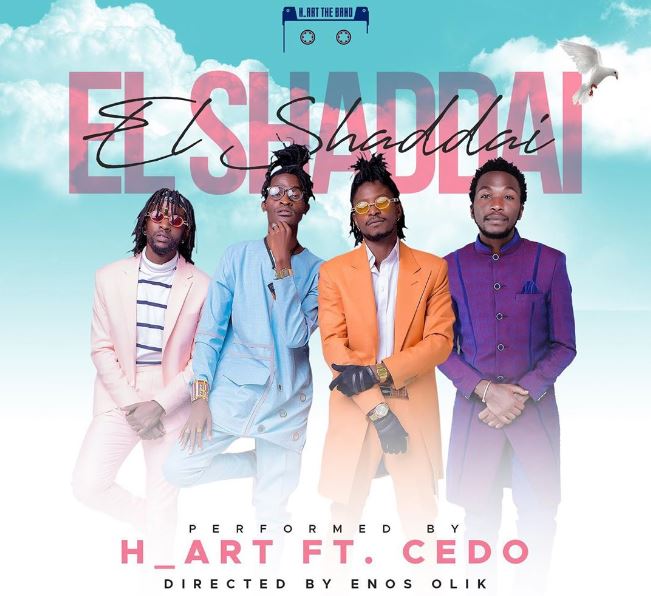 A little over a week since it premiered on YouTube, ‘El-Shaddai’ by Afro-poetry boyband H_art The Band is still trending on the video-sharing site.

‘El-Shaddai’ also serves as the band’s first music video of what is going to be a ‘Visual Year’ for H_art the Band. At the beginning of the year, the trio announced that they will be releasing more music videos than any other year in their 6 years in the industry.

Featuring talented producer Cedric ‘Cedo’, El-Shaddai is off the band’s maiden album, ‘Made in the Streets’.

The song also marks the start of a campaign dubbed ‘#ItakuwaFine’, which means, ‘All will be well’. The boys, who are all introverts, felt the need to start this campaign to help people like them who don’t have the courage to express how they really Feel.

“#ItakuwaFine‘ campaign coined from lyrics from the song is meant to mostly focus on Mental Health and the importance of saying what you feel as opposed to bottling it in,” said H-art the Band.

‘El-Shaddai’ carries a heavy message of hope even in times of despair.

“Through music, I can express myself, heal myself and others, make an impact and ultimately, touch and change lives. This song did this and much more for me. I hope it does the same for anyone who hears it during these trying times,” said band member Mordecai.

New KeMusic – Akothee, Bahati Team Up in Gospel Hit ‘Nakupa Moyo’ < Previous
Betty Kyallo’s Appeal to the Government as She Closes Beauty Parlour Next >
Recommended stories you may like: