‘I’m Your Wife. Boundaries Have to Be Respected’ – Diana Marua to Bahati Over Meeting Baby Mama 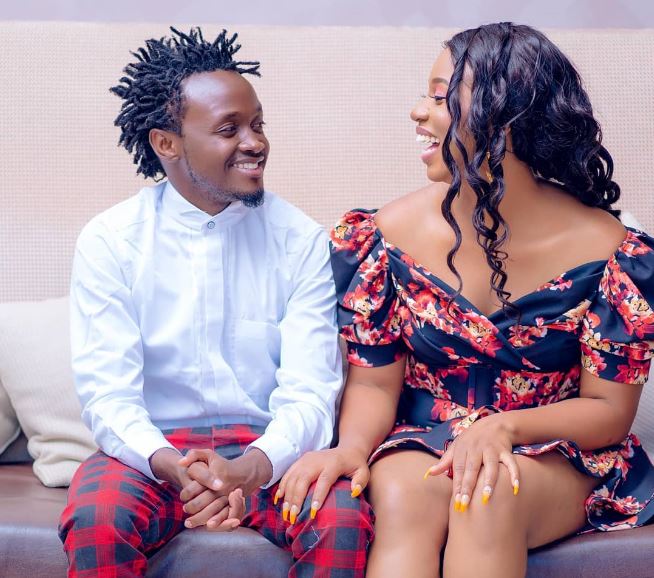 Diana Marua has pretty much ruled out having a sit-down with Yvette Obura, her husband Bahati’s baby mama.

On her YouTube channel, Ms Marua told Bahati that boundaries have to be respected because she is his wife while Ms Obura is the mother of his child.

Marua said it would take divine intervention for her to meet Mama Mueni.

“God ako na plans zake but for me, to be honest, I’m your wife and she is your baby mama. So I feel like there are boundaries that have to be respected. So ikiwa mpango ya Mungu tutapatana mahali then well and good that will flow then,” she said.

“Siwezi panga mipango ya Mungu. Mimi mwenyewe siwezi kupanga. I’m your wife and boundaries have to be respected,” said the mother of two.

Diana, however, said she does not hold any grudges against Ms Obura.

“First of all, I don’t have any grudges, I don’t keep any grudges and you know that. I don’t and you know me better. So what I’d say is, that’s in the past and she had her own reasons pengine najua hata ukimuuliza atakuambia. Kila mtu akiwa na reason yake ama opinion yake huwezi bishana,” she said.

This comes after Diana disclosed she fell out with Ms Obura after she attacked her for opening an Instagram account for Mueni and posting a picture with her.

“If you remember I’m the one who even opened her (Mueni’s) Instagram and we took some photos, then you requested me to post a photo of her; and I did it clean heartedly coz you requested me na hakukua na issue. I remember after posting Mueni’s photo I was attacked, and I was like I wasn’t expecting this. Mama Mueni attacked me, her sister also attacked me. So that’s why Mueni is not my daughter on social media. Mueni is my daughter but that’s how I will put it,” said Diana Marua.