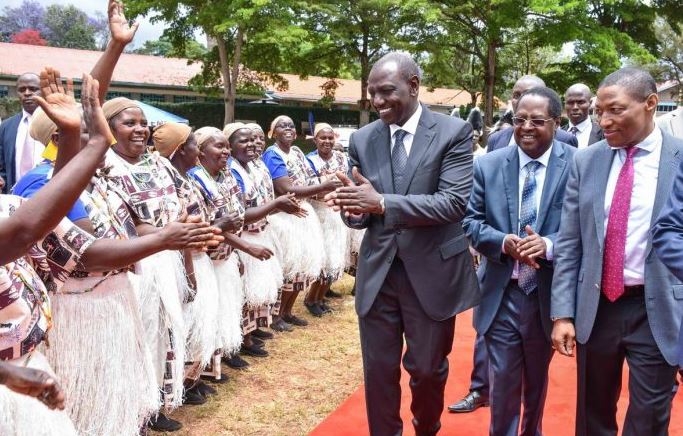 Embu Governor Martin Wambora has denied that his directive to close all stadiums in the county is aimed at blocking DP Ruto from using them for his event.

The Deputy President is scheduled for a meeting at Moi Stadium in Embu on Sunday and has since confirmed attendance.

But the County boss, who learnt about the planned event, immediately closed the venue and all other possible venues for ‘renovations’, the Star reports.

A source reportedly told the publication that efforts to modernise Moi stadium are still ongoing.

“The stadium will be open for use from the second weekend of March this year,” the source was quoted as saying.

Governor Wambora dismissed the narrative that the closure of the stadiums was politically motivated, reiterating that renovations are ongoing.

“I am surprised that some individuals are saying that I have closed Moi stadium to block some individuals from using it. This is not the case.The chief officer in charge of the stadium has brought to my attention a memo he had written to the effect that the stadium will be closed for renovation, from 10th February,” Wambora said.

Embu County’s Chief Officer for Youth Empowerment and Sports, Samuel Wachira said Moi stadium has been closed to allow the construction of a proper drainage system.

“We are also landscaping and trimming the grass,” he said.

Mama Lucy Hospital Shooting: Killer Cop Arraigned in Court < Previous
The Trending Images This Furahiday Next >
Recommended stories you may like: