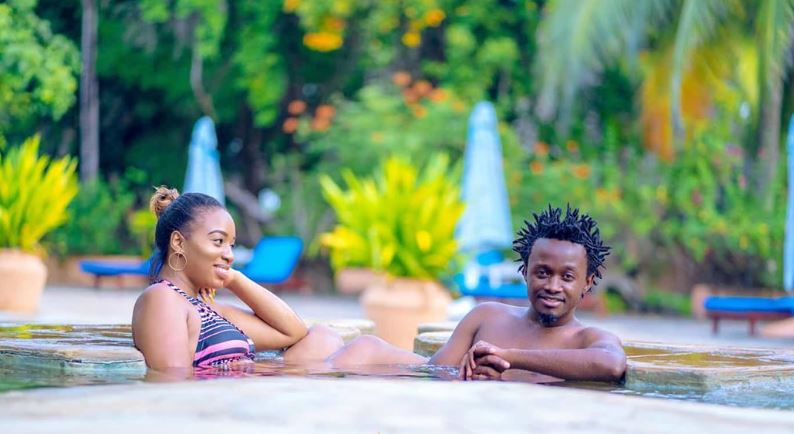 When he is not suing his former signees at EMB Records and getting them arrested, the singer can either be found releasing a controversial song with the secular Gengetone group ‘Boondocks Gang’ or dealing with baby mama drama.

And as he continues to drag his brand through the mad all by himself, the singer has once again proved why some fans are claiming that he is following in the footsteps of former gospel singer Willy Paul, who eventually caved in to earthly vices.

In a post on social media, Bahati told off a fan using some obscene choice of words that one wouldn’t expect from a gospel artiste.

The female fan had commented on the singer’s post telling him that showing off his relationship on Instagram was becoming boring to put up with.

To which Bahati replied telling the lady to satisfy herself if she did not have a lover to post on social media.