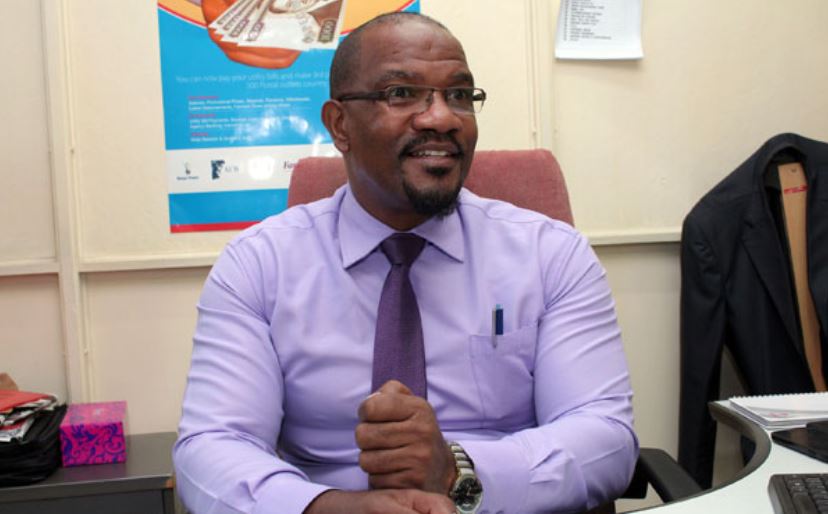 Veteran Kenyan thespian Ken Ambani made his acting debut about thirty years ago playing the role of a charming womaniser known as Baraza on ‘Tausi’.

While the role of Baraza propelled him to instant fame, it was also the source of his greatest struggle.

In an interview with Sunday Magazine, Ambani, who now serves as marketing manager at Postal Corporation of Kenya, opened up on his acting journey, single fatherhood, and more.

You just turned 49. What is the most important lesson you think life has taught you?

That you can only count on you. People can show concern but the only person who can make you who you want to be is you. Also, there are very few people you can trust. It has been my biggest mistake so far; trusting people too much. People will come all the way from the US to bury you. But when you are in trouble, even the closest relatives will walk past you.

Back in the day, you were considered the ‘Alejandro’ of the generation; the quintessential heartthrob. You still ‘got it’, as the young folks would say. How do you do it?

Gym is part and parcel of my life. I work out for two hours, three days a week. I do the treadmill for 30 minutes, then do weights for an hour then stretch for 15 minutes.

That keeps me afloat. I have also managed to handle many things psychologically because of working out. I was an executive member of the Kenya Body Building Federation some time back. I even went into professional bodybuilding at some point.

Many people still call you Baraza from your 90’s role in Tausi. Ever thought to just adopt the name?

That was a great role. It was the show that catapulted my acting career, now spanning over 27 years. And we do have a WhatsApp group with everyone from the show. I think I did a good job. But it is also the source of my greatest struggle.

The show shaped people’s perception of me. They thought I was a ‘player’ thanks to Baraza’s character. The expectation was that I am a macho-man, and that often translates to I do not have feelings. Do you wonder why Robin Williams committed suicide?  Or Whitney Houston abused drugs? People are usually running away from the unrealistic expectations they can’t live up to. You are not supposed to feel sad, you are not supposed to lack in any way. People meet me and get surprised I am not a party animal or a womaniser. Those perceptions have cost me relationships.

I am single, and I have four kids – Anita, Abby, Chelsea, and Jordan. My youngest child is 16. I raised the children, and lived with them.

What was that like…being a single dad?

I grew very close to them. I had made up my mind that if the marriage thing did not work out, then I would focus on my children. That is what I have done for a very long time. I did not remarry. Choosing my children over marriage was borne out of my own struggle growing up.

When I was in my teens, my parents separated and my mother remarried. Shortly after, my father died and I had to go live with my step-father who had another family. I was a teen then.  It was a real struggle and a big adjustment for me. I came from a Christian family, but my stepdad and his other family were Muslims. Until then, I had lived a relatively comfortable life, but I had to get used to the new lifestyle. On the bright side though, at least I become a good actor out of it. 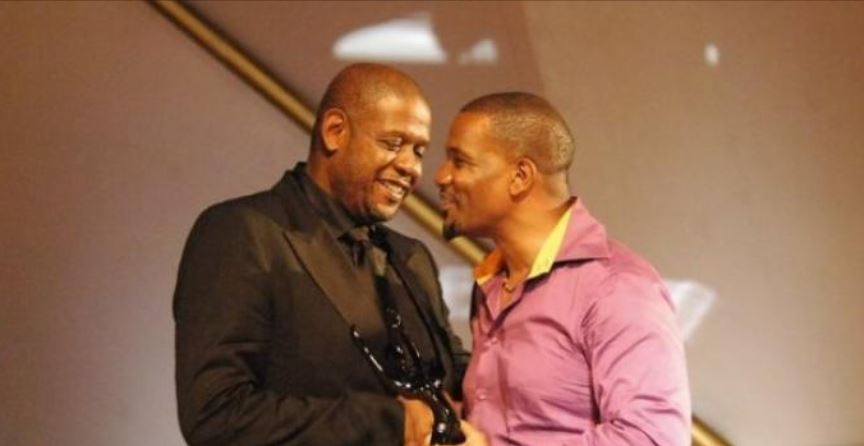 How did the poor circumstances birth an actor?

Being an outsider in a family comes with lots of challenges. One, you are not treated as one of them. So how you fit in is that you have to smile all the time and you have to act like all is well. This fear, of having to expose my kids to such circumstances is what fueled me to stay with them and work hard enough to help them escape hardship.

So, would you say poverty propelled you to succeed?

Yes. It is what changed my perception of life because it was very real. And it was all out of the love between my mum and this man. Sometimes, for food, we would cook mangoes or have ugali and salt.

Since you seem to be doing well in an industry where most veterans are struggling, what would you possibly say you have learnt about money?

I would have to thank my mother for starting me early in investing.  Later in life, she also started investing in property and now earns enough money. When I started making money from acting, she would tell me that if I got something, I should divide it into five portions, keep three out of five portions and only spend two.

Sounds simple but it works. Plus, having experienced poverty, I did not want to ever go back there. So I started with one rental unit and the earnings motivated me to get the second. The money that I would earn, I would throw into building a foundation for the next rental.

I would advise anyone to invest their money somewhere they know there is a tomorrow. Make money when you are young and energetic enough to work for it.  and have the strength to work. If someone asks me where the money from all the commercials I did when I was young is, I can show them.

Since the kids are all grown up now, isn’t there time for love…?

I have tried dating before, but it didn’t work out. But I would not mind some companionship now even though I am not searching.

If you were asked to name your greatest accomplishment, what would it be?

My children. And I can easily say that my life’s happiest moment was witnessing their births. Of course, this excludes the one time I was forced out of the delivery room…The mum was in pain and she was yelling at me to get out.

What is the worst pain you have ever felt?

That would be losing my eldest brother in 1991. This experience would shape the person I became. He was shot dead in Busia during a robbery. We were seated in the house at around 9 pm when we heard gunshots. Later, we were told that it was my brother who had been shot. I watched my brother die in hospital. That was when I told myself that the mantle has been passed on to me. I had to grow up. I had to become the man back home. All the expectations that came with that moulded me into who I am today.

If you could undo anything you have done in your life, what would it be?

That would probably be getting into public life. It is disheartening and painful when you become a target. You hear stories about you that you cannot believe. I have thought of leaving my job, leaving the country and going somewhere unknown to start life anew. I even told my mother that, and she was very surprised to hear that. But that isn’t to say I don’t love what I do. I really do. And I work on it every day.

Why do you think you have remained relevant all these years?

Because I love acting, I try to up my skill every day. Scripts and stories are different. So every time I pick a story or a script, I study and internalise it. I get to understand the story first. To understand the characters and their background. I research who the person is. Later on, when I sit with the director of the show, it becomes easier to execute.

Which actor do you admire most?

I look up to Danny Glover and Will Smith. If you want to sharpen your skills, learn from the sharpest. Met Danny in Nigeria when I went for the Africa Movie Academy Awards when our film, From a Whisper was nominated. If I was 100 per cent in the acting business, that is where I would aspire to be. But since in Kenya the industry has not really appreciated acting, you have to work hard to make it in other careers.

My Stroy: I Haven’t Peed Normally Since I was 10 Years Old < Previous
Things to Know About Gossip Vlogger Edgar Obare Next >
Recommended stories you may like: