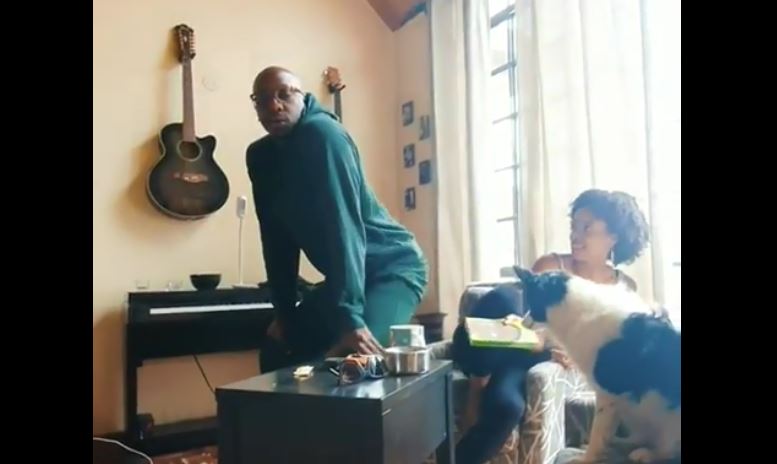 Sauti Sol singer Bien-Aime Baraza and his fiancée Chiki Kuruka have once again lit up the internet after giving their fans on social media an inside look into their ‘madness’.

Just like they did about six months ago, the lovebirds have got people talking over a dance video that was shot in the comfort of their home. 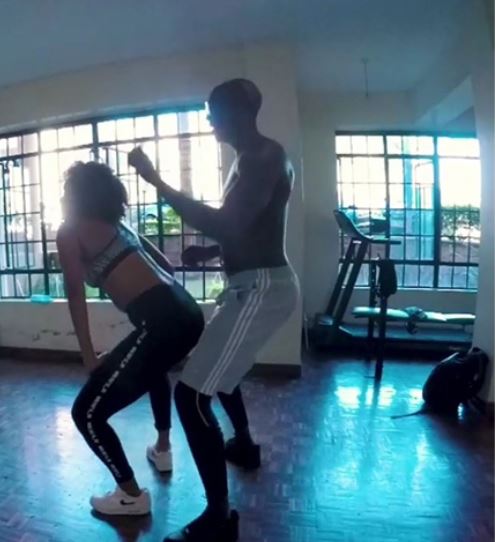 The towering Sauti Sol guitarist posted the video on his Instagram account as he celebrated his dancer girlfriend’s birthday on Wednesday. It captures Bien giving Chiki Kuruka a lap dance, with the dance choreographer returning the favour. 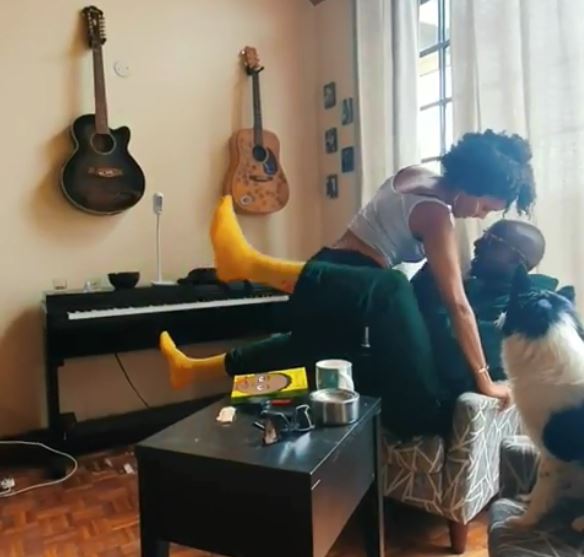 Also captured in the clip is the couple’s bewildered dog -Bijoux – who watches on as its humans go about their adult stuff unashamedly.

In his caption of the clip, Bien hinted that the lap dance was just foreplay, saying that his face is Chiki’s throne.

“LAPDANCE FOR MY BABY❤❤❤❤❤HAPPY BIRTHDAY TO THE LOVE OF MY LIFE.❤❤❤❤ There truley is no me without you. My BEST HALF. Thanks for keeping up with my ashy ass for all these years (yes years) MY FACE IS YOUR THRONE. I love you @chikikuruka. See you later ???????????? “ wrote Bien. 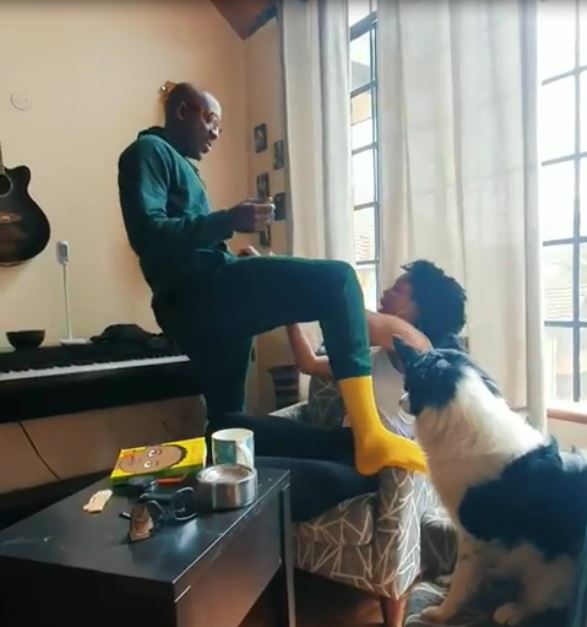 The clip had fans and other celebrities commenting in numbers.

Chiki Kuruka’s bestie and media personality Tallia Oyando added: “Face is throne ? I love you guys waiting for you two to write a caption for me. God bless you sending love always ❤️❤️❤️”

While Nviiri the Storyteller, whose song Bien and Chiki were dancing to, said: “Natuma hadi ya kutoa.”

The ‘Pombe Sigara’ singer added: “Hahahahaha???? when I grow up.”

Odibets Debuts Viral Feature That Helps Punters Delete Their Betslips < Previous
Man, 23, Dies Inside Bus after Driver Allegedly Ignored Wife’s Plea to Stop at a Hospital Next >
Recommended stories you may like: