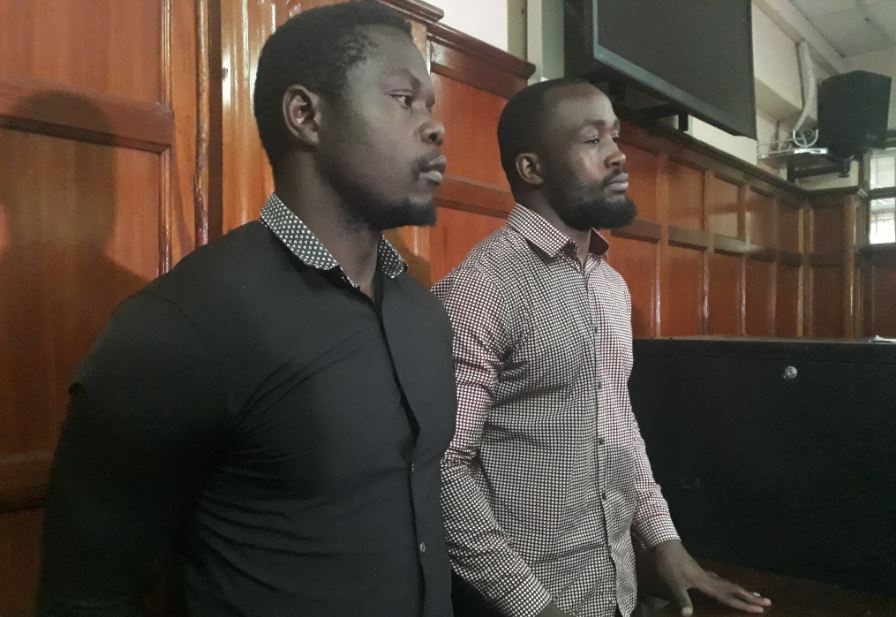 Kenyan rugby players Frank Wanyama and Alex Olaba Mahaga have been found guilty of gang-rape by a Nairobi Magistrate Court.

Wanyama and Olaba were charged with the offence in April last year after they reportedly raped a female musician at one of their residences at Seefar Apartments in Nairobi’s Highrise estate.

The woman, identified as Wendy Kemunto, told the court that she was raped by the players overnight on her birthday, February 10, 2018.

The musician became pregnant after the ordeal and further claimed that one of the rugby players, who also plays for the Kenya Sevens team, had threatened to sue if she went public.

The duo, who played for the Kenya Harlequin, will be sentenced today, Friday 9. Magistrate Martha Mutuku was ready to deliver her verdict on Thursday but Alex Olaba failed to show up.

The prosecution also applied for a warrant of arrest after Mahaga absconded for the second time.

This brings to an end 15 months of trial that started after Ms Kemunto took to social media to narrate her ordeal.

“On February 10, 2018 (my birthday) I was raped by two men. I was slipping in and out of consciousness maybe due to shock but I was helpless.

“I couldn’t fight two men who play rugby professionally, obviously they were stronger hence I let them do whatever they wanted to do the whole night,” her Instagram post read in part.

“I could have reported the case to police that day but I was still in denial, shock and exhausted! I didn’t want to report also because of the profile of these rugby players.”

“Reporting a case now will not have any impact because the way the system is set up, it helps the rapist, never the victim,” she had posted.

Mahaga and Wanyama had been set free on a Sh500,000 cash bail each after denying the charge.

Zari: I Have Learnt to Forgive Diamond and His Mistakes < Previous
Only in Kenya: Drama as MCA Farts in County Assembly After Lunch Break Next >
Recommended stories you may like: