Raila Will Have Final Say, Says Kriss Darlin Amid Backlash for Kneeling Before ODM Leader 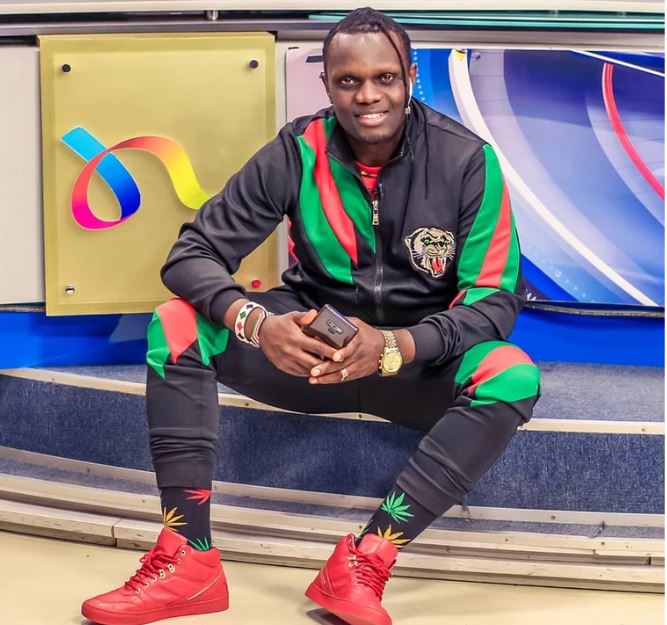 Reggae DJ and MC Chris Odhiambo alias Kriss Darlin is still a trending topic of discussion on social media after he did the unthinkable on Sunday by kneeling before Raila Odinga in his quest to succeed the late Ken Okoth as the MP for Kibra constituency.

The entertainer went down on his knees during the unveiling of ODM party candidates at Kamukunji grounds, Kibra. He went on to plead with the ODM party leader to hold his hand through the nomination process, vowing he was the right man for the job.

“I have heard that there are many young men in Parliament fighting Baba (Raila), allow me as their fellow youth to go fight them in there as you wait to fight in 2022,” he said.

“Let them shoot me if it means that you remain and lead in 2022… I ask that you hold my hand Baba…” he added. 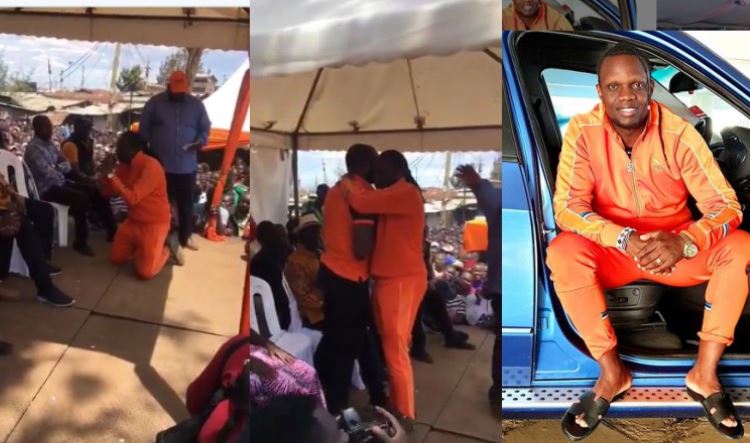 Speaking on Monday, Kriss Darlin insisted that he was not pulling a publicity stunt by kneeling before ‘Baba’.

“Raila, having been the area as MP for over two decades and because Kibra is one of the ODM’s zones in the city, he will have the final say on who succeeds Okoth,” he told the Star in a phone call interview.

He, however, noted that the decision of who will succeed the late Ken Okoth as Kibra MP will come the people of Kibra, not Raila solely.

“The people of Kibra have the final say. If elected I will represent the party, not just Raila,” he added.

The NTV Jamrock show host maintained he is the right candidate for Kibra as he was born and raised in Kibra and he resonates well with the challenges faced in the slum.

“I donate Sanitary towels to girls schools in Kibra constituency, I donate boxers to male children. I have a football tournament called Kriss darling Supercup that has been running for four years,” he said.

During the public rally at Kamukunji grounds, the ODM party unveiled a staggering 24 aspirants, with Raila ruling out a direct nomination for the party’s ticket in the by-election.

Raila said the party will conduct nomination exercise on August 31, before submitting its nominee to the Independent Electoral and Boundaries Commission (IEBC) by September 3, 2019.

We have sampled some Twitter reactions to Kriss Darlin’s stunt.

Kriss Darling has already shown bad leadership sign. Even if he wins in the nominations,Kibra people should not elect him for he will never serve them but only the master, the Magician from Bondo ! pic.twitter.com/8C7AA2QONw

Raila to Kriss Darling even after kneeling to him pic.twitter.com/HM98jNa7Ou

If Kriss Darling was a woman seeking the kibra seat,I wonder what else he would have offered baba while he was down there kneeling like some danm peasant!
??? pic.twitter.com/kgOYtDHI0V

When Kriss Darling is coming but you can’t tell him the truth coz you play football together ????? pic.twitter.com/iiVgiKA3wr

When i saw Jah Cure changing clothes on stage and now Kriss Darling kneeling before a politician i knew reggae has stopped. Lucky Dube is mad right now. ?????

Well, I don’t see the problem in kneeling down. Kriss Darling needed to prove himself at the moment! In a podium like that & being new in the game, you must find a way to be defferent. I wish him plus other candidates well! Kibra politics not a joke.

Kriss Darling should have just finished the job and sucked ‘Baba’ off since he was already on his knees ??

In 2017, Kriss Darling even CHANGED the LYRICS of this song(Black people) to fit in Jubilee. Today he has desperately knelt for Raila to be nominated, not to represent the people of Kibra but to ‘defend Raila’ in Parliament. Kenya deserves better smh? pic.twitter.com/XNKrwXbXTs

Watch: Zari Uses Insults to Tell Off Tanzanians After Being Told to Take Children to Diamond < Previous
VIDEO: Eric Omondi Flirts With Pretty Census Staff, Thanks Matiang’i Next >
Recommended stories you may like: