Matatu Driver Assaulted Me While Passengers Watched and Did Nothing 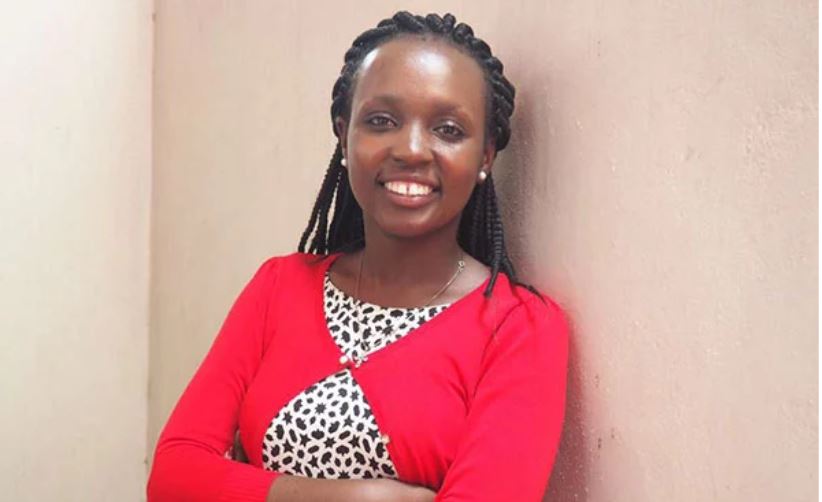 Wairimu Muthoni, 26, was physically assaulted and thrown out of a matatu. She shared her ordeal with Nation.co.ke and explained why she will not rest until justice is served.

“I am very choosy as to what type of matatu I board. I only use one that gives tickets. That’s why I am limited to KBS and City Hoppa buses.

If a route doesn’t have my preference, I use 14-seater matatus, and ensure to note the registration details and master crew faces. I also ensure I have the fare in loose change.

I will timidly sit on my seat and avoid any talk with the conductor. This was not always the case. I have taken matatus confidently as far back as I can remember.

I have never owned a car, so matatus have been my means of choice. Or should I say means by force!

My ordeal starts in 2018. It was 9 am, on Tuesday, August 7 to be precise. I was on my way to Westlands to deposit money in my sacco.

I was interning in human resource with a non-governmental organisation. I now work at an auto centre.

I went down to Moi Avenue that morning and boarded a Super Metro minibus to Westlands. I remember I was the last passenger to board.

Turns out it wasn’t going to Westlands but Juja. I politely asked the conductor to drop me at Ngara. I gave him a note of Sh1,000. I didn’t have any loose change for the Sh20 fare.

The conductor said, ‘Madam, sina change ya hizo pesa (Madam I don’t have change).’ We stopped at the Ngara flyover bus stage.

I told him, ‘Sishuki bila change yangu (I will not alight without my change).’ The driver was getting impatient so he began to drive on. I insisted on my change. A few meters after the flyover the driver pulled over.

He got out of the bus, made his way to the passengers’ side, slapped me hard and shoved me out of the minibus. I was too shocked to react. He flung my belongings at me.

I had my handbag, a shopping bag, a brown A4 envelope and a notebook holding the sacco cash.

He also flung some notes of my change to me. All the passengers watched while the driver assaulted me but did nothing to help.

The side of my left leg was badly bleeding. My face was puffed up, my eye was swollen. My phone also broke in the commotion.

I was dishevelled and speechless. The minibus had sped off so I only caught the first letters of its registration plate, as KCH. I collected my belongings but I couldn’t locate the envelope with the cash.

I knew I had to report the assault. I flagged down a boda-boda off the highway and asked the rider to take me to the Directorate of Criminal Investigations (DCI) office on Kiambu Road.

At Kiambu DCI, I was told to report to Pangani OCS. I was driven there in a police car. An entry was made in the Occurrence Book (OB) and my statement recorded.

They gave me a P3 form and directed me to MSF where a government doctor would stamp it. A certain Dr Ian cleaned and bandaged my wounds and told me to return the next day because he didn’t have the required stamp.

I returned the next day. ‘There’s no Dr Ian who works here,’ the reception told me. It took two more visits and threats for another doctor there to stamp the form.

I then needed to identify the minibus and driver who’d assaulted me. I went to Super Metro offices and met the shift supervisor.

He gave me a list of all the 99 minibuses in their fleet. He and I spent hours ticking off the minibuses as they arrived. There were only three KCH’s in their fleet — but the one I had been assaulted in didn’t come in.

I was determined to bring my assaulter to book because there’d been cases in the past where women die after being shoved off buses. It’s heartbreaking.

Two weeks later, I noticed a change in the police. The investigative officer lost momentum.

I was frightened for my safety. I trembled with the thought of going downtown again, imagining the Super Metro people would harm me in some way.

I took to social media to air the incident. Danny Khisa tagged the DCI on Twitter and commented, ‘Why is it difficult to report to police and follow up?’

It’s from these retweets that I got an audience with NTSA (National Transport and Safety Authority). After several progressive visits, they got me the owner of the minibus from their logbook records.

I had to return to Pangani OCS for updates, file a complaint with the Police Headquarters for inaction, get another investigative officer assigned, write letters to NTSA and return for meetings with the higher office.

Eventually, we were back to where I began. We had a meeting between the investigating officer, Super Metro’s directors and the matatu owner. “I confirm the matatu was not on the road,” uttered the owner to my shock.

That’s when I decided to take the matter to court.

At Makadara Law Courts in early September my case was dismissed because the defendant didn’t produce the driver who’d assaulted me. ‘A new case will be filed when — and if — we have the right driver in court,’ my lawyer explained.

I was back to the motions again. I was told to write another letter to NTSA but I knew I was just being taken in circles.”

Hilarious Posts by Kenyans on Social Media to Take Away Those Tuesday Blues < Previous
The Trending Pics in Nairobi Today Next >
Recommended stories you may like: