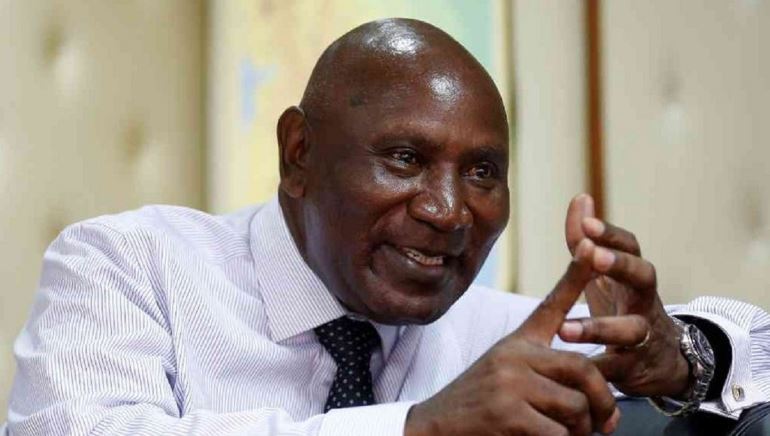 Following the end of his tenure as Auditor General, Edward Ouko is said to have been offered a job as Treasury CS.

Ouko’s eight-year non-renewable term ended on Monday as he remained mum about his future. This has led to speculation that he has been approached for the Treasury CS job, with observers noting that he would be the ideal candidate to replace the embattled Henry Rotich.

But Ouko has dismissed reports of being approached. “I have not been approached by anybody for anything,” Ouko said, adding that he will continue fighting corruption and impunity.

“There’s still so much to do and I think it’s our collective responsibility whether you’re in government or not for the fight corruption and impunity to continue.”

The outgoing AG, who was speaking at the University of Nairobi this week, described the job which he was reluctant to take at first as “the most fulfilling in his life.”

Ouko noted that one of the main challenges he faced as Auditor General was unmotivated workforce due to poor salaries.

“Most of the staff were unreceptive to technology. However, I worked hard to change the situation. I had to do something about mindset change,” said Ouko.

He noted that he has left solid systems to prevent his staff from being compromised.

Ouko further proposed that the auditor general should be allowed to make statements during budget readings highlighting how the previous budget was spent.

“Otherwise we may end up with budgets continuously loaded with wastage,” said Ouko. He also proposed that serious lifestyle audits be taken to counties.

Pastor Accused of Raping 4 Sunday School Minors in Church < Previous
PHOTO of Sh100 Million House in Runda Kitany Allegedly Built for Linturi Next >
Recommended stories you may like: