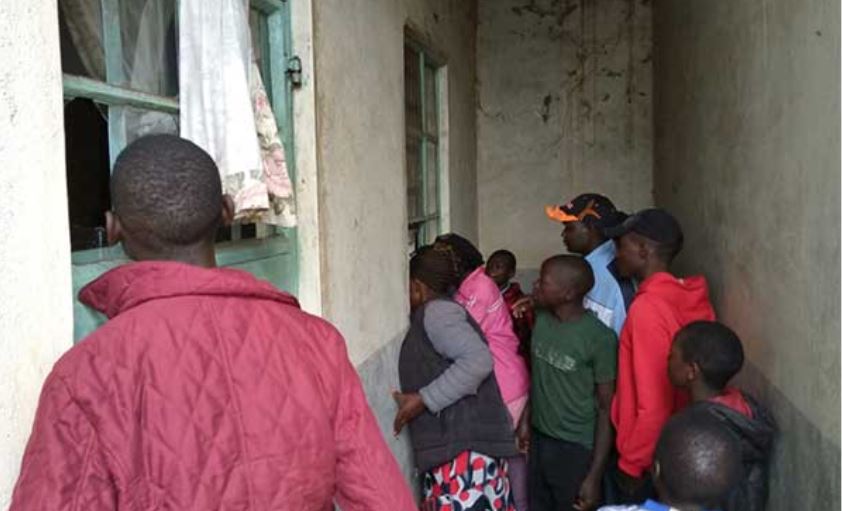 A man and his wife died in an apparent murder-suicide in Makunga village, Trans Nzoia County on Sunday following a quarrel over a suspected love triangle.

Reports show the man, identified as Stephen Kagumo, slashed his wife Caren Chebet to death and later hanged himself at their home.

A neighbour, identified as Kennedy Barasa, said he heard a loud scream from the couple’s house at around 3 am Sunday that prompted him and other neighbours to rush to the scene.

They found the door locked from inside and Mr Barasa, who is a welder, broke it down.

“To our shock, we found the woman lying in a pool of blood on the bed and the husband had hanged himself using a rope in another room,” he said.

Confirming the incident, Chief Selina Upande said the couple never had any domestic fights. She told the Nation that on the night of the incident, Mr Kagumo had arrived at his home at around 9 pm after watching football matches and later a fight ensued at around 3 am.

Ms Upande said the woman’s sister, who was staying with them and their 18-year-old child, was woken up by commotion between her sister and brother-in-law in their bedroom.

“When she rushed to the next room she found her brother-in-law with a machete in his hand quarreling with the wife. When she inquired what was happening, the man threatened to kill her and that forced her to rush outside the house,” said the administrator.

Neighbours who talked to the publication said the incident was as a result of an alleged suspicious love affair.

“It is so unfortunate that a husband can kill his wife in a heinous manner and then hang himself. In this kind of situation, I urge couples to always tell their problems to someone to prevent such incidents,” he said.

The bodies were taken to the Kitale County Referral Hospital mortuary.

I Lost Loan Money to a Con and Ended Up in Prison < Previous
I Was Born Intersex, Raised as a Girl but I Decided to Be a Man Next >
Recommended stories you may like: